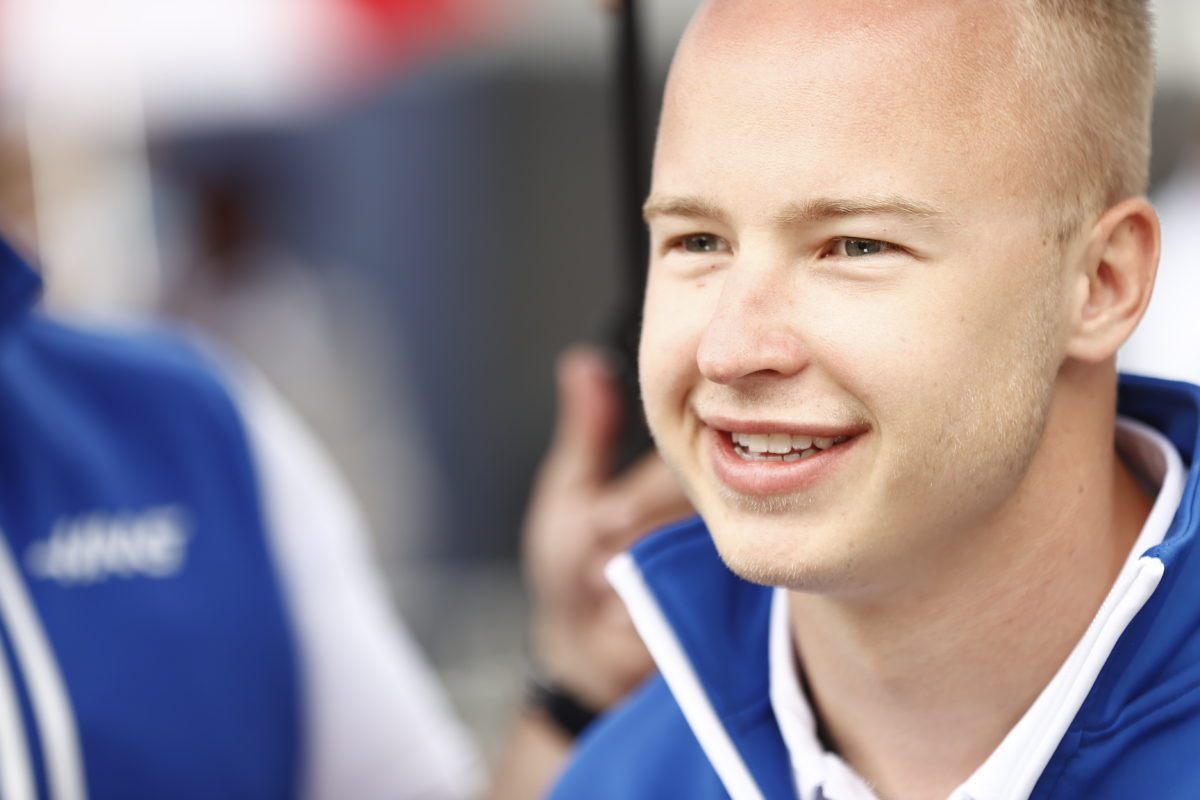 Nikita Mazepin has got his own back on team boss Guenther Steiner after receiving a tongue in cheek gift over the Formula 1 Styrian Grand Prix weekend.

Last weekend, the Haas team principal presented Mazepin with a spinning top which he dubbed the ‘Mazespin’.

In response, the Russian driver has this weekend returned serve by presenting Steiner with a door.

The Italian had the door on his trackside office broken in 2019 by Kevin Magnussen following a heated meeting between the team boss and his former driver, a moment documented by the Drive to Survive series.

Not to be out-done by the spinning top, Mazepin presented the door as a gift.

“Guenther you know as Russian people, if we receive a present and don’t give anything back, that’s known to be not polite and we’re everything but not polite,” Mazepin explained when giving the door to Steiner.

“We have got very good manners and that’s why I came up with an idea with some of my followers that you have got a broken door from last year or the year before with Kevin.”

As Mazepin had, Steiner too accepted the gesture with good graces, joking that “for sure somebody is missing a door at the hotel.”

Speaking to the media on Friday, Steiner shed more light on the exchange.

“Apparently, in Russia, if you get a present, you need to give a present back,” he said.

“We gave him the present of the Mazespin, of this game, so his present back was the door.

“The door was a present because of two years ago with what happened with Kevin – Romain [Grosjean] was not involved with that one, he was the good guy this time – so he thought I needed a new door.”