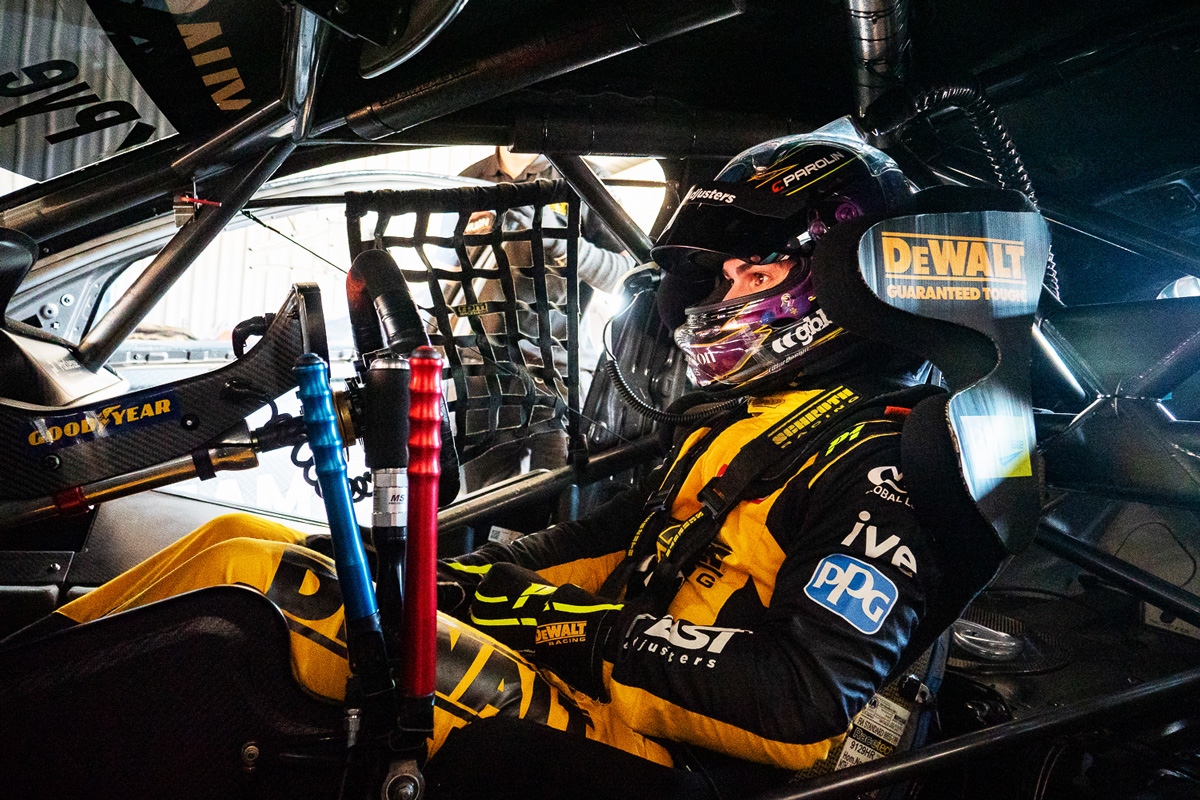 James Golding knows time is of the essence if he is to ever return to the Repco Supercars Championship grid in a full-time capacity.

The Warragul product was solid if unspectacular in two complete campaigns with a somewhat struggling Garry Rogers Motorsport in 2018 and 2019.

When GRM pulled the pin on its Supercars involvement at the end of 2019, Golding was left to resort to co-driving, securing a gig with Team 18.

Golding was arguably one of the best performing co-drivers across the 2020 Bathurst 1000 event, helping Mark Winterbottom to an eighth-place finish.

Still unable to secure a permanent seat, Golding has this year switched to the other side of the Team 18 garage to partner Scott Pye in the DeWalt Racing entry.

“He’s finished runner-up a few times. Hopefully he’s due for a win and I’ve just come along at the right time,” Golding told Speedcafe.com of Pye.

A strong result at Mount Panorama would do no harm to the 25-year-old’s renewed efforts to get back in the main game.

“I’m definitely leaving no stones unturned and I’ll be putting in 100 percent effort and making sure I do my job the best I can come Bathurst. Whether that leads me to an opportunity or not, we’ll wait and see,” Golding said.

“I mean Bathurst is sort of that late in the year that you can’t be relying on that to get you a drive.

“I think I’ve done enough previously – last year I basically didn’t put a foot wrong and my pace was right up there, and like the year before when I was still in full-time with GRM, we were sort of racing right at the front [at Bathurst] for podium positions at the end until my wheel came loose.

“I don’t think I really need to do anything crazy to prove that I can be there. “It’s about being in the right place at the right time, continually doing a good job, and trying to get it all together to get in a full-time drive again.”

Golding is wary though of the importance of not being sidelined for a third straight season.

“I mean we’ve seen some people come back after multiple years, Chris Pither has done that before, but it is definitely not ideal,” he said.

“And also you do want to be in the car more frequently, the Supercars do get a lot of on-track time so if you have a year off, you’re missing out on a fair few laps.

“So that’s really important for me, to not leave any stones unturned and push as hard as I can to get back in full-time.

“I’m not saying it’s going to be the be all and end all, but it’s definitely really important that I get back in next year for my career.”

Having competed in the inaugural season of the S5000 Australian Drivers’ Championship, one good piece of news for Golding’s Supercars hopes was the awarding of an additional Racing Entitlements Contract to Tickford Racing last month.

That means there should be 25 seats in total next season, up from 24.

Golding has had occasional sponsorship support from Boost Mobile, with Peter Adderton describing their arrangement as being “case by case”.

Adderton has flagged his intentions to have at least two Boost Mobile cars on the 2022 grid.

“I think he is one of the most underrated drivers; he’s also about the most unlucky driver,” said Adderton.

“He’s incredibly talented but unlucky when it comes to getting a seat in a car.”