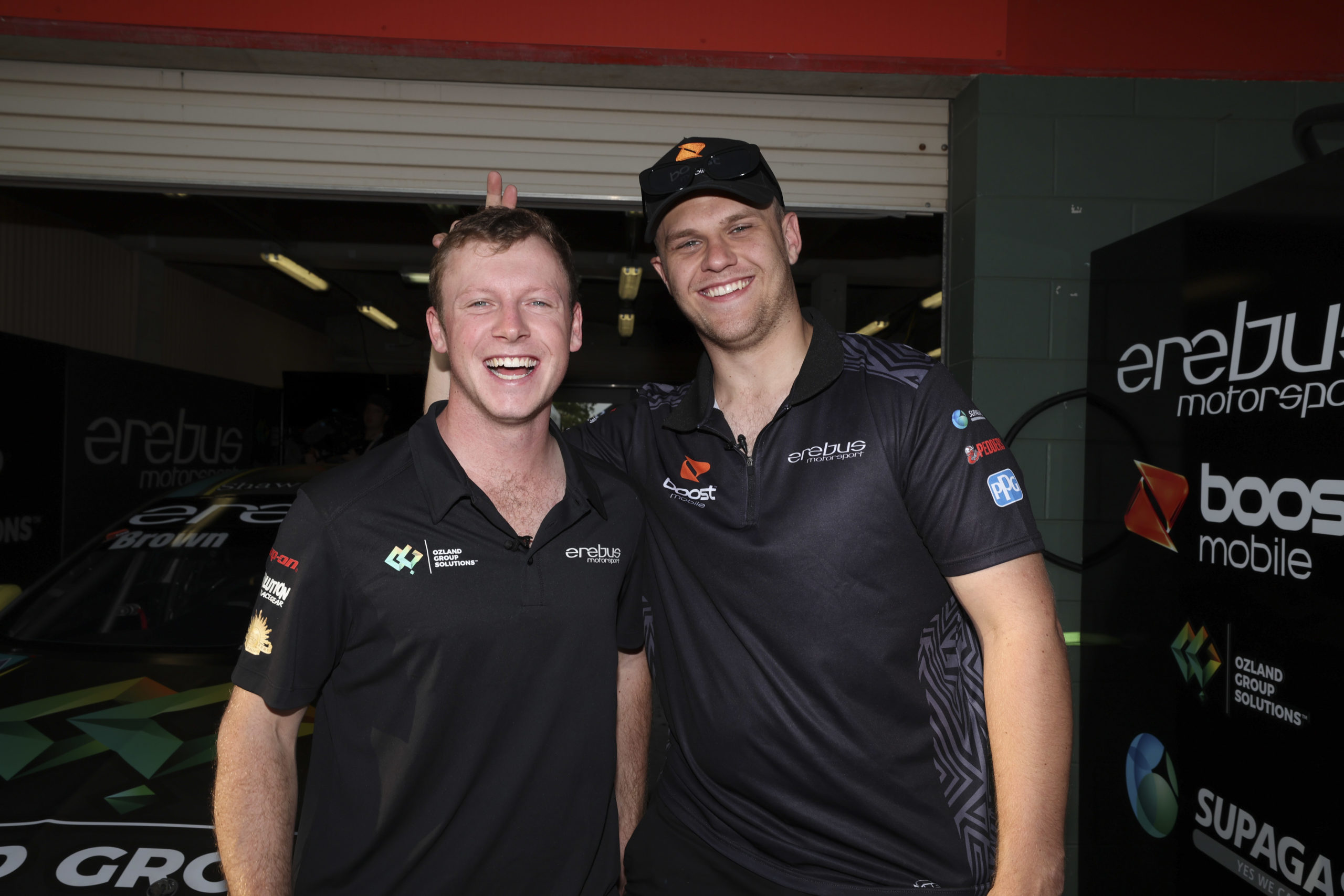 Erebus Motorsport boss Barry Ryan has ruled Will Brown and Brodie Kostecki out of the running to switch camps to Triple Eight Race Engineering next year.

The pair have been standout performers in the first 14 races of this year’s Repco Supercars Championship, sitting 10th and 11th respectively in the drivers’ standings.

Kostecki has the team’s sole podium this season with a second place finish in the wet at the Sandown SuperSprint.

It marked the best round to date for Brown as a solo driver, finishing all three races inside the top 10.

Kostecki in particular has been among the names floating in the paddock as a possible candidate to replace Red Bull Ampol Racing driver Jamie Whincup in 2022.

The seven-time champion is set to retire from full-time driving at the end of the season before transitioning to the role of team principal.

Speaking with Speedcafe.com, Ryan said neither of his drivers are candidates for the seat, with both on two-year contracts.

“It’s not going to be next year, there’s no way they’re going anywhere next year,” said Ryan.

“My bet is probably down to two people that I think it’s going to be. So we’ll see. It’s definitely not going to be Brodie or Will.” 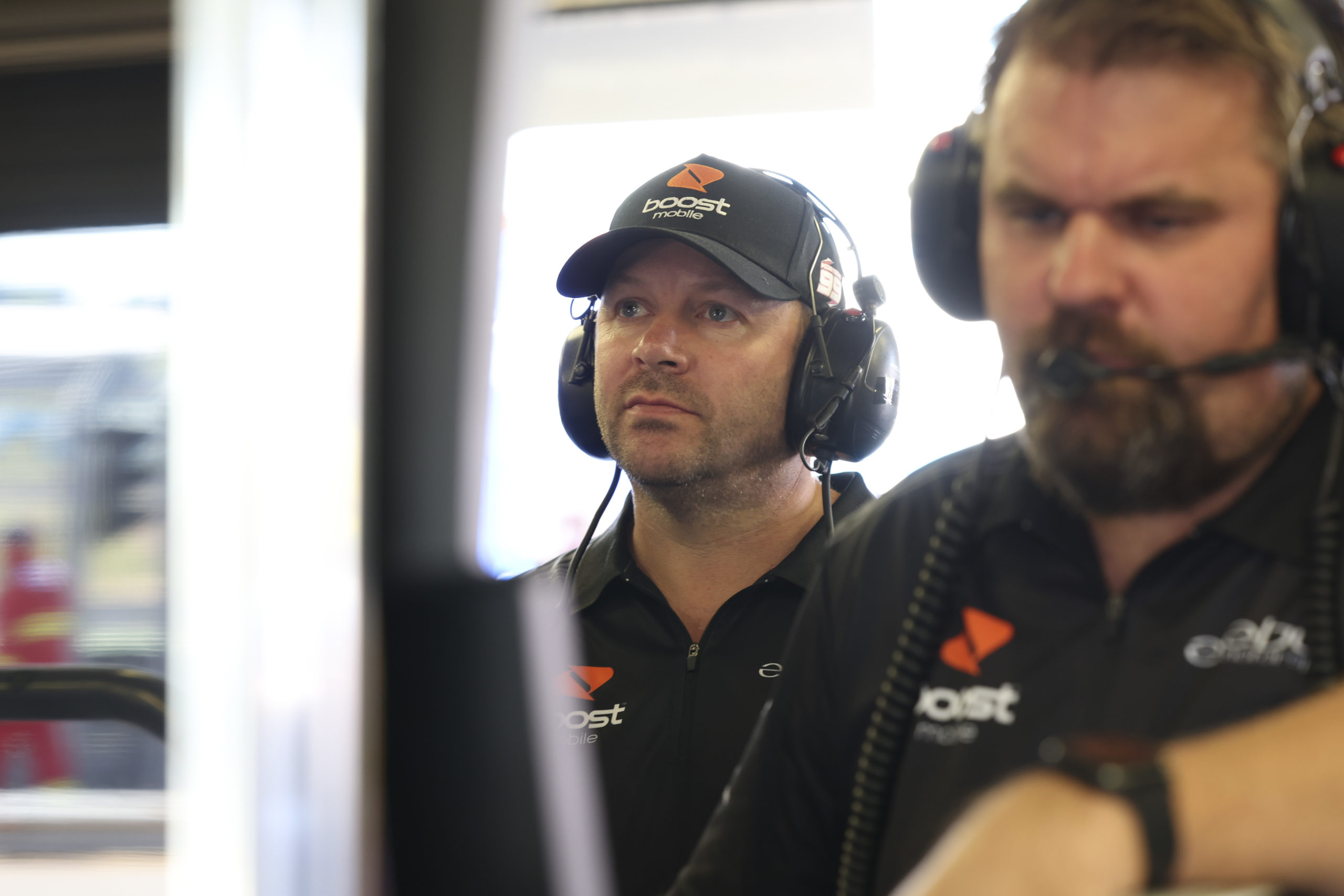 While neither of his drivers are on the market, Ryan said he hopes other teams will notice the performances of Brown and Kostecki and look to give other young drivers a shot.

Zak Best has ties to Tickford while Broc Feeney and Angelo Mouzouris are under the wing of Triple Eight.

Erebus itself has ties to the Super2 Series and third-tier Super3 Series through the Erebus Academy, in which it supports Jaylyn Robotham and Reef McCarthy.

“I would really like to think that Roland [Dane] and Jamie [Whincup] and their management group up there would see the opportunity to actually almost do what we’ve done and grab someone that deserves it,” Ryan explained.

“They’ve got Shane [van Gisbergen], so for the next five years or more, he’s going to keep winning races and be leading the team.

“Firstly, I think it’s a perfect opportunity for those guys to take someone on, like a Broc Feeney, or someone like that.

“Then they’ll be proud they’ve done it and not just taken a driver from another team that’s already been shown the ropes and is maybe more ready to go.

“It’s going to be interesting to see, but I’ve had the conversation with Brodie and Will that this could happen one day, but I hope you want to stay.

“They’re both committed, so I’m hoping their commitment is genuine.” Ryan said the team has proven its doubters wrong with Brown and Kostecki, who both came to the series without a Super2 Series crown.

Nevertheless, the pair have been high achievers.

Kostecki, meanwhile, won the opening two races of last year’s Super2 Series but had his title bid cut short due to complications for his Eggleston Motorsport team as a result of the COVID-19 pandemic.

Ryan said Erebus saw their respective capabilities and believed they were both deserving of a shot.

“I hope it gives other teams confidence, if you can find the right drivers, you need to take this opportunity and do it,” said Ryan.

“Full credit to all the commercial partners and fans who have stood by us, because you could easily look at it on paper and go ‘what the hell, why would we support them?’ when you didn’t know the full reasons and why we were doing it.

“We’ve got a lot of people to thank in the background that have allowed us to do it, particularly Betty [Klimenko, team owner] for having the faith in us to make that decision.

“It’s sometimes good to see a plan and know what your plan was and actually execute it and start kicking some goals. It’s good.

“We haven’t finalised our plan yet. We still need to win a race by the end of the year.”

Brown and Kostecki will be back on track at the NTI Townsville 500 across July 9-11.