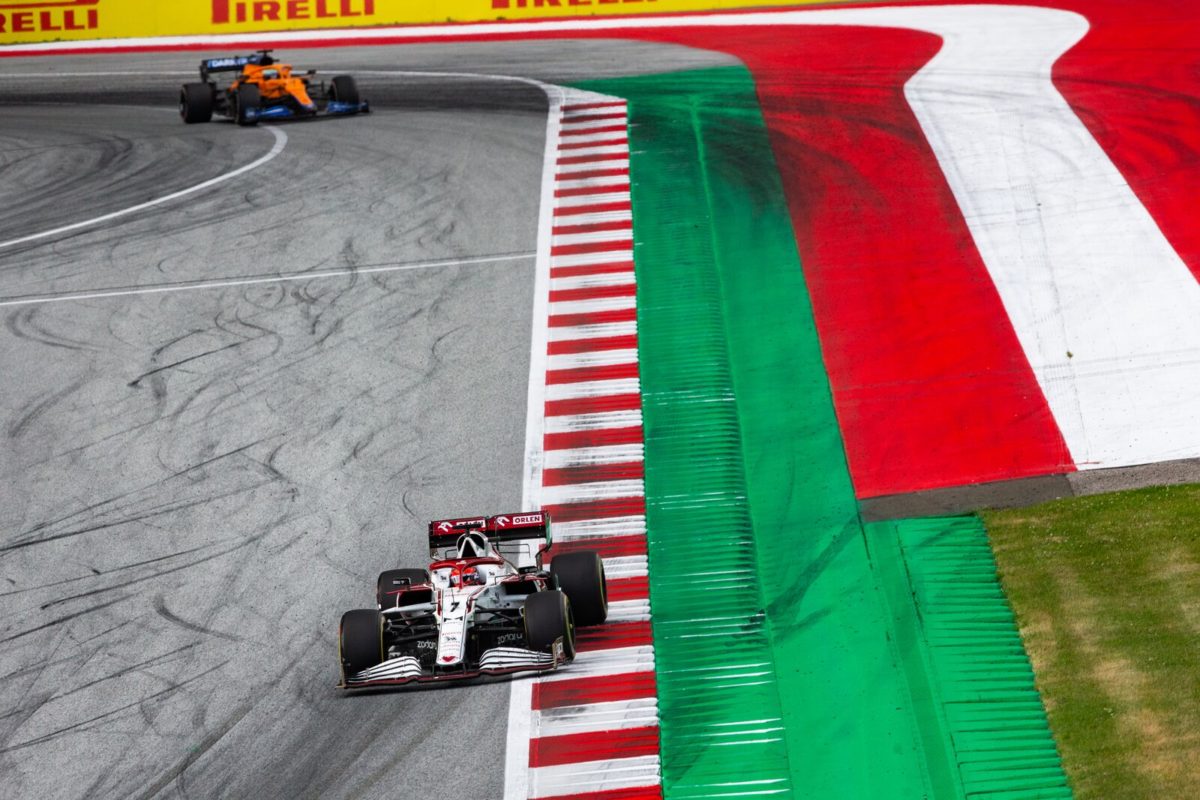 Officials have reacted to concerns among drivers regarding the final sequence of corners at the Red Bull Ring.

While much of what took place last weekend from a race control standpoint has carried over, FIA race director Michael Masi has issued one change ahead of Free Practice 3.

That relates to drivers backing off around Turns 9 and 10, the two right handers which end the lap.

During practice on Friday, there were a number of close calls, prompting Charles Leclerc to comment over the radio about the dangers it posed.

It means those on the racing line cut across the pit entry blend line on the apex of the corner, which is also where cars typically queue. Closing speeds can therefore be especially high.

In response, Masi has stated that drivers looking to create a gap for a hot lap will have to do so before that sequence of turns.

“During any practice session, any driver intending to create a gap in front of him in order to get a clear lap should not attempt to do this between the entry to Turn 9 through to the exit of Turn 10,” Masi wrote in an amended note to teams.

“Any driver seen to have done this will be reported to the stewards as being in breach of Article 27.4 of the Sporting Regulations.”

Free Practice 3 for the Austrian Grand Prix gets underway at 20:00 AEST.

Qualifying, which is also considered a practice session as far as the regulations go, then follows at 23:00 AEST.