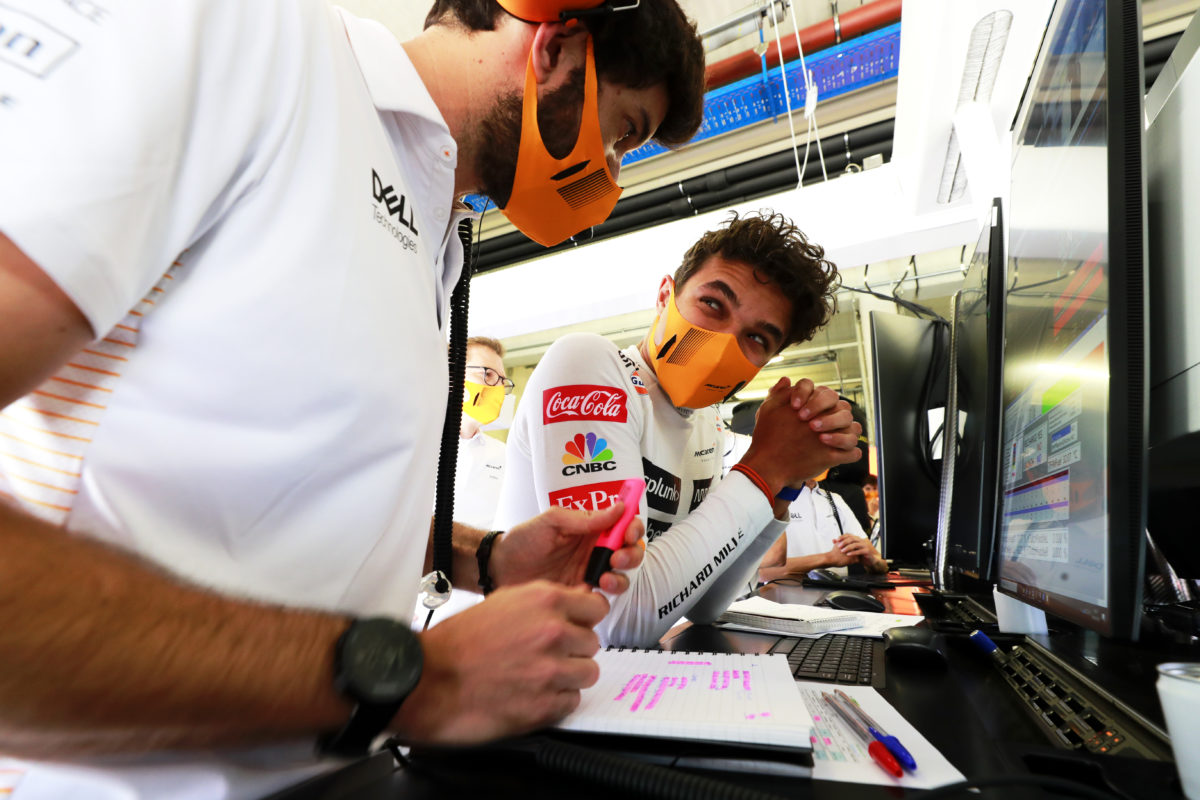 While Lando Norris may be one of the standout performers of the 2021 Formula 1 season, the Brit is not satisfied.

The McLaren driver currently sits fourth in the drivers’ championship, the highest placed driver outside of the Red Bull and Mercedes powerhouse teams.

In the opening eight races of the season, he’s stood on the podium twice thanks to third place finishes at the Emilia Romagna and Monaco Grands Prix.

“So 100 percent I’m doing better this year than I did last year,” he said.

“I think I had moments last year where I was doing as well as I have done this year, but just more inconsistently.

“The main thing I’ve done well this year is just having the consistency side of it.

“I don’t think there’s been any missed opportunities anywhere – maybe in qualifying and whatever you could say could have been one or two positions I had like in Imola and things like that.

“But in terms of race performance, there’s never been anything big.”

In his third season of F1, 2021 marks his strongest opening to a campaign.

“I mean, I’m happy with how I’ve been doing,” Norris said.

“I don’t think I ever get ahead of myself, and get too confident or too cocky or anything. I always want more, so I’m never satisfied with what I’ve done.

“I always believe there’s potential to do better in myself and everything, even when it’s a great lap.

“Like last weekend there was a potential to, if you put the lap together and you review things to, not easily, but to be ahead of both the Mercedes and a bit closer to Verstappen.

“But it’s the same for everyone,” he added.

“I’m sure that Valtteri [Bottas] and Lewis [Hamilton] could have done a better lap and things like that, but I don’t take it for granted.

“So I’m continuing to try and improve.

“I’m still learning and a lot of it’s just down to work, really, spending more time with my engineers and the people around me to improve on things, do a better job every weekend, review everything I can.”

His progress, he reasons, is down to the simple things.

“Probably isn’t the most fun answer, or [the most] interesting one, but it’s the one which makes the biggest difference.”

The Austrian Grand Prix gets underway tonight, starting with Free Practice 1 from 19:30 AEST.