Report: Plan for Portugal to replace Australian MotoGP round

Report: Plan for Portugal to replace Australian MotoGP round 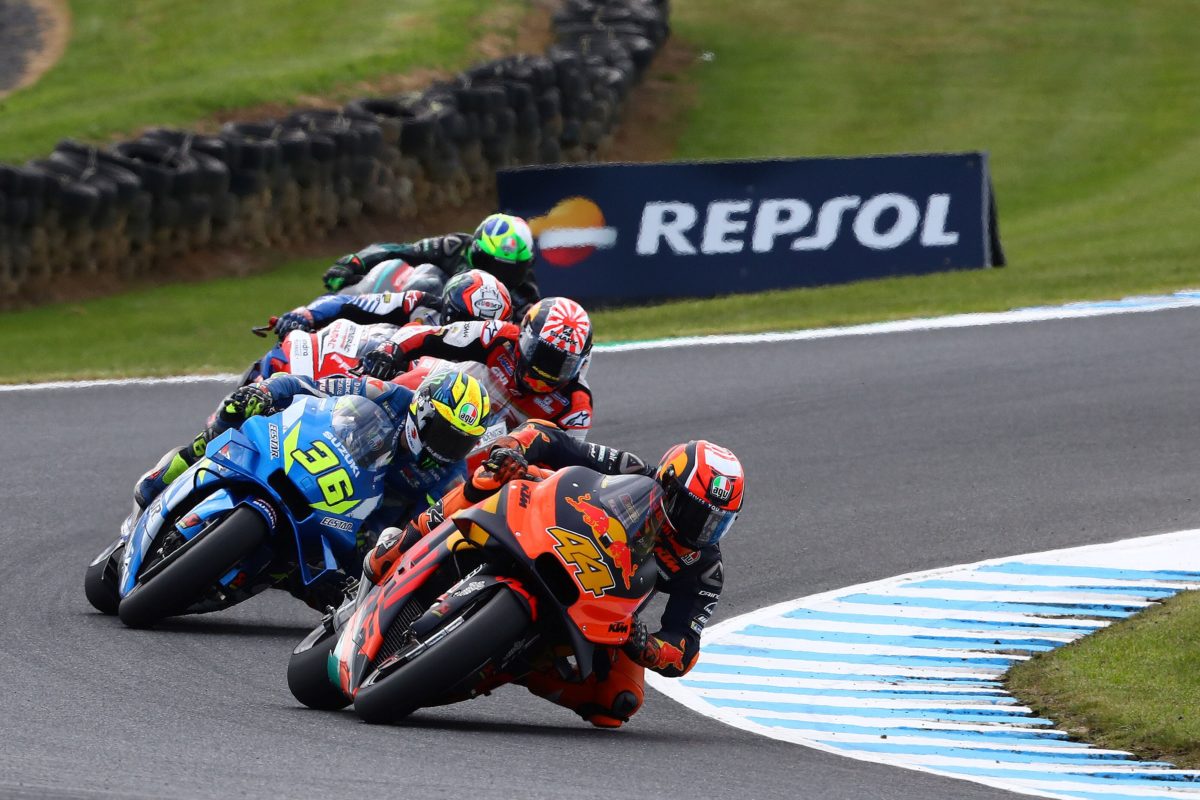 Dorna Sports is reportedly preparing to replace Australia’s MotoGP round with another at Portugal’s Portimao.

Phillip Island is currently slated to play host to MotoGP on October 22-24, although that is doubtful due to the country’s ongoing external border closure.

According to German outlet Speedweek, plans are being made for another visit to Portimao, which was the venue for the first European event of the season back in April.

However, that would trigger further movement in the Asian flyaways, with Thailand’s Buriram left on its new date of October 15-17 but Malaysia’s Sepang brought forward to the (former) Phillip Island weekend.

The championship would then have a week off before Portimao on November 5-7 and the season finale at Valencia, seven days later.

That does not mean that the Australian Motorcycle Grand Prix is definitely off for another year, having been cancelled for 2020, although it should be noted that national cabinet agreed to cut overseas arrivals just today.

Caps on inbound travel would only be restored to previous levels in phase two of the four-phase plan announced by Prime Minister Scott Morrison, and that is not likely until next year.

“Further detail will be provided upon finalisation with all parties.”

It was barely a week ago that Dorna announced the cancellation of the Japanese Grand Prix which normally precedes that of Australia by a week.

In its place, the Grand Prix of The Americas was finally given a new date on the calendar of October 1-3, leading to Thailand being pushed back a week from its original October 8-10 date.

MotoGP is currently on its summer break, ahead of back-to-back rounds at Austria’s Red Bull Ring from August 6-8.