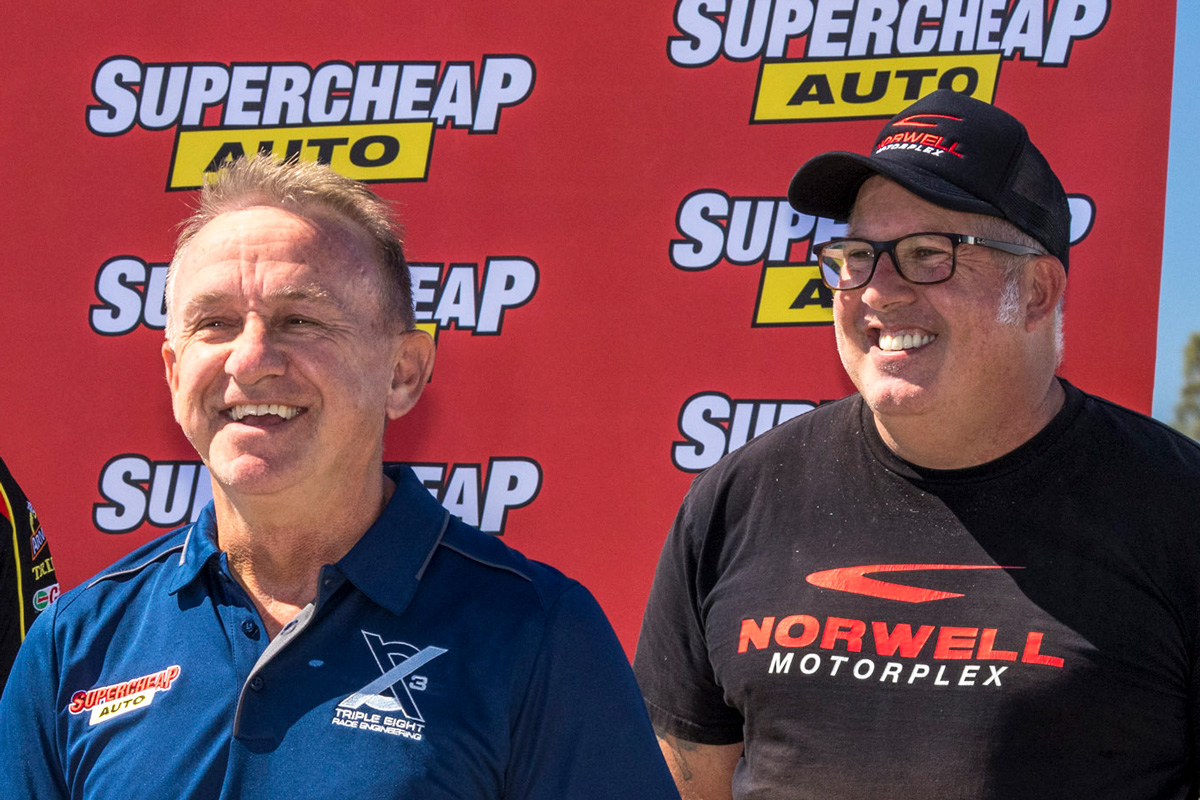 Prospective Supercars owner Paul Morris has broken his silence as various powerful groups line up to buy the category.

Several revelations have come to light in the past week regarding the serious interest in acquiring the majority stake in the business, with Archer Capital actively looking to offload its 65 percent share.

Besides a string of Adderton social media posts, the signing of non-disclosure agreements has prevented interested parties from talking publicly. That is, until tonight’s episode of Enforcer & The Dude featuring co-hosts Russell Ingall and Morris.

The latter acknowledges the factor of NDAs but tiptoes around the matter by speaking in hypotheticals and without directly confirming any particular detail.

In the episode, Morris shares his confidence that Tim Miles, who’s been hired by Archer to facilitate a sale, will “find the right buyer for it”.

When asked by Ingall about his reported consortium, Morris doesn’t exactly move to deny such suggestions.

“I don’t think there’s any doubt that Pete Adderton would throw his hat in the ring and I think he is probably smart enough to surround himself with the right people to fill the gaps where he is not knowledgeable enough,” he says.

“So, hypothetically speaking, that would be a pretty good group of people to run the sport.”

“I think the sport and the way it’s run needs a galvanising figure like Pete Adderton,” he says.

“It needs a rainmaker. You need your Bernie Ecclestone, you need your Tony Cochrane and you need that person like Pete that people follow and they’ll make things happen.

Morris and Ingall further analyse how the five-strong consortium could balance each other out with different strengths, and address the rival bid involving five-time Supercars champion Mark Skaife partnering with TLA Worldwide/TGI Sport.

The topic of Gen3’s timeline is also discussed, which gives potentially intriguing insight should the Morris consortium be successful in its acquisition bid.

The full episode will go live on Enforcer & The Dude’s YouTube and Facebook channels from 18:00 AEST tonight.