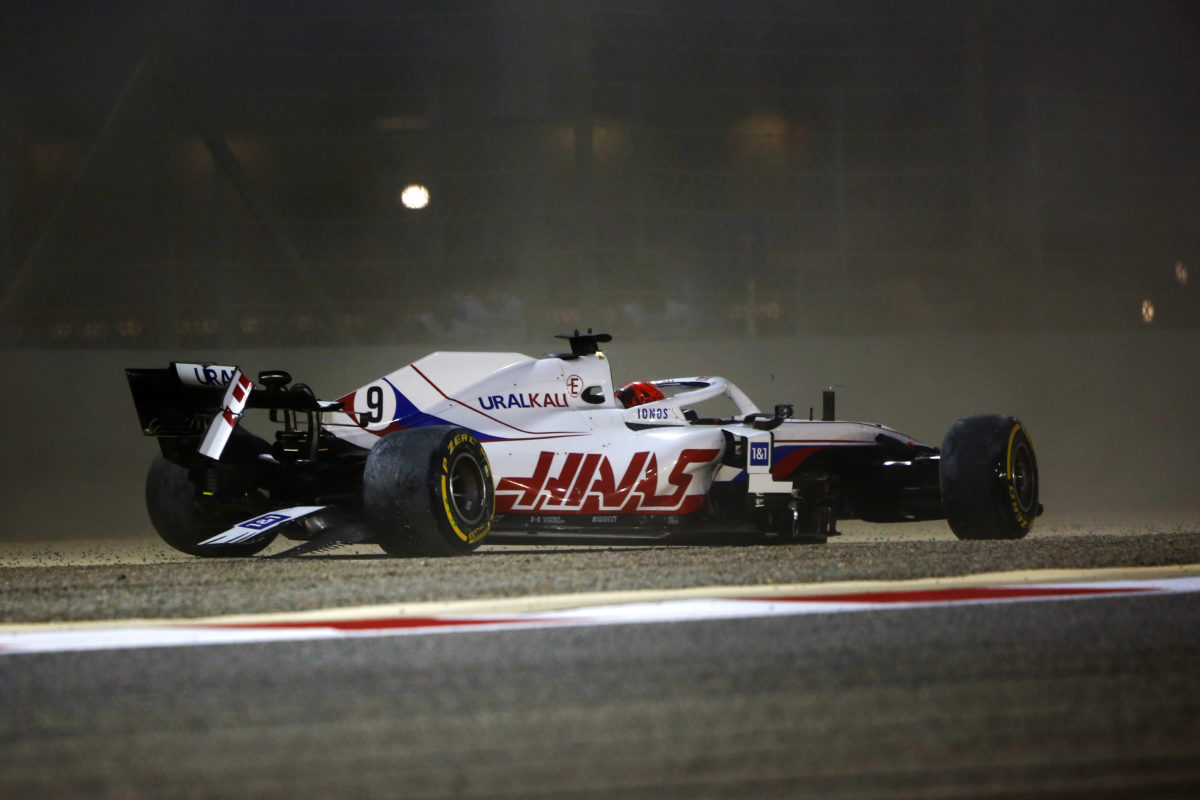 Nikita Mazepin crashes out of the Bahrain Grand Prix

Nikita Mazepin is happy that his performances and newfound Formula 1 reputation have put a smile on the faces of fans.

The tongue in cheek gift was a nod to the ‘Mazespin’ nickname the 22-year-old has gained during the course of the opening eight races of his F1 career.

“I would just say that just imagine if I didn’t spin a few times in Bahrain, the Mazespin wouldn’t be born,” he said.

“I think the amount of people that probably received a smile on their face is quite a big amount.

“I just wouldn’t really want those people to have a miserable day.

“So probably it’s good, because at least I can bring some positivity with the newborn child of mine.”

Not helping Mazepin’s cause has been a Haas VF-21 which is widely regarded as an especially difficult car to drive.

An evolution of last year’s car, which saw the experienced pairing of Romain Grosjean and Kevin Magnussen score just three points between them, it has undergone little to no development this season.

That’s part of a deliberate programme, which has seen the US-registered squad instead focus its efforts on 2022, when sweeping new regulations will come into effect.

Mazepin and fellow rookie team-mate Mick Schumacher have therefore been largely left to fend for themselves, neither of the two having yet scored a point.