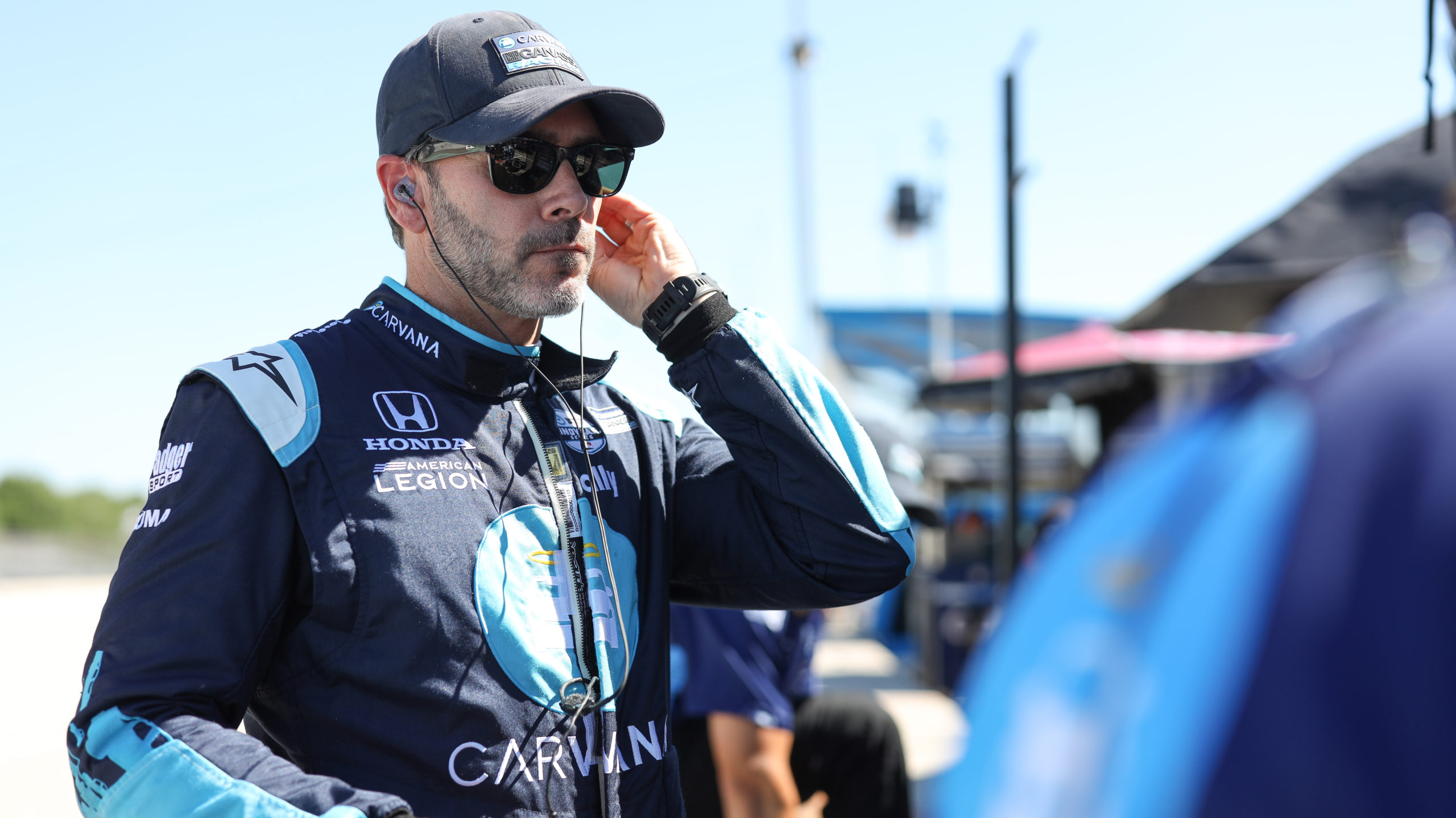 A month-long break in the IndyCar Series could be Jimmie Johson’s best chance this year to sample a high-speed oval in a single-seater.

The seven-time NASCAR Cup Series champion is currently in the midst of his maiden IndyCar Series campaign off the back of 20 years racing in the premier stock car series.

However, this year’s programme is limited to the road courses and street circuits with the 45-year-old electing not to run the three oval events.

Initially, Johnson was said to have little interest in competing on the speedways, but now the pilot of the #48 is eyeing up an oval testing programme with a view towards the 2022 Indianapolis 500.

That would give Johnson a taste of IndyCar on an oval before completing his Rookie Orientation Practice (ROP) that is required to race at Indianapolis Motor Speedway.

“We’re trying to set up a test for me to run a big oval so that I could then go to the Brickyard for the fall tyre test that typically happens and go through my Rookie Orientation,” said Johnson.

“And we’re trying to find either Texas or Homestead. I need to run one of those two first before I can go to the ROP at the Brickyard in the fall.”

The cancellation of IndyCar’s sole event outside the United States in Toronto, Canada was cancelled due to the COVID-19 pandemic.

That has left a four-week gap to IndyCar’s maiden event on the Nashville Street Circuit.

Johnson is halfway through his 12-race campaign, and of the events remaining, he’ll only miss one; that being the only remaining oval race on the calendar at Gateway.

The IndyCar Series continues this weekend at the Mid-Ohio Sports Car Course with an 80-lapper set to get underway on Monday (AEST) at 02:00.