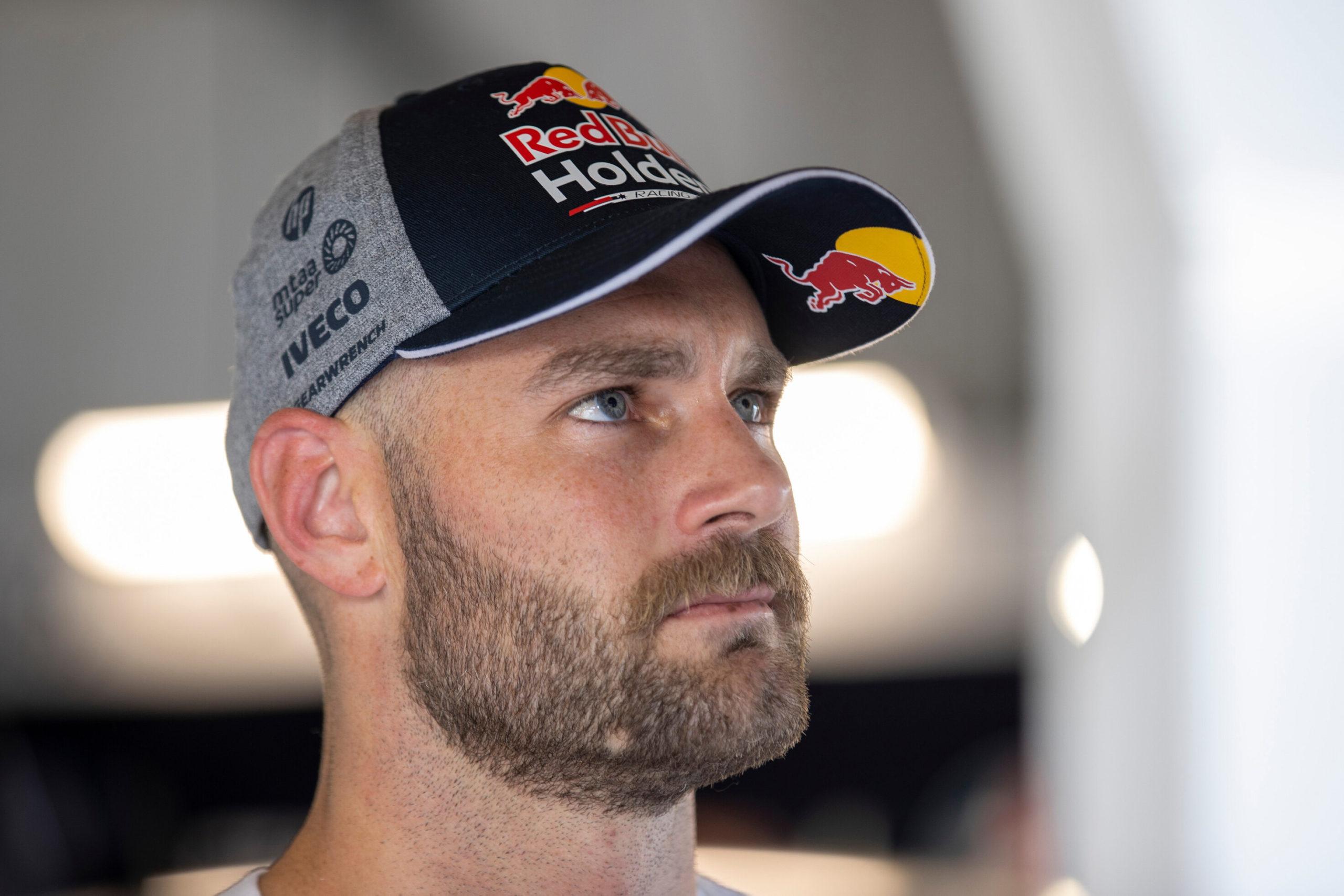 IndyCar Series front-runner Rinus VeeKay has detailed how Supercars championship leader Shane van Gisbergen helped him through his recovery from a broken collarbone.

Earlier this year van Gisbergen broke his collarbone in a mountain bike accident, cracking his ribs, and resulting in ligament damage to his left shoulder.

The Ed Carpenter Racing driver missed the latest round of the IndyCar Series at Road America due to the injury but is set to return this weekend at the Mid-Ohio Sports Car Course.

Speaking in the lead up to this weekend’s event, VeeKay said van Gisbergen contacted him to suggest hyperbaric chamber treatment to speed up his recovery.

The treatment involves breathing in 100 percent oxygen, which is said to help speed up recovery and reduce inflammation.

The Kiwi spent time in a hyperbaric chamber after his injury, eventually going on to win three races at Sandown in spite of the injuries.

“I got a message on Instagram from a V8 Supercar driver Shane van Gisbergen about hyperbaric oxygen treatments that have really helped his clavicle recover,” said VeeKay.

“He drove eight days after surgery.

“I immediately searched for a clinic that did that, and I did three hours of hyperbaric chambers a day.

“Yeah, I think it really helped and sped up the recovery process.”

“I’ve talked with Josef a little bit, but yeah, also in the team, they know him very well, so everyone still has memories from how that went.

“He only drove, I think, nine days after surgery. I’m already way past two weeks, so I’m not worried at all.

“He told me it might feel good now after surgery because it’s super strong, but take it easy. You don’t want to hurt yourself even more. Yeah, just be responsible.

“That’s definitely good advice, but also he told me when he was driving he had no pain and they worked around with a few different Hans device pads to relieve the pressure that’s on there.

“We’ve done that last Monday, and we’ve found really good ones. I’m able to be in the car with belts super tight and have no pain.” 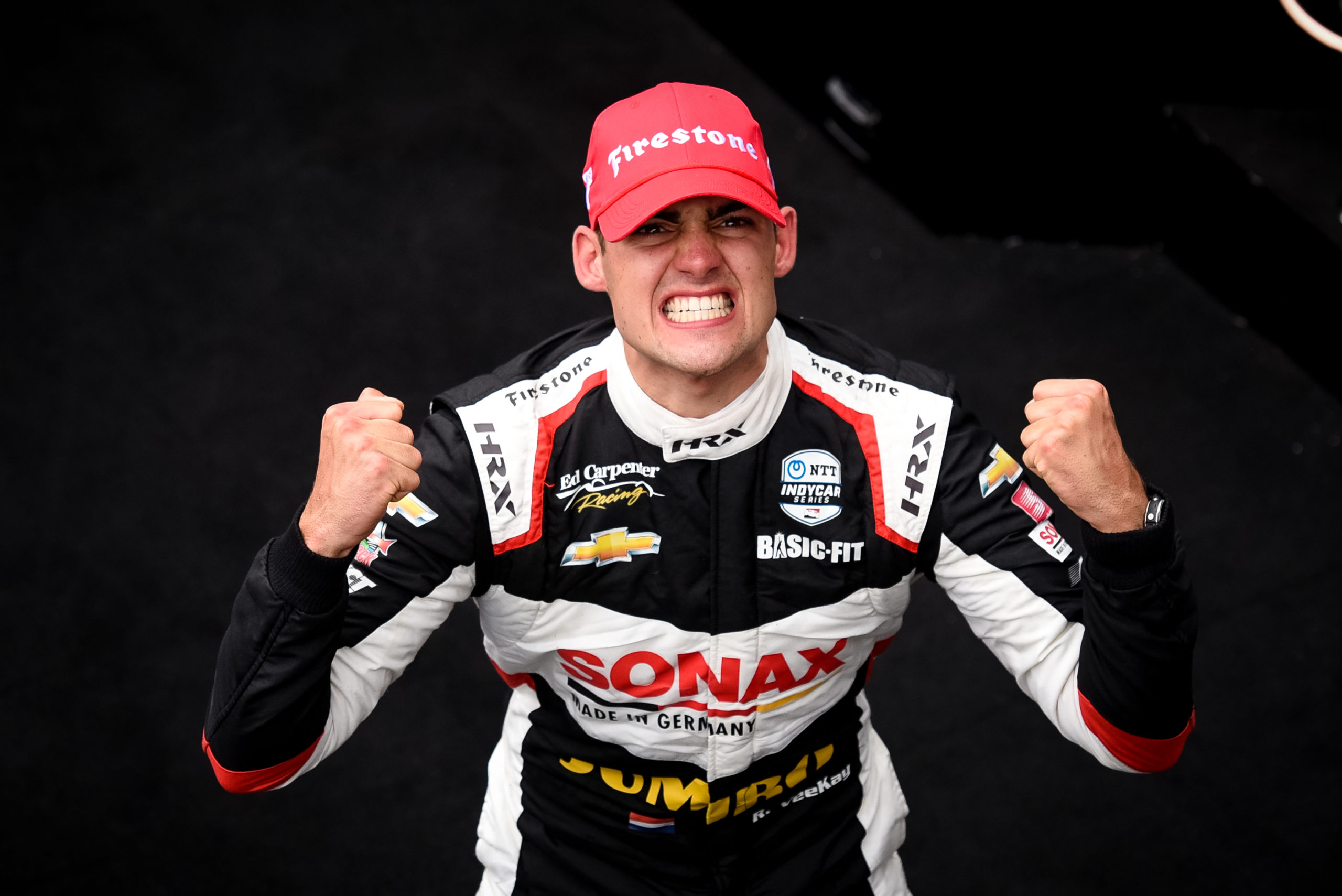 Less than three weeks on from the accident, VeeKay said he’s feeling fit.

The 21-year-old sits sixth in the drivers’ standings, his best finish to date a win on the Indianapolis Motor Speedway road course.

“I’ve got quite a good range of motion in my left shoulder again. No pain. I’ve been on the simulator and just felt great. No distractions from any weird feelings or pain.

“Yeah, ready to race and ready to win.”

As for whether VeeKay will be back on the bike anytime soon?

“Well, we haven’t really talked about it,” he explained.

“I’ve got to build it up slowly. I might step on the bike again in the off-season when I have time to recover if something crazy happens, but this was just a stupid accident.

“Many of the other IndyCar drivers, they’re on the bike, and it’s a good way to work out.

“I bought a virtual rear wheel form of bike so I can ride on Zwift, which also many drivers do, and then I can ride inside without falling off.”

The IndyCar Series will take in 80 laps of the Mid-Ohio Sports Car Course on Monday from 02:00 (AEST).