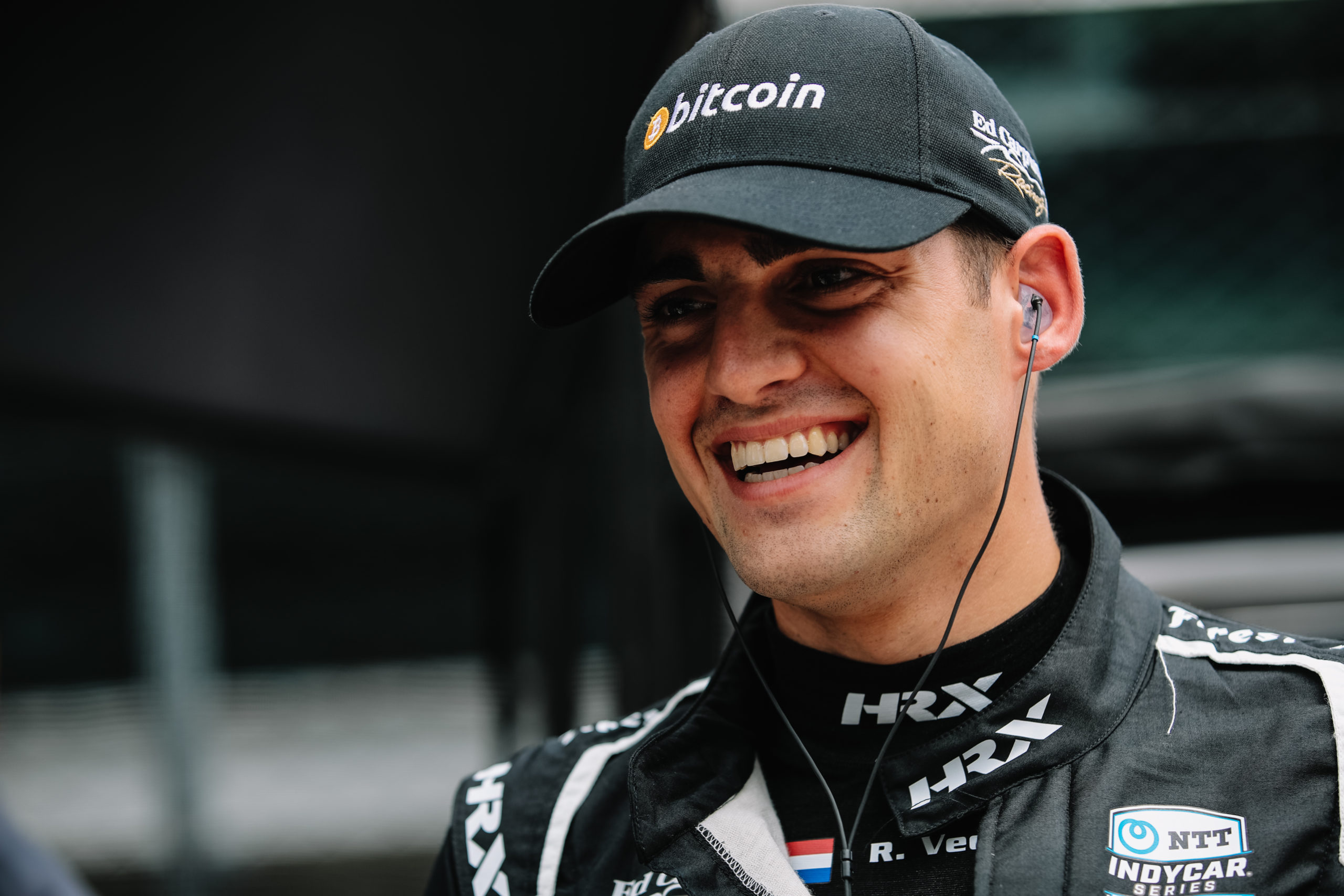 Ed Carpenter Racing’s Rinus VeeKay will return to the cockpit at Mid-Ohio Sports Car Course this weekend after recovering from a broken collarbone.

The Dutch driver missed the latest round of the IndyCar Series at Road America after suffering the injury in a road cycling incident last month.

VeeKay earlier this year won the Grand Prix of Indianapolis and got as high as fifth in the standings before dropping to sixth after missing the last race in Wisconsin.

“He was re-evaluated this afternoon and was given clearance to return to racing by Dr. Geoffrey Billows, IndyCar’s director of medical services.

“VeeKay will be back in the #21 SONAX Chevrolet for this weekend’s Honda Indy 200 at Mid-Ohio.”

The 20-year-old thanked the IndyCar Series for its support following the injury.

“First, I need to say thank you to the IndyCar medical staff, including Dr. Webber, who did my surgery,” said VeeKay.

“I am very excited to race this weekend at Mid-Ohio, especially after missing the last race at Road America.

“I am more motivated than ever! I have been working incredibly hard on my recovery, doing all kinds of treatment.

“I feel I will be right back at the level I was before. I sat in the car earlier this week to make sure I was comfortable and I was in the simulator yesterday, I have no pain and feel as good as ever.”

This year marks VeeKay’s second season in the IndyCar Series.

His maiden campaign saw him claim a season-best third at Indianapolis Motor Speedway on the road course configuration.

Confirmation of VeeKay’s return comes a day after it was announced Felix Rosenqvist would return for McLaren SP.

The Swede missed two races after a scary crash in the opening race of the Detroit Grand Prix.

Success for VeeKay followed in 2021 with his first win at the same circuit before claiming his third podium, this time on the Belle Isle Street Circuit in Detroit.

The IndyCar Series will take in 80 laps of the Mid-Ohio Sports Car Course on Monday from 02:00 (AEST).