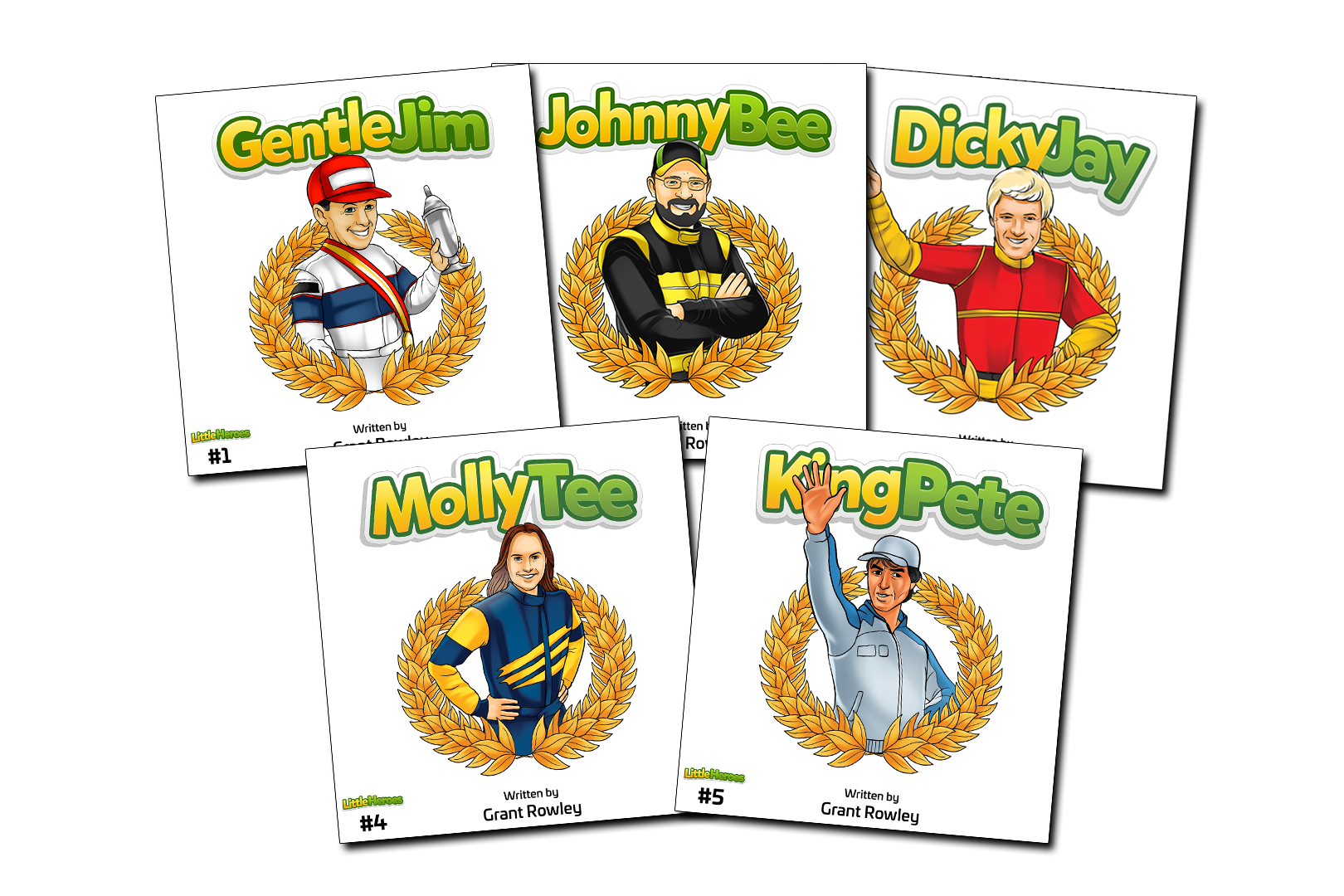 Motorsport legends Jim Richards and John Bowe will help launch a new series of children’s books at a public event in the east of Melbourne this Saturday.

To be held at the Realm library in Ringwood, inside the Eastland Westfield shopping centre, the launch for the Little Heroes series starts at 11:00 (July 3) and is free for the public to attend.

Richards and Bowe are the subjects for two of the five books that also feature Dick Johnson, Peter Brock and rally star Molly Taylor.

The books, written and published by motorsport media stalwart Grant Rowley, takes readers on a ride through the careers of the five drivers, using detailed illustrations and poetry to help tell their tales.

The books also feature the driver’s bio and career stats, ensuring an entertaining and informative read.

The books can be purchased online now, and will also be for sale at the book launch.

Rowley said that the concept of the Little Heroes books has been well received by punters who have pre-purchased his titles.

“The response to the books has been really overwhelming. It’s nice to hear so many positive responses,” he said.

“I think the biggest praise was when a friend told me they read it to their daughter and when the book was finished, the girl’s first response was ‘again?’

“I know that the big kids in us will enjoy these books, but if the children like them and the books can help generate the next generation of motorsport fans, then that is the biggest win for us all.

“I’m looking forward to launching these books on Saturday in Ringwood, and it’s great that Jim and JB will be there for it.”