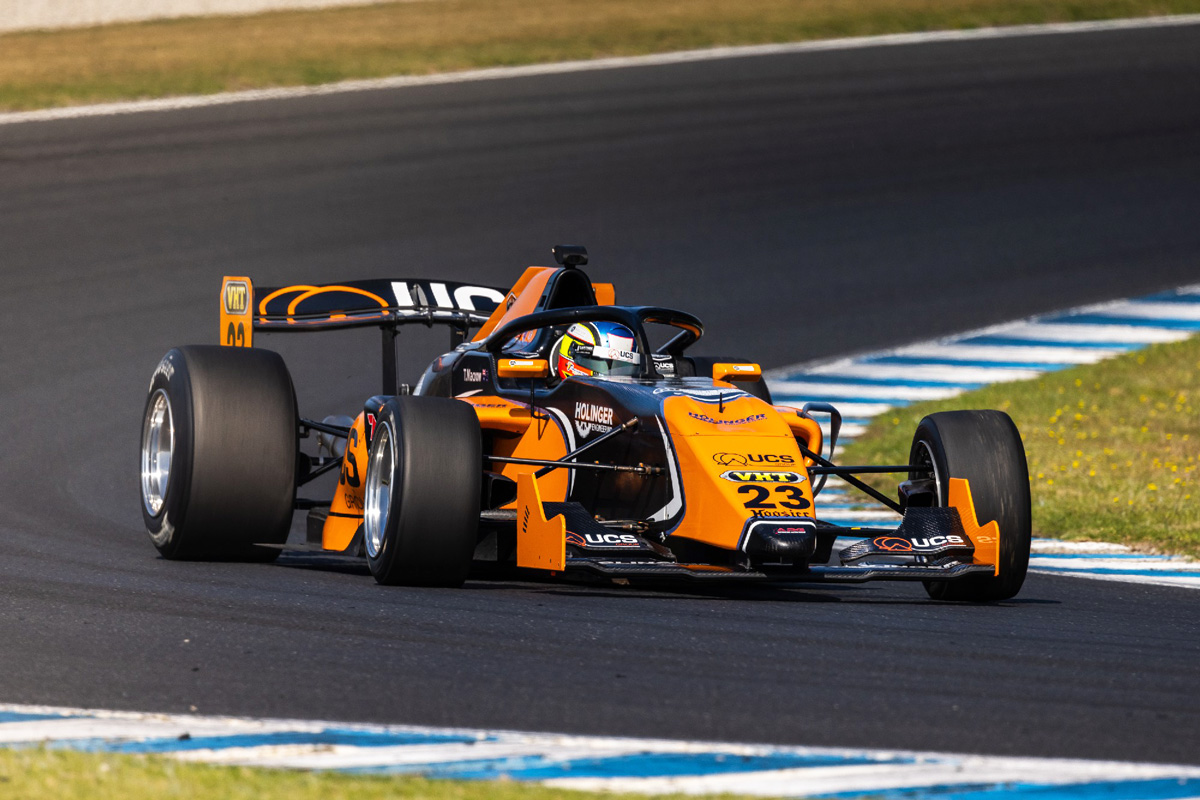 Tim Macrow has locked himself in for another crack at winning a third Gold Star.

Macrow was in the hunt all season long during the inaugural S5000 Australian Drivers’ Championship and has now confirmed he’ll be back for the seven-round 2021/22 edition.

“I feel like I’ve got some unfinished business in S5000 so I’m not ready to hang up the helmet yet,” said the 37-year-old.

“We had a really strong start to the season in Tasmania and at Phillip Island, but struggled a bit at Sandown and Sydney Motorsport Park so we know there is more to come.

“We’re a little team up against big squads like BRM and GRM but we showed that we can take it up to them and that I still go okay for an old bloke.”

His Tim Macrow Racing outfit might not be such a “little team” come next season, with plans to expand as previously foreshadowed by Speedcafe.com.

“I’ve made no secret of the fact I’d like to expand TMR to two cars, it would be good for the category and for the team,” said Macrow.

“I’d love to have a team-mate to share data and information because you improve so much quicker, but I’d love to be able to give a young kid a shot in these cars.

“We’ve got several irons in the fire when it comes to adding a second car and while the deal isn’t done yet, we’re certainly working very hard on it.

“Our relationship with Formula 3 (TMR competes in F3 and will offer the series winner an S5000 test) makes sense because they’re the kids that will be looking for the next step, and S5000 can definitely be that.”

The 2021/22 S5000 championship is due to open at Sandown in September before a scheduled triple-header at Albert Park, Bathurst and the Gold Coast.

A further three rounds would take place in the 2022 calendar year, per initial plans.