Goddard gets livery tweak for Townsville

Goddard gets livery tweak for Townsville 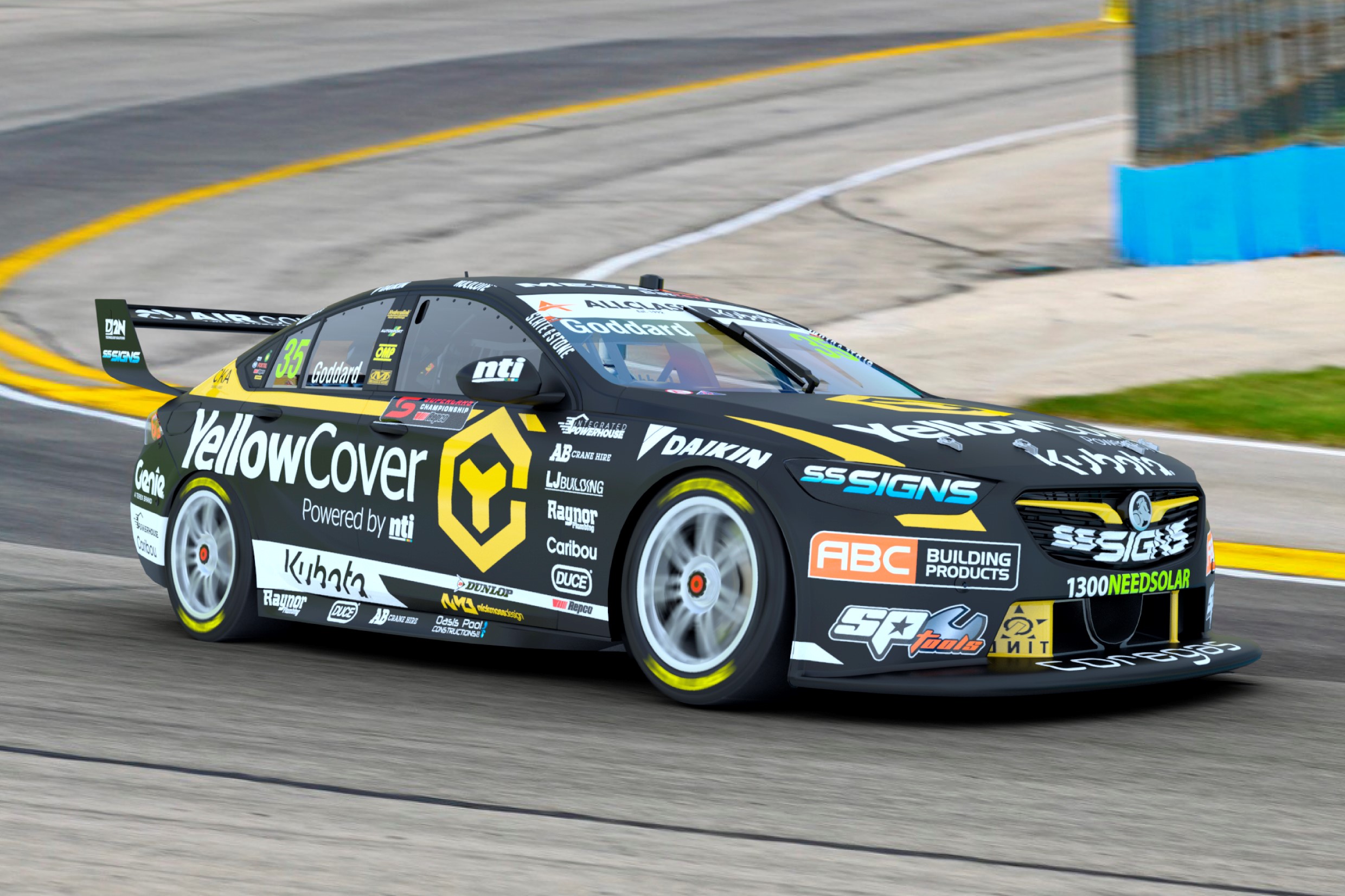 YellowCover Racing driver Zane Goddard has been given a livery tweak ahead of this month’s NTI Townsville 500.

The new-look livery is said to take inspiration from NASCAR with YellowCover taking prominence on the rear quarter panels.

The team has also dropped the orange accents from the car for a largely black and yellow colour scheme.

Renders of the livery, designed by Nick Moss, show the #35 Holden ZB Commodore on an oval in reference to the NASCAR hallmarks.

The livery will debut at the Reid Park Street Circuit and could remain on the car for rounds beyond Townsville.

Goddard currently sits 20th in the Repco Supercars Championship with a season-best seventh place finish at the Tasmania SuperSprint a standout effort this year.