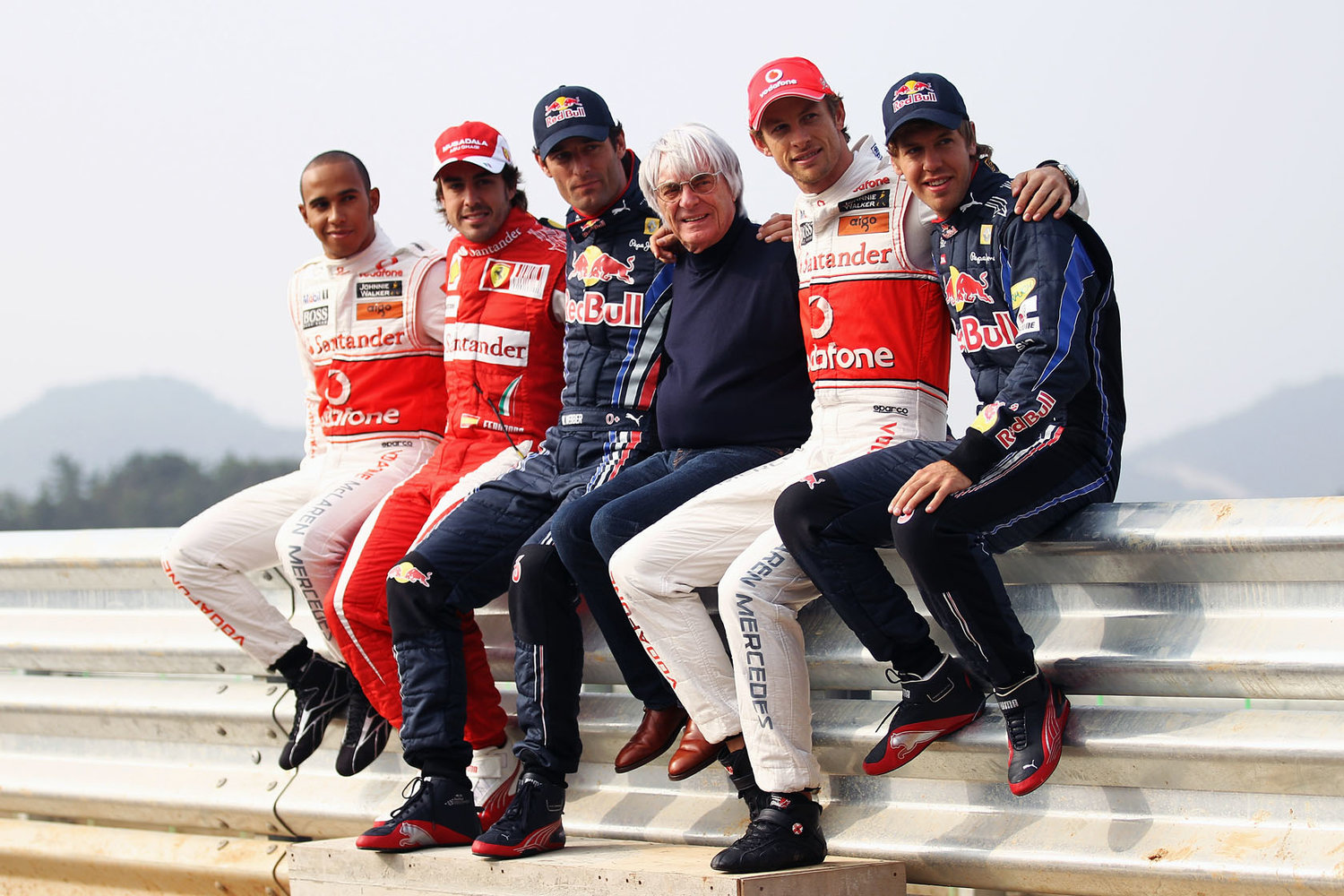 Drivers pose with Bernie Ecclestone at the 2010 Korean Grand Prix

The story of long-time Formula 1 supremo Bernie Ecclestone will be told via an eight-part docuseries to be released next year.

Ecclestone rose through the ranks from being a racing driver to team owner to running F1 for decades.

The now 90-year-old only ceded power in 2017 when he was replaced by Chase Carey as F1 CEO, as part of Liberty Media’s purchase of the world championship.

Ecclestone nonetheless is credited by many for making F1 the powerhouse category it is, having ruled with a distinctively authoritative style.

Manish Pandey, the man behind the film Senna, is directing the production.

“This is the first time I’ve trusted anyone to tell my story and the story of Formula 1, and Manish is the only storyteller and director who I believe can bring these to the screen,” Ecclestone said.

“And he isn’t just a great storyteller – he’s also a great fan.

“He’s been watching Formula 1 since he could walk and his knowledge of the world and its movers and shakers is encyclopaedic and his passion unsurpassed.”

Pandey, of company Jiva Maya, completed an extensive array of interviews with Ecclestone between September 2020 and May 2021.

“Bernie has been able to reflect, not just on his days as one of the greatest sporting impresarios of all time, but also on his life,” said Pandey.

“In his 90 years, he has travelled the world and met everyone who is anyone, yet he remains incredibly personable and immensely funny.

“It is a joy to tell his extraordinary story, in full, for the first time.”

The docuseries will also use footage from F1’s own archives, with the blessing of category management.

“With half a billion global fans, and races in 23 countries, the interest and excitement around Formula 1 is huge and there will be eager anticipation for the series that will take the viewers on a journey into the life of one of sport’s most interesting characters,” said current F1 CEO Stefano Domenicali.

F1 has had success on the docuseries stage, most notably with Netflix’s Drive to Survive being praised for introducing a wave of new fans to the sport.