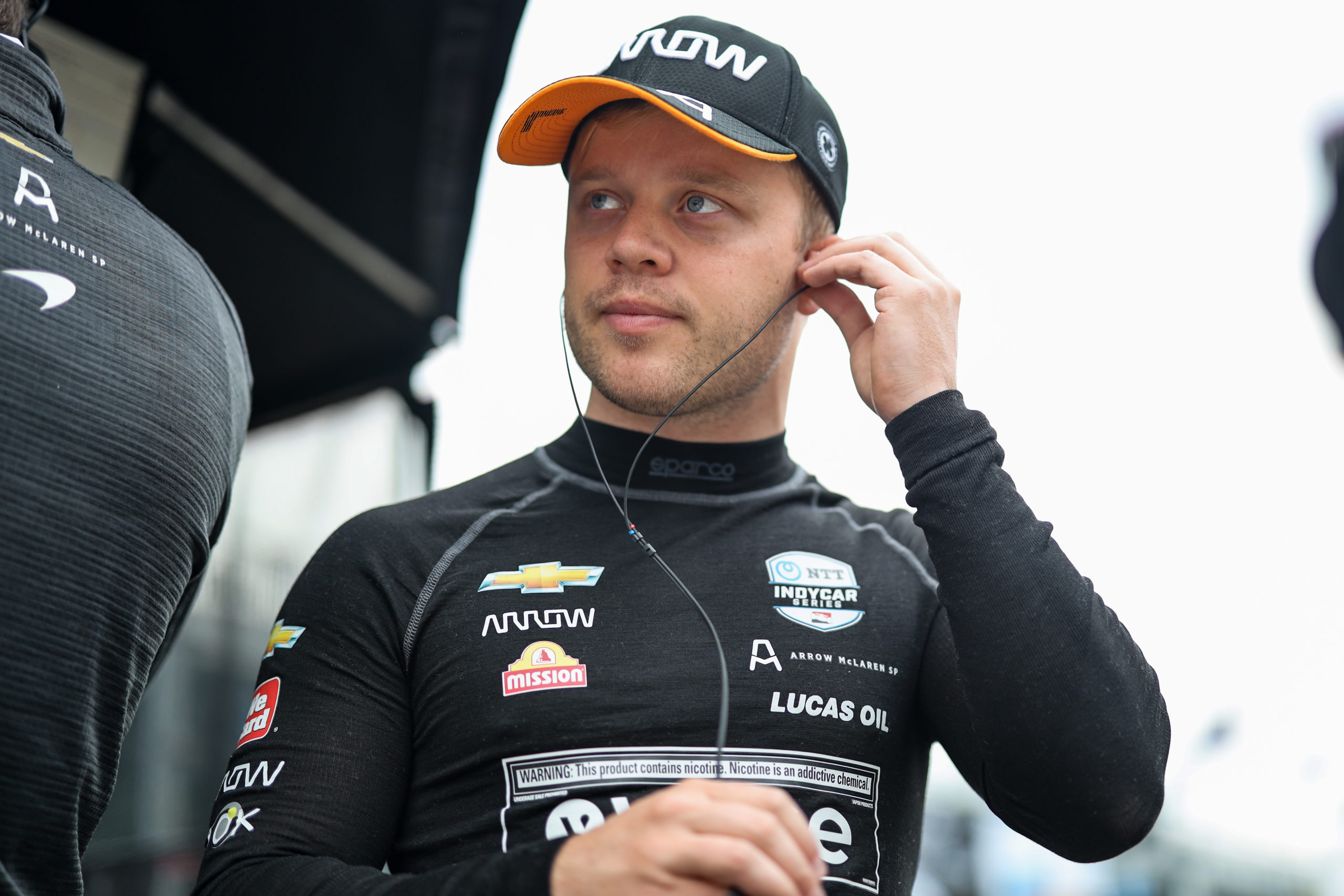 Felix Rosenqvist is set to make his IndyCar Series return at the Mid-Ohio Sports Car Course three weeks on from a scary crash in the Detroit Grand Prix opener.

Rosenqvist missed the last two races at the Belle Isle Street Circuit and Road America after a freak incident launched him into a concrete barrier at high speed.

The Swede was hospitalised after the crash and released a day later. However, he was not given clearance to contest the following two races for unspecified reasons.

Rosenqvist was duly replaced by former McLaren SP full-timer Oliver Askew for the second Detroit race the day after the crash, then by Danish driver Kevin Magnussen in Wisconsin.

Rosenqvist has now been given medical clearance to race this weekend at the circuit where he claimed his first IndyCar Series podium in 2019.

“Felix Rosenqvist has been cleared to drive by the IndyCar Medical Team and will return to pilot the No. 7 Vuse Arrow McLaren SP Chevrolet this weekend for the Indy 200 at Mid-Ohio,” read a statement from the team.

“Felix and Arrow McLaren SP would like to give a special thanks to Dr Billows and the IndyCar Medical Team for the exceptional care and treatment they have provided.”

The 29-year-old currently lies 24th in the drivers’ standings with a season-best 12th place finish in St Petersburg.

Meanwhile, team-mate Pato O’Ward has two wins to his name and lies second in the points behind Alex Palou of Chip Ganassi Racing.

A driver still in question for this weekend’s race is that of Rinus VeeKay, who suffered a broken collarbone in a road bike accident earlier this month.

After subbing for Rosenqvist in Detroit, Askew was injury cover for VeeKay at Road America.

As yet, Ed Carpenter Racing has not confirmed whether VeeKay will return at Mid-Ohio.