Puig: Marquez could have been on Assen podium without highside

Puig: Marquez could have been on Assen podium without highside 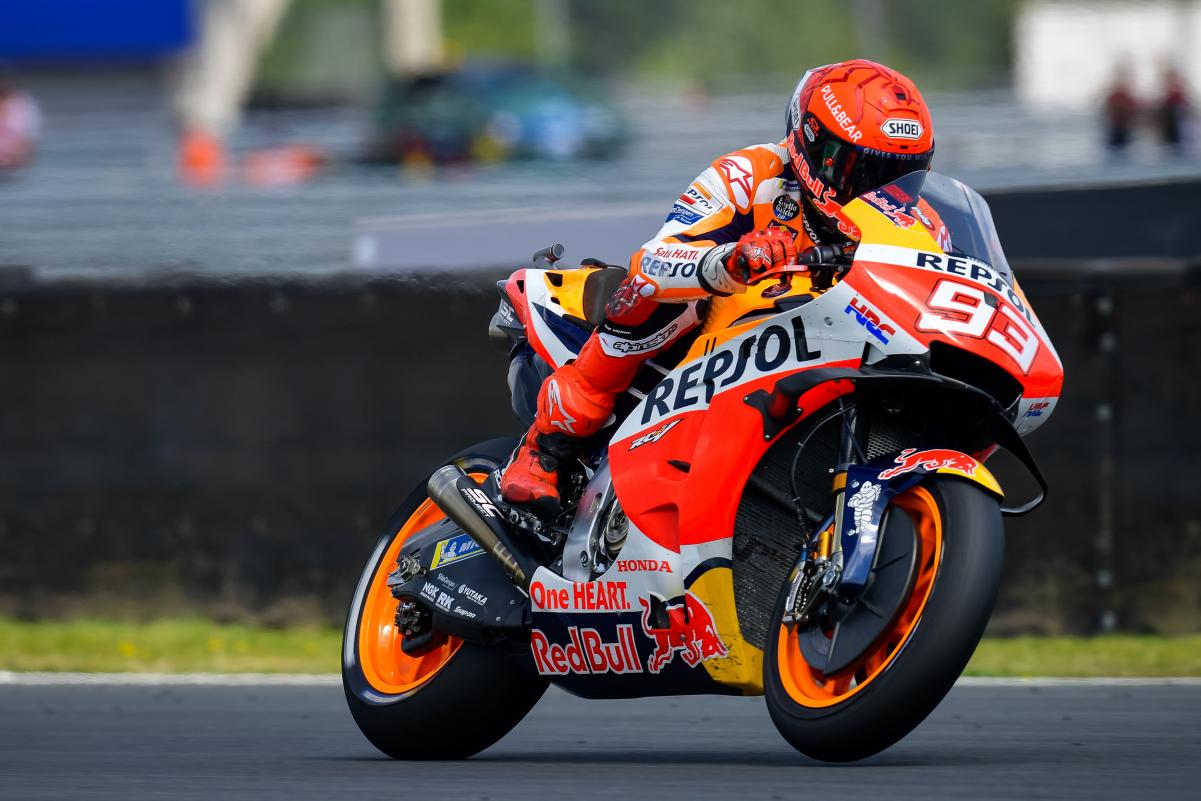 Honda boss Alberto Puig believes Marc Marquez would have been a podium contender in the Dutch MotoGP round if not for his huge practice highside.

Marquez finished seventh at Assen, but from all the way back in 20th on the grid, a week after the first win since his comeback from injury.

He had been thrown from his bike in spectacular fashion at Turn 11 (Dulkersloot) during Free Practice 2, an incident which he put down to the RC213V’s electronics.

While Honda made adjustments to said electronics, the Spaniard was left battling ankle soreness, dropping into Qualifying 1 and then crashing during that session.

The Dutch TT had been expected to be a tougher task for Marquez than the German Grand Prix which preceded it given the Sachsenring is anti-clockwise and thus reduces the load on his still under-strength right-hand side.

However, Puig thinks the six-time premier class champion could have stood on the Assen podium.

“Yes, Sachsenring is a track which is very suitable for the Honda and also for Marc Marquez,” said the Repsol Honda team manager.

“Marc had the chance there and he grabbed it with both hands. In the past Assen has never been an easy track like this, and it has been much tougher for all the Honda HRC riders.

“We clearly understood it wouldn’t be easy before we arrived.

“On Friday, Marc’s crash made the weekend even more complicated.

“Without that crash, I think he would have been fighting for the podium as he wouldn’t have lost the confidence he did.”

Marquez jumped to 12th on Lap 1 of the race and was “proud” of himself for his performance on a clockwise circuit.

His boss agreed, declaring the opening lap ride to be “the Marc that we know.”

Commented the rider on his own efforts, “[It] was not easy to approach the race starting on the last row of the grid, but I pushed a lot in the beginning, I used a lot of energy.

“I was impressed by my performance during all the race and I’m proud because it’s the first race on right corner circuits that I finished more or less in a good way.

“Of course, I had arm pump and I was struggling, but also this track is really demanding about physical condition.

“The bike today had the performance to finish in the podium and this is something that makes me happy.”

Puig remarked, “We saw a great recovery from Marc at the beginning of the race.

“He started in 20th and he recovered almost 10 positions in just a single lap; this was the Marc that we know.

“It shows his effort and the potential that he has, we are really looking forward to seeing him again in Austria after the break when he has recovered even further.”

Marquez remains 10th in a championship which is now on its summer break, before the Styrian Grand Prix takes place at the Red Bull Ring on August 6-8.