McLaughlin: Heel-and-toe part of the art of Supercars

McLaughlin: Heel-and-toe part of the art of Supercars 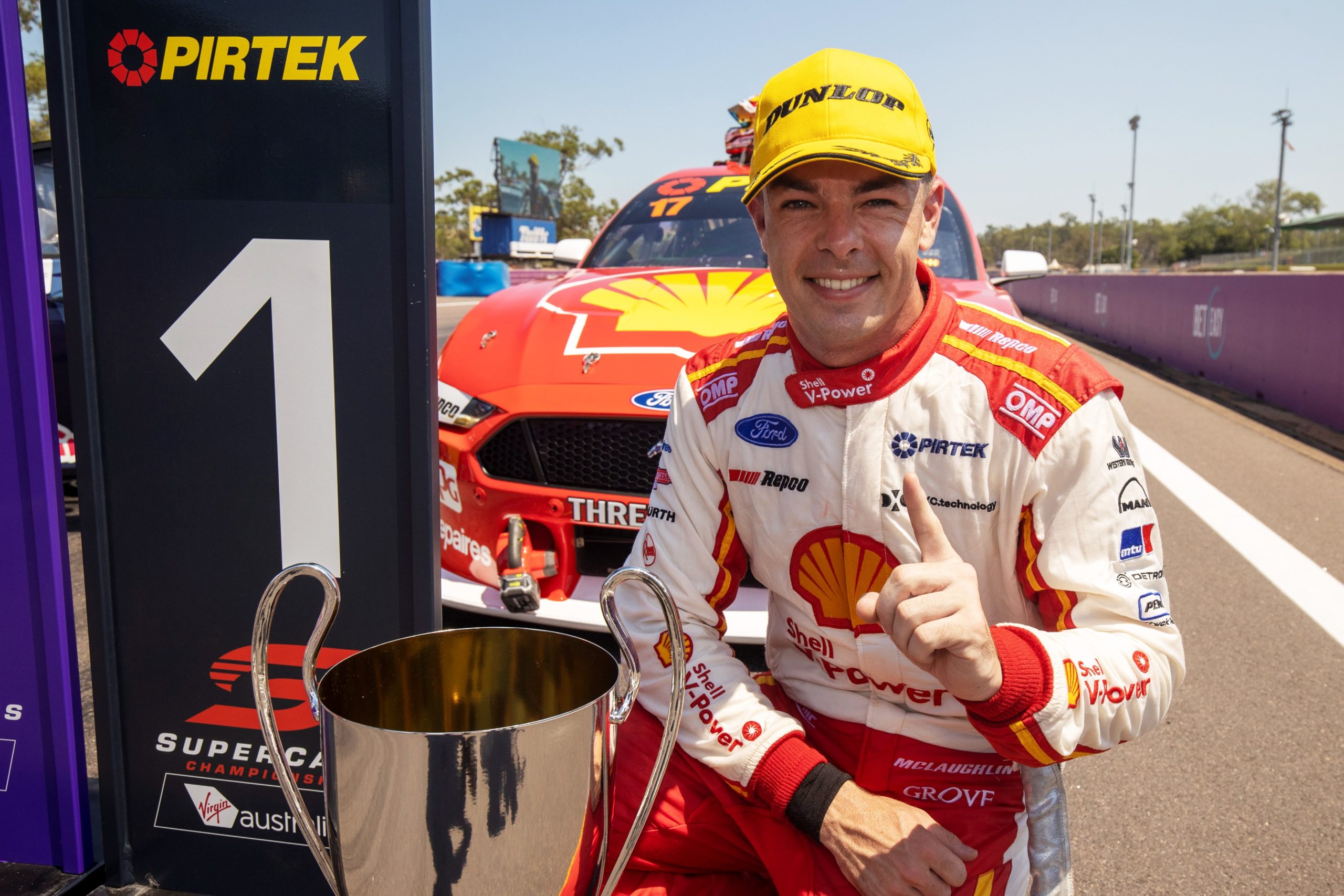 Scott McLaughlin says introducing paddle shift would detract from the spectacle of Supercars and make the cars less enjoyable to drive and watch.

At the end of 2007, Supercars moved away from a six-speed H-pattern for a six-speed sequential gearbox operated by a gear lever at driver’s left.

The move comes in a bid to reduce stress on engines and gearboxes from over-revving and eliminate driver error, in effect, to lower costs to teams.

There’s also a line of thinking that paddle shift will bring the next-generation Supercars closer to the road-going cars that the public can identify with.

The current model road-going Ford Mustang and Chevrolet Camaro are both offered in a nine-speed automatic with paddle shift and a six-speed H-pattern.

Crashes like Tim Slade’s earlier this year at the Mount Panorama 500 have been cited as something that will be a thing of the past if the move is made to paddle shift and auto blip.

Supercars says it will evaluate paddle shift and the incumbent lever-actuated gearbox when Gen3 testing begins later this year, though Speedcafe.com understands paddle shift is the heavily preferred option.

While there have been ongoing calls to lower costs, the debate surrounding the mechanism by which drivers change gears has polarised opinion.

Most drivers Speedcafe.com has spoken to are against the move while team owners remain divided.

The likes of Red Bull Ampol Racing driver Jamie Whincup, who will become team principal of Triple Eight Race Engineering in 2022, is one of a handful of supporters.

The move away from the status quo would be to the detriment of the category, according to three-time Supercars champion McLaughlin, who is now competing full-time in the IndyCar Series.

“I know there’s a lot of hard work that’s gone into these [Gen3] cars and a lot of cost-saving and whatever, but I feel like we’ve still got to keep some of the original DNA of our cars.

“It was a unique way of driving the car. It took me two years to [learn to] stop a V8 Supercar. You had to learn how to brake. It took me two or three years to learn the art of heel-and-toe but braking at the deepest possible point.

“Sure, there are people that left-foot brake. My old team-mate [Fabian Coulthard]. I found, for me, the heel-toe thing is a good thing.

“No one will be right-foot braking next year if there’s paddle shift. I would be very surprised, which would be sad.

“That’s the art of a Supercar. Personally, I don’t like it. Supercars will always be Supercars and everyone will want to drive one, but I’d just prefer it without paddle shift.” 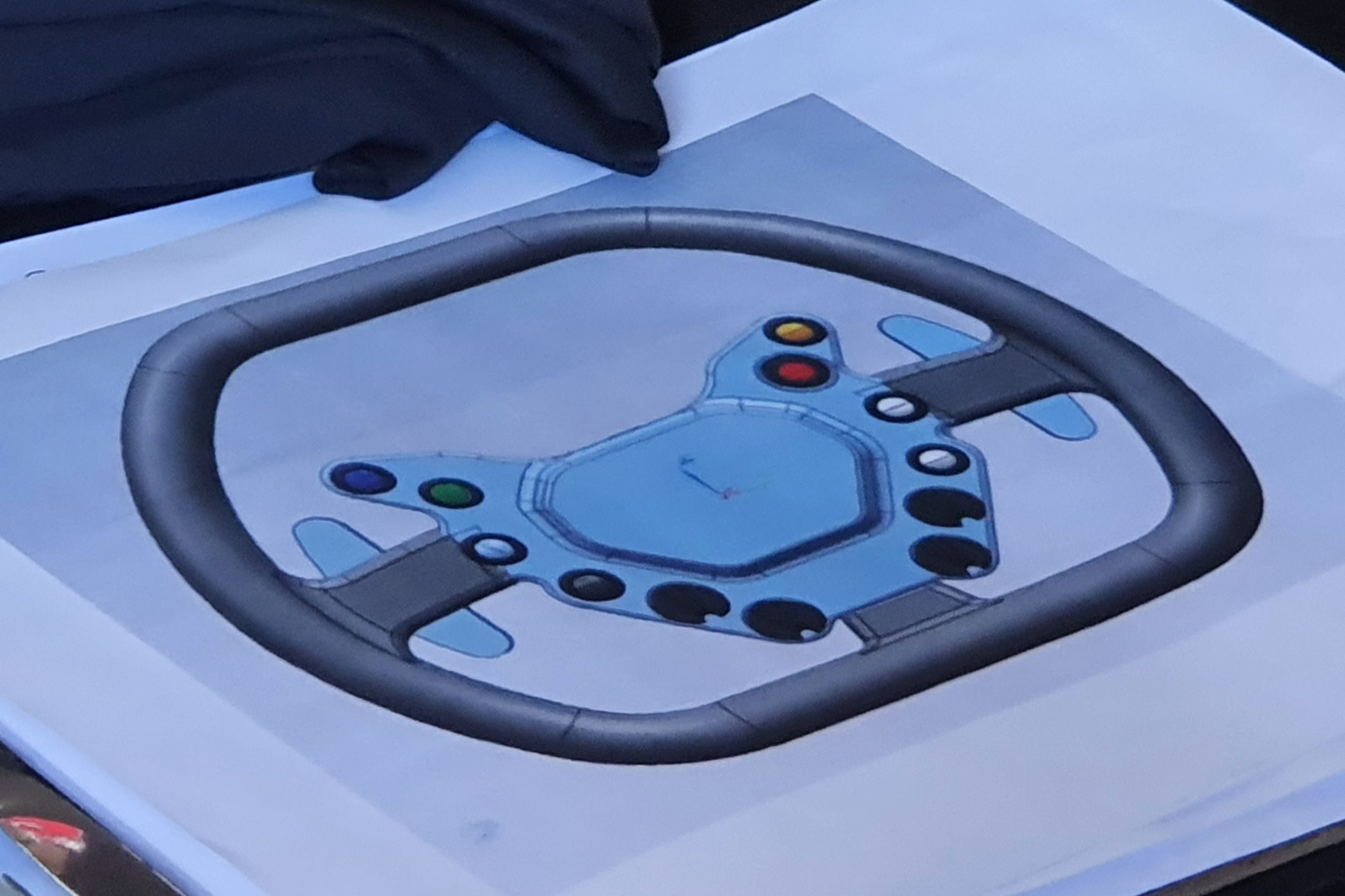 Recently, Supercars head of motorsport Adrian Burgess said fan opinion will be taken into consideration when it makes its decision.

While only a fraction of Supercars broadcasts show onboard footage, McLaughlin believes that element should be considered for the show.

“It’s the enjoyment of watching Shane van Gisbergen or Cameron Waters coming over Skyline and going down the gears, one hand on the wheel, bang bang, how good does that look?” McLaughlin explained.

“You go onboard a GT car, and sure, it looks good and there’s a lot of commitment… but we have such a cool product that requires so much skill. It’s just taking away one of the main skills, I believe.”

Nevertheless, McLaughlin is liking the look of the Gen3 cars but admits there’s very little wrong with the current crop of Gen2 cars apart from an excessive amount of downforce.

“Our cars right now are very good. The only thing we need to do it cut back the aero and once we do, the cars will be fine.

“You’ve just got to look back at the cars from the early 2000s when they could follow. Even not that far back, late 2000s. All we’ve got to do is cut the aero.

“Yep, we need to make the cars cheaper, we’re doing that for sure. It’s one of those deals, you want to have the Supercar DNA but not go too far away.”

McLaughlin’s rookie IndyCar campaign will continue this weekend at Mid-Ohio.

Driving for Team Penske, he sits 12th in the standings with one podium to his name.