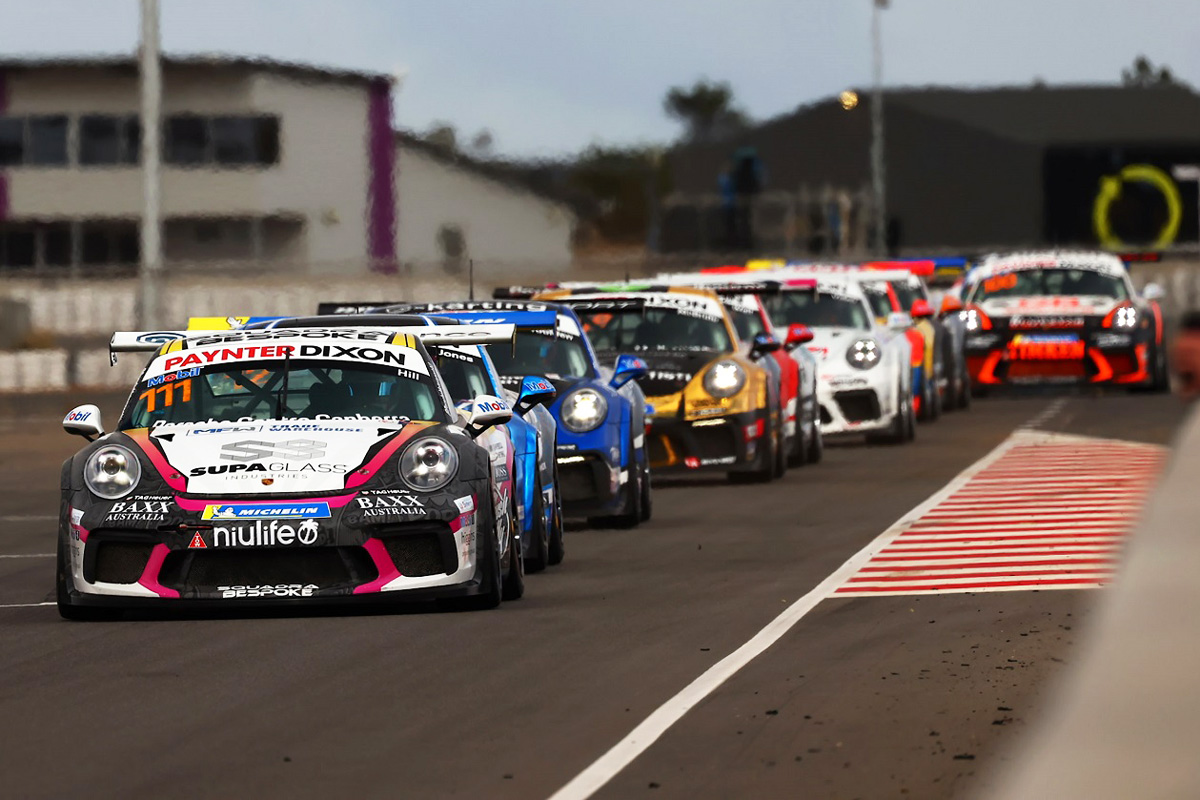 Cameron Hill has dashed from the Australian Capital Territory to country Queensland in a bid to protect his Porsche Paynter Dixon Carrera Cup Australia points lead.

Hill has been utterly dominant through the opening two rounds of the season to quickly open up a 130-point advantage over nearest rival Harri Jones.

After placing second in the season-opening race at Sandown, Hill has gone on a five-race winning streak.

With COVID-19 flare-ups around the country complicating travel, Hill hit the road in an effort to ensure he can compete in what is set to be Round 3 at Townsville on July 9-11.

Joined by his father Colin, Hill departed the ACT on a trek to Goondiwindi, an inland town just north of the Queensland/New South Wales border.

“With Sydney in lockdown and borders closing everywhere, we decided we needed to get ourselves to Queensland at the earliest opportunity,” Hill said.

“Had we stayed in the ACT any longer, there was a high risk we wouldn’t have been able to enter Queensland and I would have missed the Townsville round, which would have been disastrous for my title campaign.

“It’s not a cheap exercise, as we have to accommodate ourselves for an extended period – it shows how determined we are to win this championship.

“It’s just Dad and myself on the road at the moment; hopefully the rest of our ACT-based crew are able to join us but in a worst-case scenario, the two of us could run the car.”

With Townsville and South East Queensland both in a three-day lockdown as of 18:00 last night, Hill is staying put in Goondiwindi for the moment.

“Hopefully the situation in Townsville will settle down and the lockdown will end, as scheduled, by the end of this week.

“We’re all desperate to get back on the track, so we’re keeping our fingers crossed the round can go ahead as planned.”