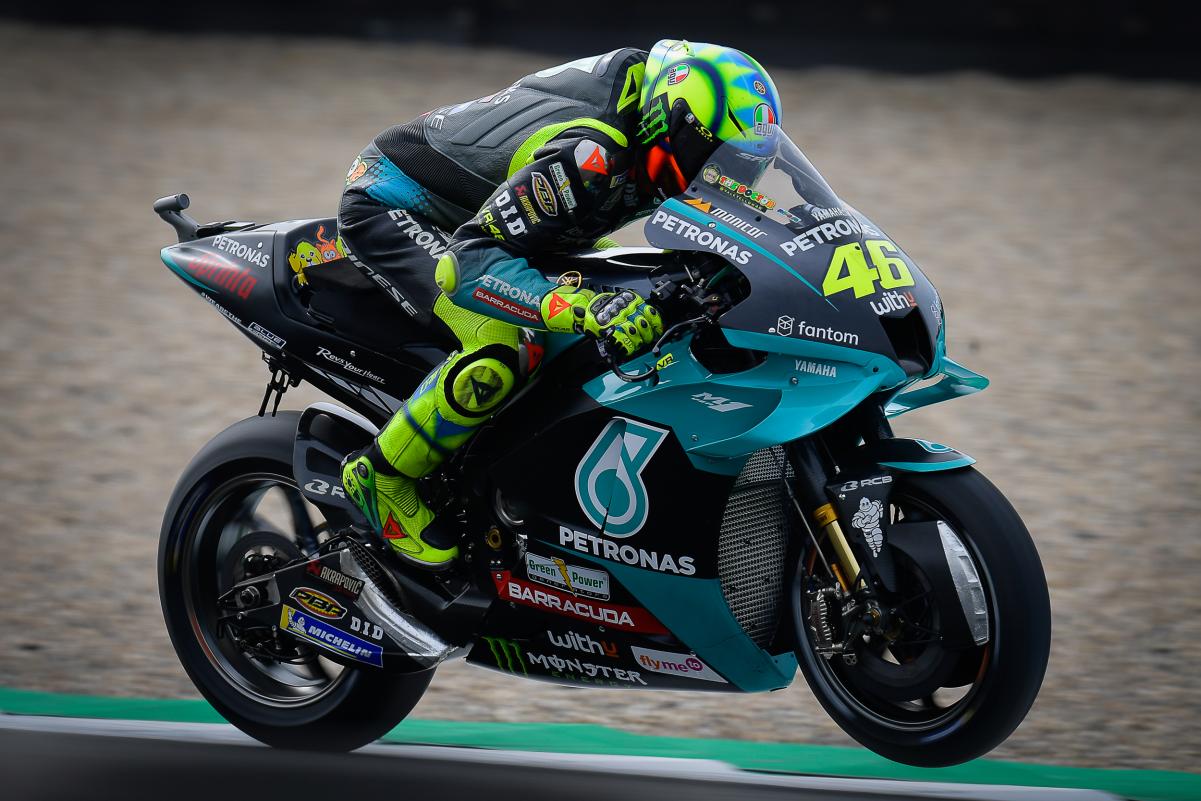 Valentino Rossi says that Maverick Viñales’ shock split from Yamaha will not affect his future as a MotoGP rider.

The seven-time premier class champion, presently domiciled at SRT but contracted to the Iwata marque, is mulling over retirement at the end of this, his 26th season in grand prix motorcycle racing.

Should Rossi choose to hang up the helmet, that would now make for two riders leaving Yamaha’s stable at the close of the 2021 campaign after it agreed to terminate Viñales’ current deal halfway through its two-year term.

However, the Spaniard’s decision will not have any impact on the man who was his team-mate at the factory squad for the previous four years.

“So, looks like that in the next week, looks like something will change,” said Rossi at Assen before the Viñales exit was confirmed.

“I don’t know very well, but maybe something will change that we don’t expect.

“So, what’s happening with the other team and the other Yamahas is not a big difference [to my plans].”

In confirming that reports he was seeking to leave Yamaha were true, Viñales stated that races had come to be a “nightmare” for him.

While he is sixth in the championship, Rossi is all the way back in 19th, with his best grand prix result being a 10th in the Italian Grand Prix.

The 42-year-old maintains that he will make a call on retirement during the summer break which has just got underway, but admitted on the eve of last weekend’s Dutch TT that it was “very difficult” to go on for another season.

He then went on to qualify 12th at Assen and was running 17th, having made a poor start, when he crashed out on Lap 8.

However, Rossi says that spill will not be decisive; rather, he will weigh up his performance over all nine rounds thus far.

“You know, it’s not today,” he said about the importance of the crash to his decision.

“I mean, I always said that I know that this year is difficult, is a great challenge.

“But my decision for next year depends very much for the results.

“So, the results for the first half of the season are not what we expected. We hoped to be stronger, to fight for the better positions.

“So, the result doesn’t help us. Now is not the moment because I said from the beginning of the season I will decide in the next weeks [in the summer break] about next year, and it will be like this and we’ll let you know when we decide.”

On the crash itself, Rossi explained, “It’s a great shame because our pace was not too bad.

“I have quite good potential, so we expected a decent race. But unfortunately, I did a bad start because we changed something for the start.

“I had to change my way to start and so I don’t feel very comfortable. Like in Sachsenring, I did a bad start. After, I was far behind but I tried to make some overtaking.

“Unfortunately, when you stay behind the other bikes, the front tyre has some problems. You feel a little bit less grip.

“I was able to overtake [Enea] Bastianini and I tried to push, but unfortunately I lost the front in Turn 7.

“We checked the data. We don’t understand very well, but I’m lucky because it was just a slide but it was high-speed and I’m OK. So, this is important.”

It could be Rossi’s current team-mate, and a VR46 Riders Academy graduate, Franco Morbidelli who ends up taking the vacant seat at Monster Energy Yamaha.

A Morbidelli move would, of course, likely see SRT having to find two new riders for 2022.

In the meantime, Viñales will also be looking for a new home, having refuted suggestions that he had already signed for Aprilia.

VR46 also remains in the silly season mix ahead of its first campaign as a MotoGP team in its own right, while neither Tech3 nor KTM has announced who will join Remy Gardner at the former.