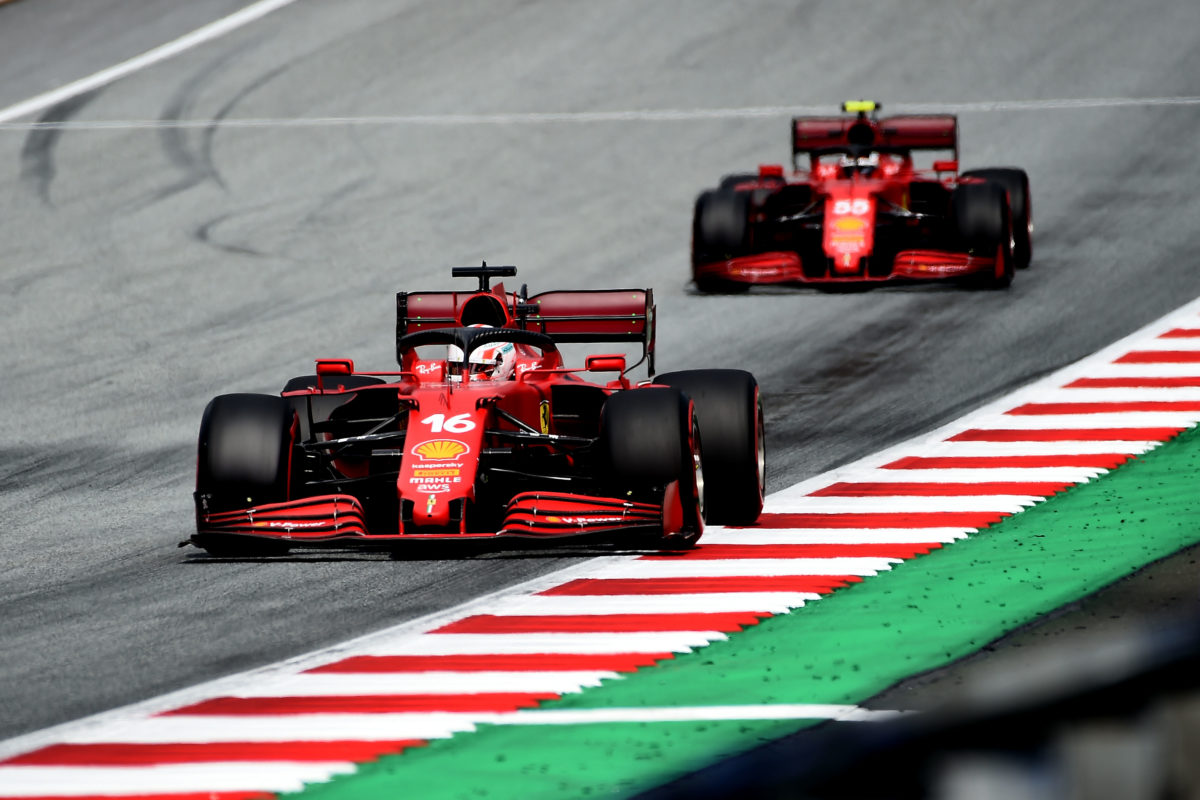 The Scuderia sits fourth in the constructors’ championship after eight races with a points tally already approaching that which it managed over 17 races in 2020.

Last weekend their pair combined to outscore McLaren, the fourth time that has happened this season.

Leclerc charged back to seventh after pitting on the opening lap with a damaged front wing, while Sainz climbed to sixth after starting 12th.

“I do I feel like a lot of people underestimate them for some reason and still think they have a terrible car and don’t expect things,” Norris said.

“Ferrari made a lot of improvements from last season.

“They’re one of the best cars in in certain types of corners and they’re extremely fast.

“So there’s nowhere where they’re particularly bad; they’re decent in the straights, they’re still very fast in the corners.

“I think people should just expect more from them.”

Ferrari’s performances wavered following a secret deal with the FIA following the 2019 season.

A technical directive issued mid-season appeared to clip their wings, coinciding with a drop in straightline performance.

Last year it struggled through with arguably the worst power unit on the grid, before introducing a new design for this season.

Coupled with aerodynamic tweaks afforded as a result of the internal repackaging, Ferrari has emerged at the front of the midfield.

“It’s not easy to separate exactly where the strengths are coming from, because it’s always a combination and we obviously have limited data on where Ferrari is getting the performance from,” observed McLaren team boss Andreas Seidl.

“It’s not a surprise to the team like Ferrari, after the issues they were facing last year, is coming back strong.

“That’s something we never underestimated and simply a good reference for us.

“It just shows us where we stand, and it just shows us that we simply have to keep working hard in order to continue our journey towards the front again in Formula 1.

“[To] battle a team like Ferrari is not something we feel bad about, this motivation for everyone within the team to keep working hard in order to get to a point in the future to beat them, and not just Ferrari but also the other teams that are in front of us.”

McLaren currently holds a 12-point advantage over Ferrari in the constructors’ championship, the scarlet cars having starred at the Red Bull Ring for last weekend’s Styrian Grand Prix.

Formula 1 is set to remain at the venue for this weekend’s Austrian Grand Prix, opening practice for which commences at 19:30 AEST on Friday.