Miller ‘pissed off’ with himself over Assen MotoGP crash

Miller ‘pissed off’ with himself over Assen MotoGP crash 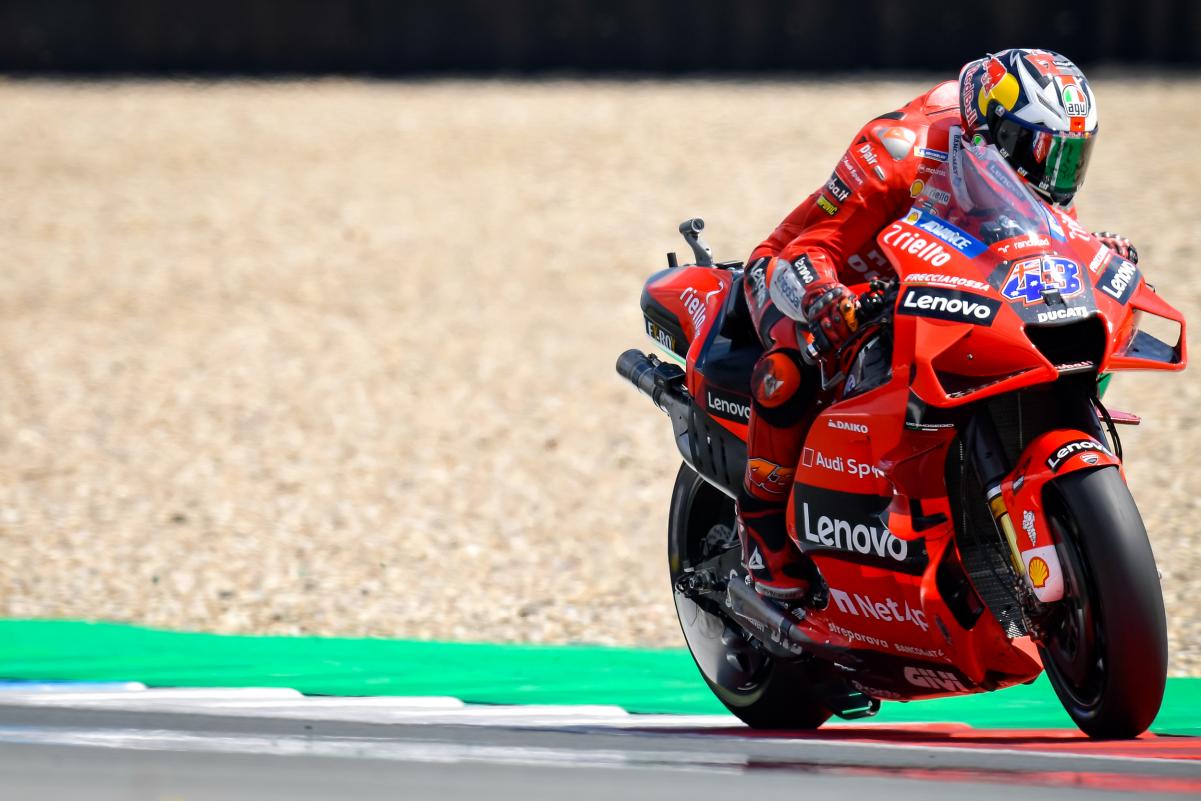 Jack Miller admits he is “pissed off with myself” over the crash which cost him a finish in the Assen MotoGP race.

Miller was running seventh when he dropped his Ducati exiting the Strubben corner on Lap 15 of the Dutch TT and while he remounted, the spill ultimately cost him a finish.

The Queenslander was mindful that his Desmosedici is not well-suited to Assen but would have been able to accumulate nine points had he remained seventh over the following 11 laps.

That would have kept him third on the points table but he instead dropped to fifth, 56 points behind championship leader and weekend race winner Fabio Quartararo.

Miller conceded “we weren’t in that class [of Yamaha], but a top eight, maybe top six, result was there for us.”

Instead, he ended up with a second DNF from nine races so far in 2021.

“I’m pissed off with myself after that one, that was a stupid mistake,” wrote #43 in his post-race column.

“One where I was trying to read the situation ahead of me and not focusing on what I was doing, or should have been doing. It was a lapse by me and I paid a big price for it.

“I felt good in the race sitting in eighth and I was in a decent rhythm, it was me and Miguel [Oliveira] staying just behind the front group.

“Then [Joan] Mir was doing one of his passes on Taka[aki Nakagami] ahead of me at Turn 5 and I braked a little bit earlier to make sure I could react if something happened.

“I had some load on the front tyre but clearly not enough, so I basically just fell over. A really shitty first-gear nothing crash, but one that cost us dearly.

“The bike had a little bit of smoke coming out of the exhaust from the oil afterwards, so I got called into the pits and had to retire it. So, definitely one of those days where I felt I had more, but it is what it is.”

The crash is a down note to end a first half of the season which also started with plenty of down.

Ducati in general fell short of expectations in the two Losail races, both of which Miller finished ninth having been hampered by arm pump in the latter, before he crashed out of the Portuguese Grand Prix.

The 26-year-old admitted to being “in the trenches” after that incident, but hit back with his first ever dry weather MotoGP win at Jerez and took victory also in the following race, at Le Mans.

The promise of more race wins exists when season resumes in August with back-to-back races at the Red Bull Ring.

“So now we head into the summer break – not a great way to go into that, that’s for sure,” added Miller.

“Right now straight after the race I don’t feel all that happy with things, but overall I’d say the first half of the season has been mixed. Some big highs obviously with the two wins, but some down days like [Sunday] was.

“I don’t feel like we’re too far off, though.

“It wasn’t an easy week for us in Assen and I gave some points away, but we have Austria coming up – two races there actually – so that’ll suit our bike a lot better than here did.

“So that’s definitely a good one to come back to after we have some downtime.”