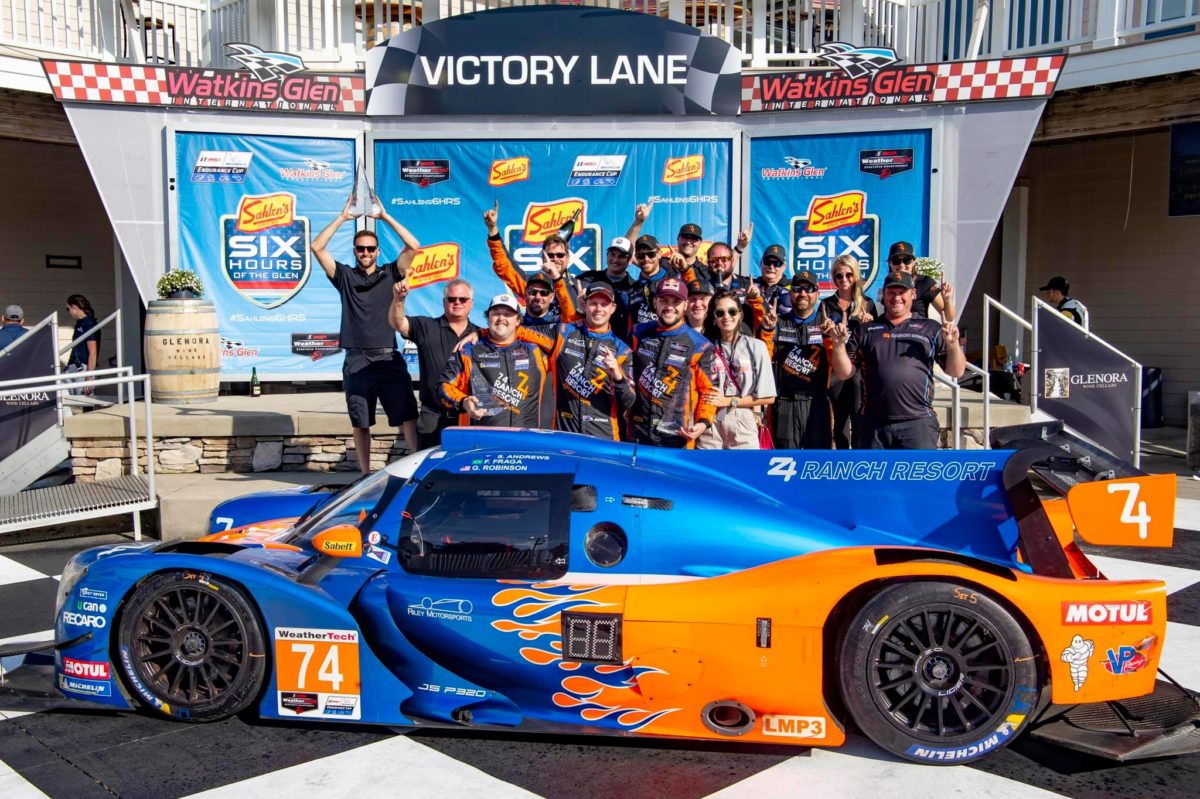 Australian endurance racer Scott Andrews has celebrated victory at Watkins Glen a day after one of the biggest crashes of his career.

Andrews teamed with Gar Robinson and Felipe Fraga to triumph in the LMP3 class of the Six Hours of The Glen event, part of the IMSA SportsCar Championship.

The 30-year-old had been shaken the day prior while racing a Toyota Gazoo Racing Supra GT4 at the same circuit.

“We had a front-left tyre failure going through The Carousel; that’s a corner where you don’t want to have anything go wrong,” Andrews recalled to Speedcafe.com.

“I was just basically head on into the fence, so that was pretty bad and it kind of shook me around a bit… it was a big shunt.

“But I was cleared to race again. I did a few laps in the warm-up and felt okay, so that was good.”

“We ran down Marco Andretti and passed him and pulled a pretty big gap and handed the car over to Felipe Fraga, who finishes for us.”

Fraga was forced to execute a “perfect stint” after a late-race Caution put the #74 under renewed pressure.

“It was the longest 30 minutes… I was just sitting there with my fingers crossed,” added Andrews.

The success follows victory in the 12 Hours of Sebring back in March.

It’s a busy 2021 programme for the Miami resident; while he’s in doubt to race in the second leg of the GT4 Watkins Glen double-header due to a destroyed chassis, there’s plenty more action to come.

“After that, I fly to Paul Ricard immediately for a GTE test which is with Kessel [Racing] in the Ferrari, and then straight from there the next day I go to Monza for the Le Mans Cup where I race with United Autosports.”