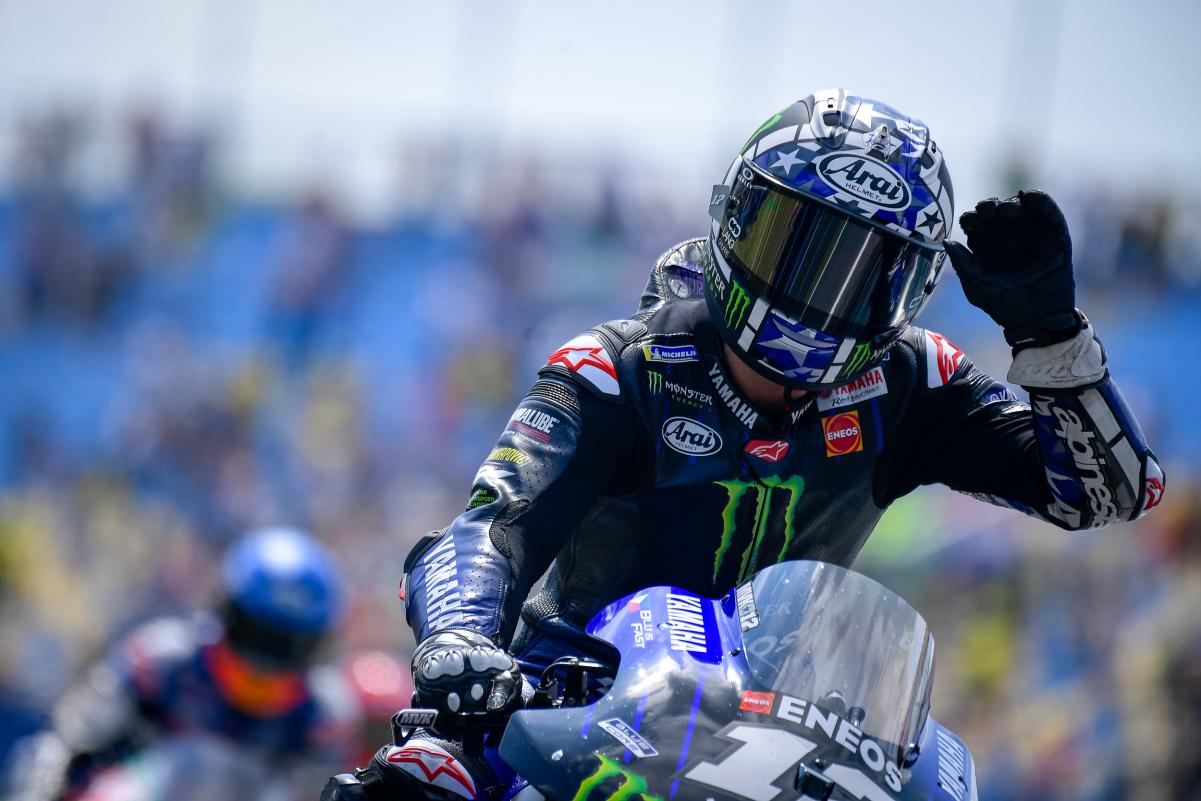 Yamaha has confirmed that Maverick Viñales will not see out his current contract and will instead part ways at the end of the current MotoGP season.

Viñales was the subject of bombshell news over the weekend’s Dutch TT and while he denied rumours he was headed for Aprilia, he did admit that an exit was “an option”.

On the morning after (local time) the Spaniard finished second to factory team-mate and championship leader Fabio Quartararo at Assen, the split has been made official.

According to a Yamaha Motor Racing statement, it was Viñales who initiated the move.

“Yamaha and Maverick Viñales have mutually decided to terminate their current 2021-2022 agreement at the close of this season,” read that statement.

“Following Maverick Viñales‘ request, Yamaha have agreed to put an early end to their current two-year contract. Currently in their fifth season together, they mutually decided to go their separate ways after this year.

“Both parties are committed to putting in their maximum effort for the remainder of the 2021 MotoGP season and ending the relationship on a high note.”

Yamaha Motor Racing managing director Lin Jarvis suggested that the nine-time MotoGP race winner’s shocking performance just over a week ago at the Sachsenring, where he qualified 21st and finished 19th, brought matters to a head.

“It is with sadness that we will say farewell to Maverick at the end of the year,” said Jarvis.

“We are in the middle of our fifth season together and over the years we have achieved many highs but also had to manage many lows.

“After the German GP, which was the most difficult weekend of our partnership, we had important discussions in Assen and came to the conclusion that it would be in the interest of both parties to go our separate ways in the future.

“Yamaha will put in their maximum effort – as we always have done – to give full support to Maverick and finish this season in the very best way possible.”

Viñales himself added, “This partnership has been very significant to me over the last five years, and it proved a difficult decision to part ways.

“In these seasons together, we experienced both great achievements and tough times. However, the underlying feeling is of mutual respect and appreciation.

“I am fully committed and will strive to achieve the best results for the rest of the season.”

With Viñales out, Franco Morbidelli shapes as a logical replacement given he currently rides for Yamaha’s satellite team, SRT, and finished second last season on an upgraded, year-old bike.

SRT, which counts Quartararo as an alumni, would then quite possibly need to find two new riders for 2022 given Valentino Rossi appears likely to retire.

Morbidelli, however, is out of action for the time being given he re-injured his knee in a training accident last week.

Despite MotoGP now being on its summer break, the estimated eight-week recovery period should see the Italian also miss the two rounds at Austria’s Red Bull Ring, the first of which will be held on August 6-8.