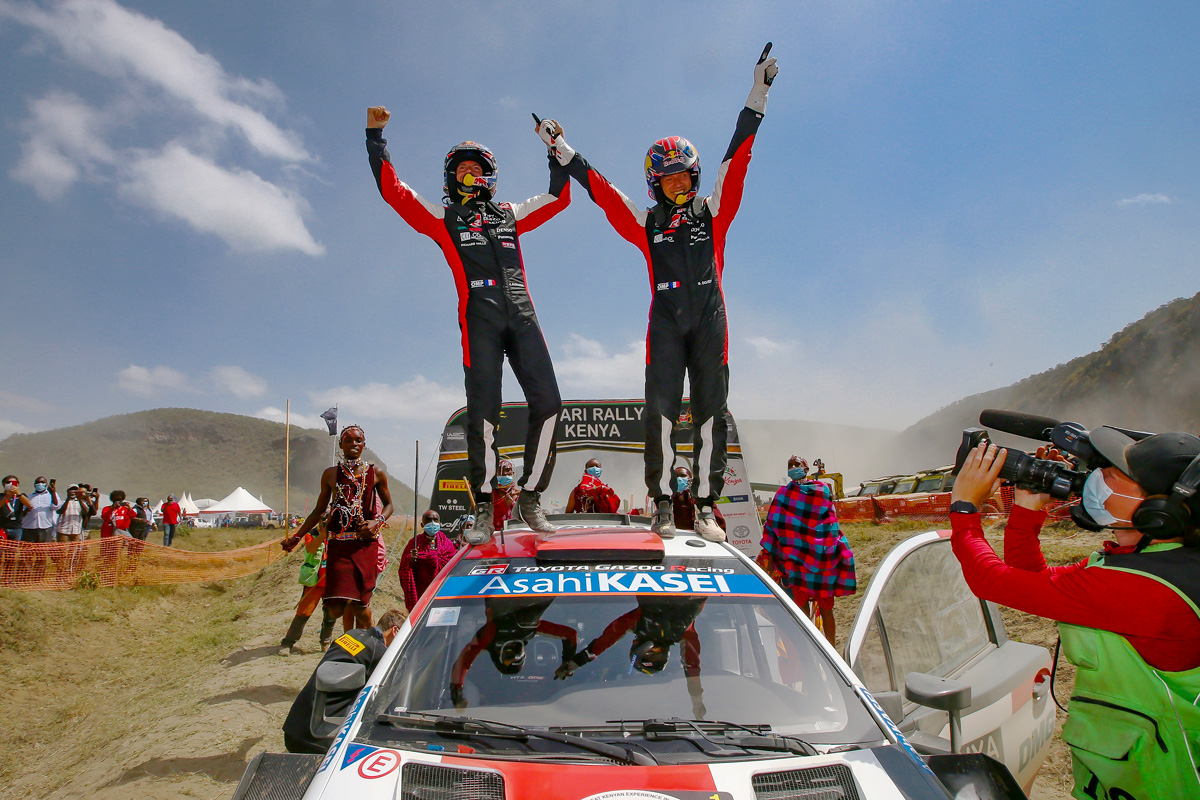 An early technical issue put the seven-time champion on the back foot on Day 1, but Ogier and co-driver Julien Ingrassia would gradually outlast the field in a true battle of attrition.

Several contenders had fallen out of the running on the opening day; Thierry Neuville managed further Saturday carnage to carry a 57.4-second lead into the final day.

However, his hopes were soon dashed, a broken rear-right damper on SS14 forcing the #11 into a heartbreaking retirement.

It follows team-mate Ott Tanak similarly being taken out of the lead at the previous two rounds at Rally Portugal and Rally Italia.

“We cannot be happy. This is the third rally in a row in which we have had problems, so it cannot be considered bad luck,” said Hyundai team principal Andrea Adamo.

“There are no excuses, it simply should not happen. We have to understand what is going on.

“We have the same parts as we used last year, in events such as Turkey and Sardinia; we have improved the performance, but we are lacking in reliability, and we need to understand why.

Neuville called the turn of events “a big disappointment”.

“It’s a tough time at the moment, as a team standing together, retiring from the lead for the third rally in a row,” said the Belgian.

“Basically, we came to a very slow corner, and at the exit suddenly I felt something break on the car.

“We tried to finish the stage but after investigation we saw that the damper had exploded, and we had to stop there.

“The motivation is still there we are just missing the luck, but we will regroup, find solutions and come back stronger as a team.”

It was a happier camp at Toyota with Ogier extending his championship lead and Takamoto Katsuta taking his maiden podium to give the Japanese marque a one-two result.

“It feels amazing to win the Safari Rally,” said Ogier, 37.

“I didn’t think it was still possible after our trouble on Friday, but I always give my best up to the end to take the maximum points possible, and in Safari we knew many things can happen – and they did happen.

“I think that since our issue on Friday we’ve been very strong for the rest of the weekend. We had really good pace and the car has been amazing. It’s a huge step for both championships, so a very good day for the team.

“I also want to congratulate Taka who took an amazing result: It was not that easy to catch him at the end.”

Ott Tanak did give Hyundai some consolation with a third-place finish, ahead of M-Sport pair Adrien Fourmaux and Gus Greensmith in fourth and fifth.

Ogier now holds a 34-point in the standings from team-mate Elfyn Evans, with Neuville a further 22 points adrift.

Next up is a tarmac event, Rally Estonia, across July 15-18.