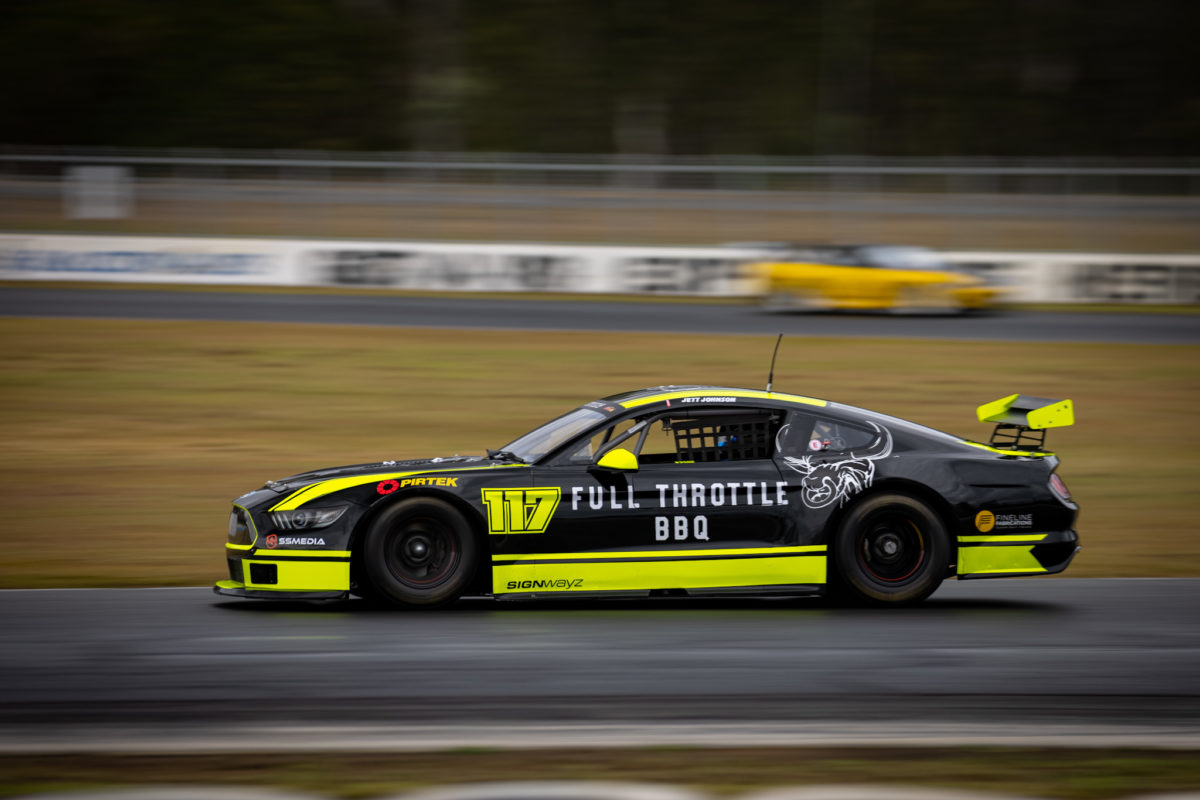 Nathan Herne took a clean sweep of TA2’s Northern Series round at Queensland Raceway’s 2 Days of Thunder event, where debutant Jett Johnson earned Rookie of the Round honours.

Johnson finished the four races in fifth, third, third, and second respectively, having qualified on the front row for the opener after topping the sole official practice session for the Promaxx Performance Exhausts TA2 Muscle Car Northern Series field.

However, he was second-last almost as soon as Race 1 started due to a gear linkage issue, and still only ninth by the time Lap 2 was done.

From there, the 16-year-old gained four positions in the space of three laps, and was right behind Anthony Tenkate when the chequered flag flew after a dozen laps.

Herne converted the PWR Pole Position into a lights-to-flag victory, ahead of Russell Wright and John McLaughlin.

In Race 2, it was again Herne heading home Wright, while Johnson passed McLaughlin on the third-last lap, and that top three was repeated in Race 3.

Race 4 was a close-run thing between Herne and Johnson, the latter of whom had got by Wright on Lap 1 at Turn 3.

However, it was the slightly older of the two teenagers who was able to successfully defend his position and prevail by just under four tenths of a second. 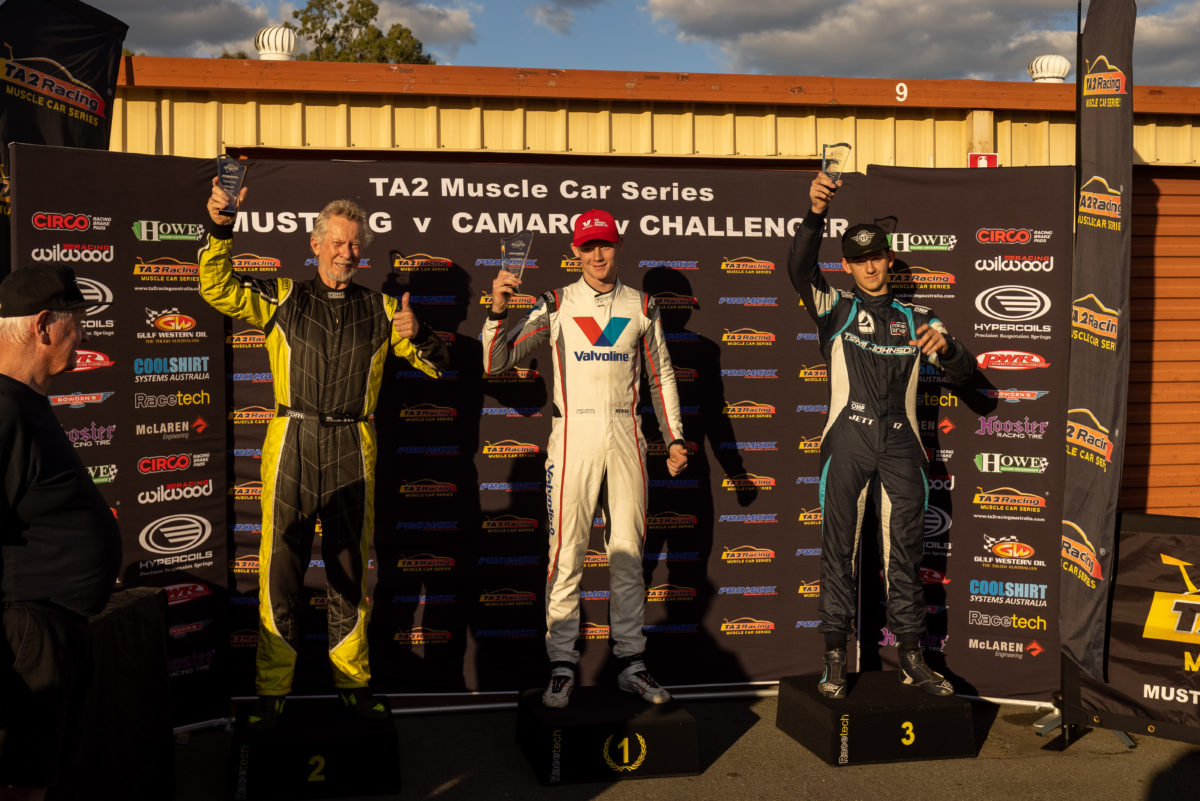 The podium at Queensland Raceway

“It was an enjoyable weekend racing in the sunshine here at Queensland Raceway,” said Herne.

“It was an awesome weekend in my previous TA2 car and it was all thanks to Cameron Sendall and Peter Robinson to get me back in the car. I haven’t been in this car for a year so we tried a few things and had good speed in each race.

“Anytime you get back in a race car is great and it was a low-pressure weekend where we got out there and had great battles on track and came back and had a plenty of laughs in the pits.”

Johnson was awarded Rookie of the Round status in what was his first event driving a rear-wheel-drive race car.

The TA2 Muscle Car Series is set to next be in action at Winton on July 16-18.