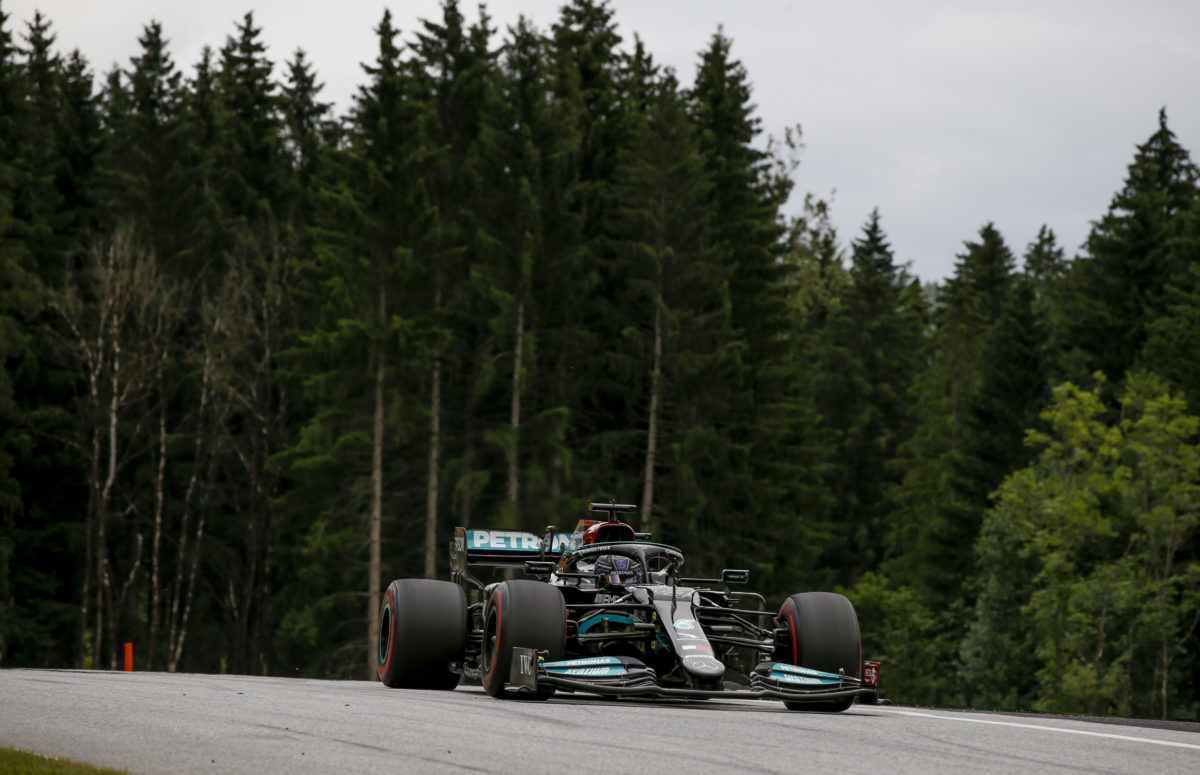 Lewis Hamilton branded his drive to second in the Formula 1 Styrian Grand prix as ‘lonely’.

The seven-time world champion officially ended the 71-lap encounter over 35 seconds behind Max Verstappen, though that deficit is misleading.

A pitstop with two laps to go saw what was a 17 second gap extend as Hamilton looked to salvage the point for fastest lap from a race in which he’d been comprehensively beaten.

“It was a bit of a lonely race really,” Hamilton said.

“I was trying to keep up with those guys but the speed they have, they’ve obviously made some big improvements over the last couple of races and [it was] impossible.

“I don’t know where we’re losing all the time,” he added.

“Their long run seems to be a bit better, they seem to be able to continue pulling out those laps.

Hamilton has now fallen 18 points behind Verstappen in the world championship standings, while his last win came at the Spanish Grand Prix in early May.

It marks his longest dry spell in terms of a race win since 2016, and Mercedes’ longest in the turbo-hybrid era.

With Formula 1 set to remain at the Red Bull Ring for the Austrian Grand Prix next weekend, there’s a strong chance that situation will continue.

“We need to find some performance, we need an upgrade of some sort, we need to push,” said Hamilton.

“I don’t know whether it’s just the rear wing or whether it’s the upgrade in the engine, whatever it may be, but we’ve got to find some performance.

“I mean, naturally they are just faster, so there’s not a lot that I can do in that respect,” he added.

“I’ve just got to keep trying to do the best job I can each weekend.”

Practice for the Austrian Grand Prix begins on Friday at 19:30 AEST.