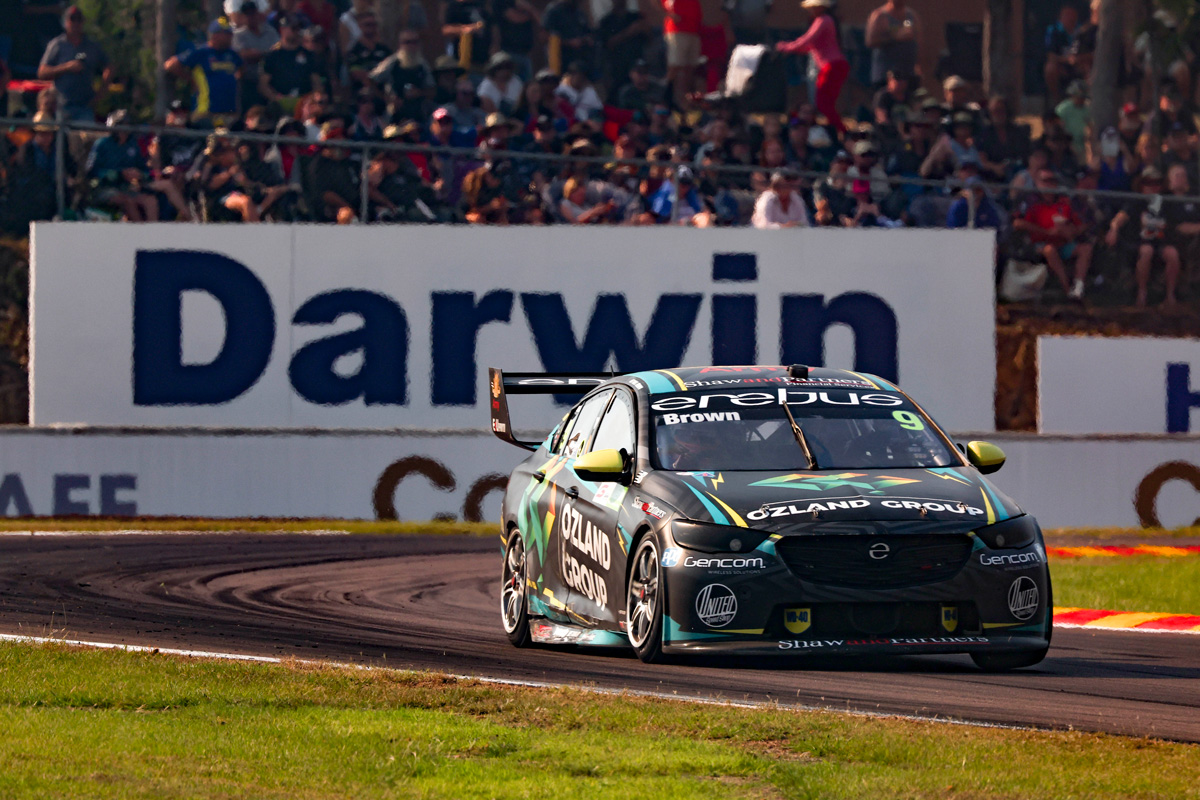 In their place came talented but relatively unproven youngsters Brown and Kostecki.

Five rounds in, the duo have exceeded expectations to sit 10th and 11th in the championship, respectively.

While the early limelight followed Kostecki, who delivered an outstanding podium at Sandown in March, Brown has chipped away in the background.

The 23-year-old finished all three races at the recent Darwin Triple Crown inside the top 10, and now has three top five qualifying efforts to his name in 2021.

“Five rounds in, it’s pretty exciting to be sitting top 10 in the championship and Brodie is pretty much there as well,” Brown told Speedcafe.com.

“It’s awesome for Erebus, myself, Brodie just to show that we’re there to race and to hopefully race up the front.

“All the categories I have raced over the years I have been able to jump in and do a good job so I thought we could do a similar job to what we’re doing, I thought that would be the case.

“Obviously there was a lot of people and a lot of doubters around saying that we couldn’t do what we’re doing but it’s great to prove a lot of them wrong and be racing up the front.”

Brown was the 2020 Super2 Series runner-up

With growing consistency, Brown has now set the bar higher for his end-of-season championship target.

“At the start of the year I think we had it as top 15 but to be honest that has probably changed and we’re looking at top 10,” he said.

“If you have a look around, if we keep doing what we’re doing, there’s no reason we can’t finish in that sort of back end of the top 10 in the championship.”

Brown also reserved praise for the healthy team-mate relationship driving both he and Kostecki to new heights.

“To be honest, we’re both trading blows against each other,” added Brown.

“It’s been fantastic all year, we’re both very close in speed and driving so it just really helps us out and pushes us to want to do better, especially when your team-mate has just pipped you or I just pip him.”

Next up on the Supercars schedule is Round 6 of the championship, the NTI Townsville 500 on July 9-11.