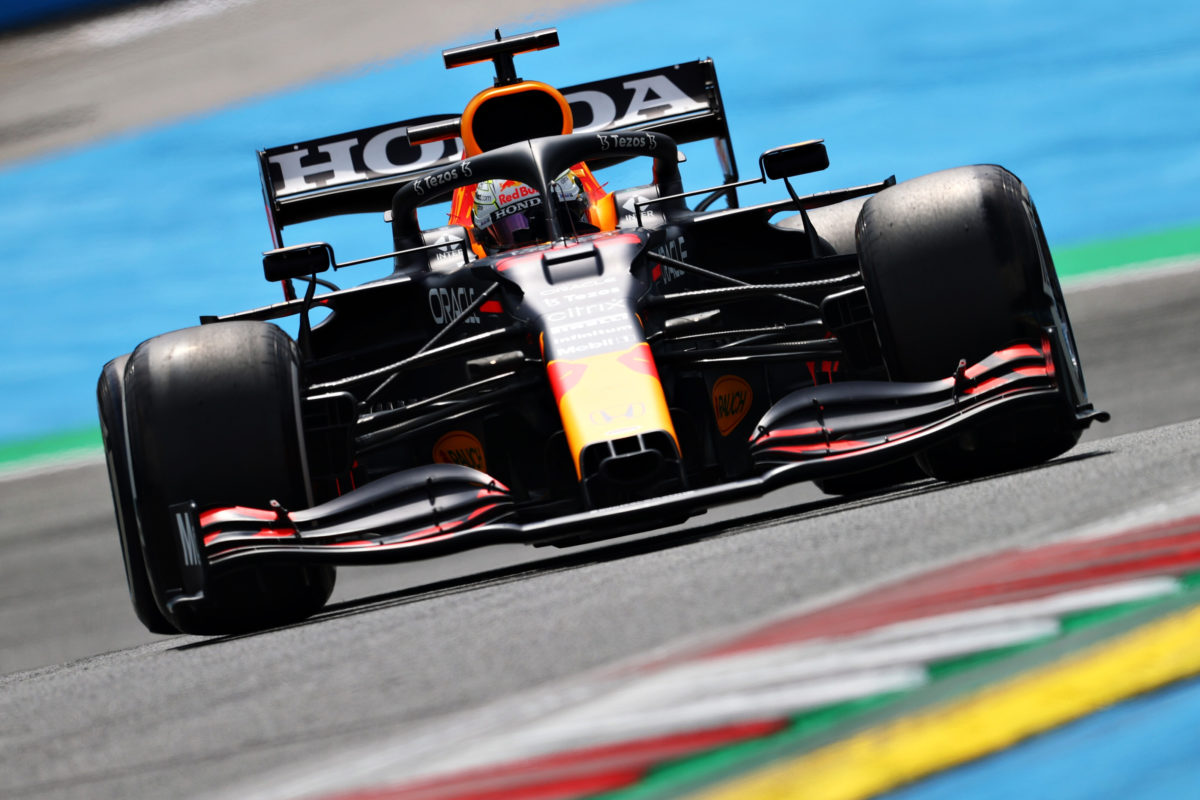 Max Verstappen has taken pole position for the Formula 1 Styrian Grand Prix in a session that saw Daniel Ricciardo fail to fire.

Ricciardo survived an uncomfortably close call to make Qualifying 2 and will line up 13th in a session that saw team-mate Lando Norris fourth fastest.

On the front row, Verstappen will be joined by Lewis Hamilton despite Valtteri Bottas setting the second fastest time in qualifying.

The Finn was slapped with a three-place penalty after spinning in the pit lane during Free Practice 2, which will drop him down the grid for Sunday’s race.

As qualifying began, the two Alpines ran off sequence, but it was Nicholas Latifi who stunned.

With the opening minutes having progresses as expected with banker laps, the Canadian recorded a 1:05.175s lap.

It was a time good enough for eighth place, putting most everyone behind fourth fastest Lewis Hamilton at risk.

In the elimination zone, Kimi Raikkonen had an off at Turn 4, running into the gravel but able to rejoin and return to the garage.

All bar the fastest four headed out, Verstappen, Bottas, Norris, and Hamilton remaining in the garage and resulted in saw a log jam of cars form approaching Turn 9, with many coming to a standstill while jockeying for space on track.

The McLaren driver had been the fastest of anyone to the first split but the lap unravelled from there.

On the medium compound tyres to start Qualifying 2, Bottas recorded a 1:04.724s to kick off the segment before Verstappen went fastest with a 1:04.540s, shortly before Hamilton logged a relatively pedestrian 1:05.386s.

The Mercedes driver’s time was the result of a locked left-front tyre at Turn 3, a mistake which would force a second run and the use of another set of tyres – a point which could prove important come the race.

Pierre Gasly shot to the top with a 1:04.429s on a set of soft compound tyres, while Norris slotted in third also with a set of the red walled tyres.

Meanwhile, Ricciardo found himself only 14th fastest, his 1:05.145s more than seventh tenths off the pace.

Hamilton returned to the circuit with four minutes remaining, the Brit the only car on track, on a set of medium tyres.

He recorded a 1:04.512s, the fifth fastest time of the segment, as the bulk of the remaining field began their final flying laps – aside from Gasly, who remained in the garage.

Ricciardo’s blushes were somewhat helped by Vettel losing his best lap, the German dropping to 14th and therefore promoting Ricciardo to 13th.

As Qualifying 3 began, Hamilton headed out on track, again enjoying the Red Bull Ring to himself.

He duly delivered a 1:04.205s time, the fastest time the Englishman had managed in the session to that point.

All but Stroll then headed out on circuit, Tsunoda slotting in second fastest with the next timed lap, which became third to Gasly when the Frenchman completed his lap.

Verstappen became the first man into the 1:03 bracket with his provisional pole time, a 1:03.841s.

Norris repeated his Qualifying 2 form to slot in third fastest with a 1:04.244s, just 0.039s slower than Hamilton had managed.

The seven-time champ began a second run with six minutes remaining, shortly after the bulk of the field had completed its first run.

Running off sequence, Stroll recorded a time that put him eighth fastest on a set of used soft compound tyres when he flashed across the line with just over three minutes remaining in the session.

A poor first split for Hamilton on his final flying lap saw the Mercedes driver a quarter of a second off the pace.

It was a deficit that only compounded further around the lap, culminating in a mistake at the penultimate corner.

Bottas rose to second fastest with his lap, though with a three-place grid penalty to be added to his result he’ll start Sunday’s race from fifth.

Norris slotted in fourth best with Perez fifth and Gasly sixth, the top 10 rounded out by Charles Leclerc, Tsunoda, Fernando Alonso, and Stroll.

Verstappen will therefore be joined on the front row by Hamilton, with Norris and Perez on the second row.

The Formula 1 Styrian Grand Prix, the eighth round of the 2021 world championship, gets underway at 23:00 AEST.