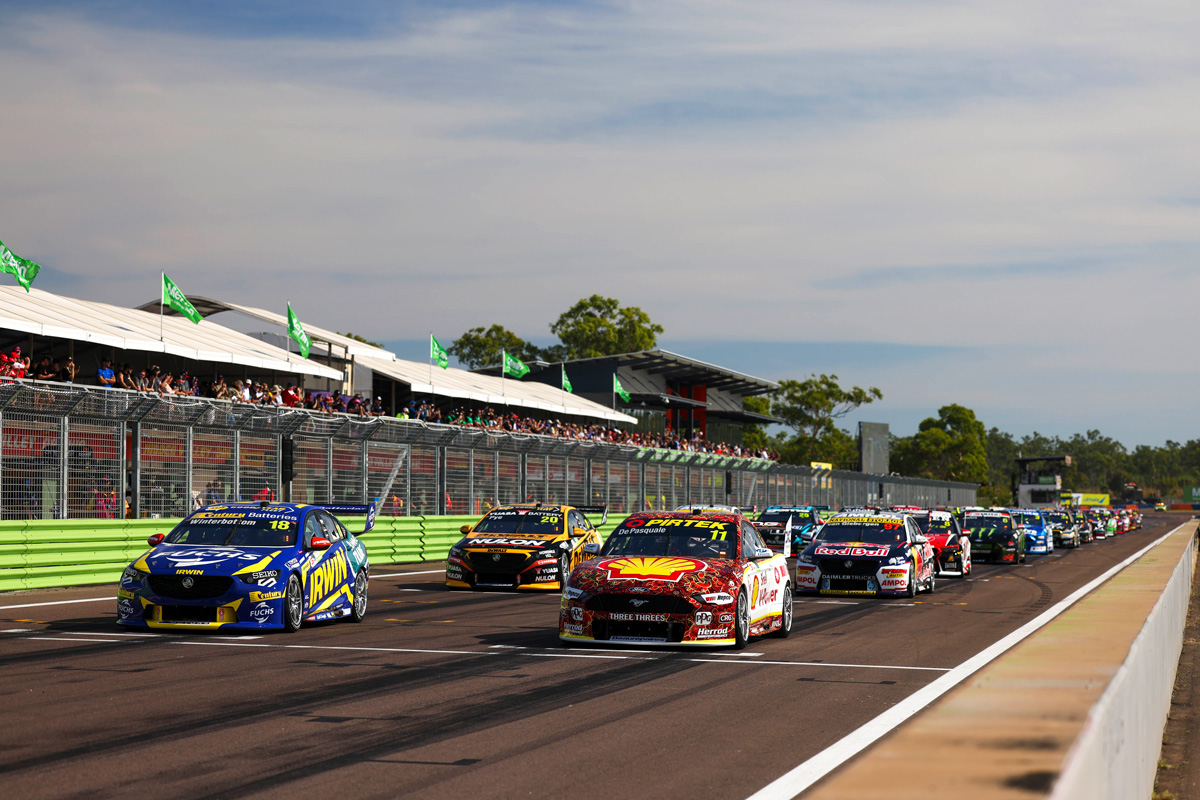 Supercars legend Mark Skaife is partnering with Australia’s biggest sports company in a bid to become the championship’s next owner, Speedcafe.com has learnt.

The situation around Archer Capital’s sale has come to light in recent days, with several reputable groups circling to buy Supercars.

Among them is a five-strong consortium made up of Paul Morris, Peter Adderton, Pete Smith, Mick Doohan and Alan Gow.

Another contender that has emerged is Skaife, a five-time Supercars champion and six-time Bathurst 1000 winner who is now prominent as a veteran television commentator.

Speedcafe.com has been unable to contact the 54-year-old but has learnt the bid he’s part of is in conjunction with TLA Worldwide/TGI Sport.

Skaife’s knowledge and passion for the sport combined with the mega resources of TLA/TGI makes for a formidable prospect in the race to acquire the majority share in Supercars.

TLA has a powerful portfolio of partners, working closely with leading organisations including the AFL, NRL, NBL, A-League and Super Netball.

Key players in the Australian sport market, TLA/TGI pride themselves on “connecting brands and fans” per the latter’s own website.

Speedcafe.com sources understand the Skaife/TLA/TGI bid would be centred around growing the sport and keeping teams sustainable.

Australian Racing Group is another potential option that has been mooted, having previously made a formal bid for Supercars.

“I won’t comment on it specifically other than to say ARG has always been open to looking at opportunities for various categories and motorsport opportunities in Australia, so that remains,” Braid said at the time.

It’s believed at least one well-known international entity has put its hat in the ring, too.

Tim Miles of Miles Advisory Partners, who is consulting Archer through the sale process, has spoken of the possibility that Supercars will be sold by the end of 2021.