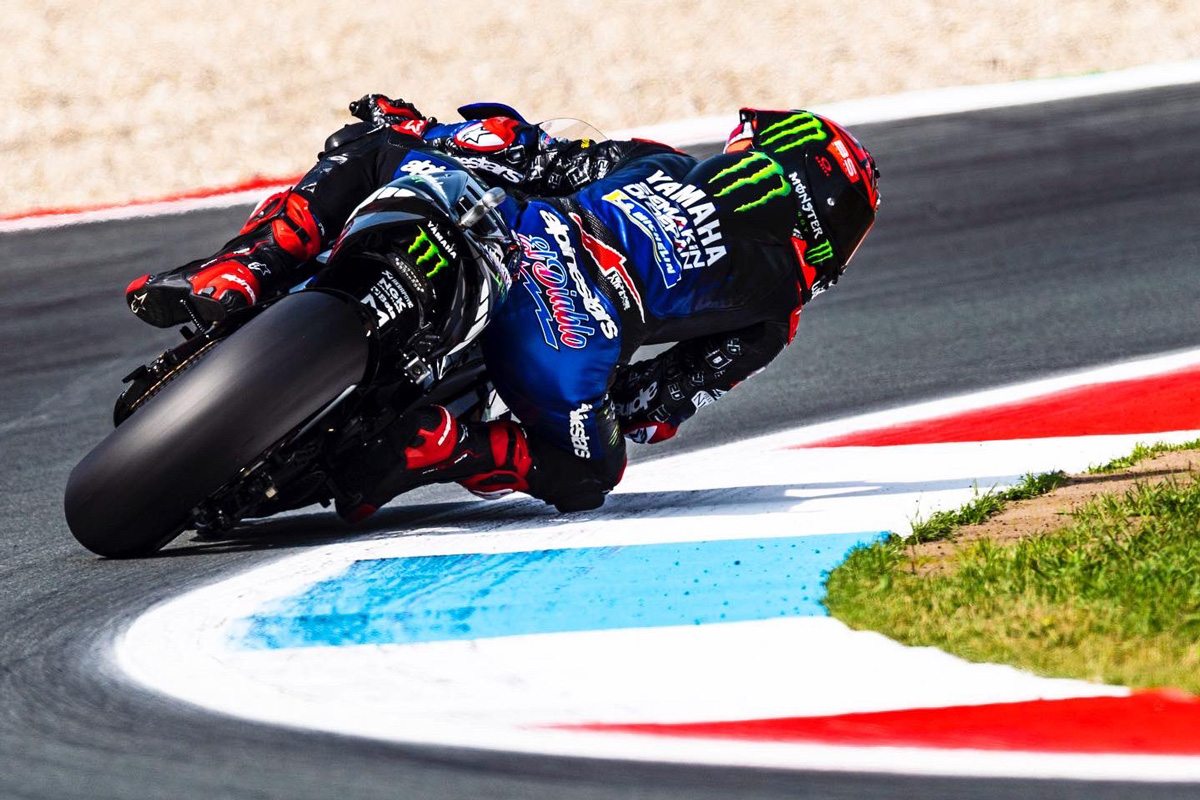 Fabio Quartararo has taken a sensational win in the Dutch TT as Jack Miller’s MotoGP championship hopes took a dive.

Quartararo beat Monster Energy Yamaha team-mate Maverick Viñales off the start line, only for Ducati’s Francesco Bagnaia to soon move to the front.

What followed was a thrilling exchange over several laps between Quarataro and Bagnaia, with the former eventually gaining the upper hand.

From there, the Frenchman would open up a reasonable margin to ensure he would extend his championship lead as those behind squabbled for the minor placings.

Bagnaia and Takaaki Nakagami had an intense back-and-forth battle for second, but by the end of 26 laps neither would be near the podium.

Bagnaia dropped to sixth courtesy of a long lap penalty for exceeding track limits, while Nakagami would plummet down the order to finish ninth.

Capping a disappointing day for the factory Ducati team, Miller was a non-finisher.

The Australian, who entered the round third in the standings, dropped the #43 at Turn 5 while running eighth and later retired with mechanical woes.

Miller was one of four retirements from the race; Valentino Rossi crashing out at high-speed having made a poor start, Jorge Martin pulling into the pits, and Iker Lecuona dropping his KTM.

In the battle for second, pole-sitter Viñales bounced back from a tough first lap to make it a team one-two, marking the Spaniard’s first podium since the 2021 season-opener.

Marc Marquez enjoyed a strong comeback ride, improving from 20th on the grid to finish seventh.