Miller not ‘particularly comfortable’ at Assen

Miller not ‘particularly comfortable’ at Assen 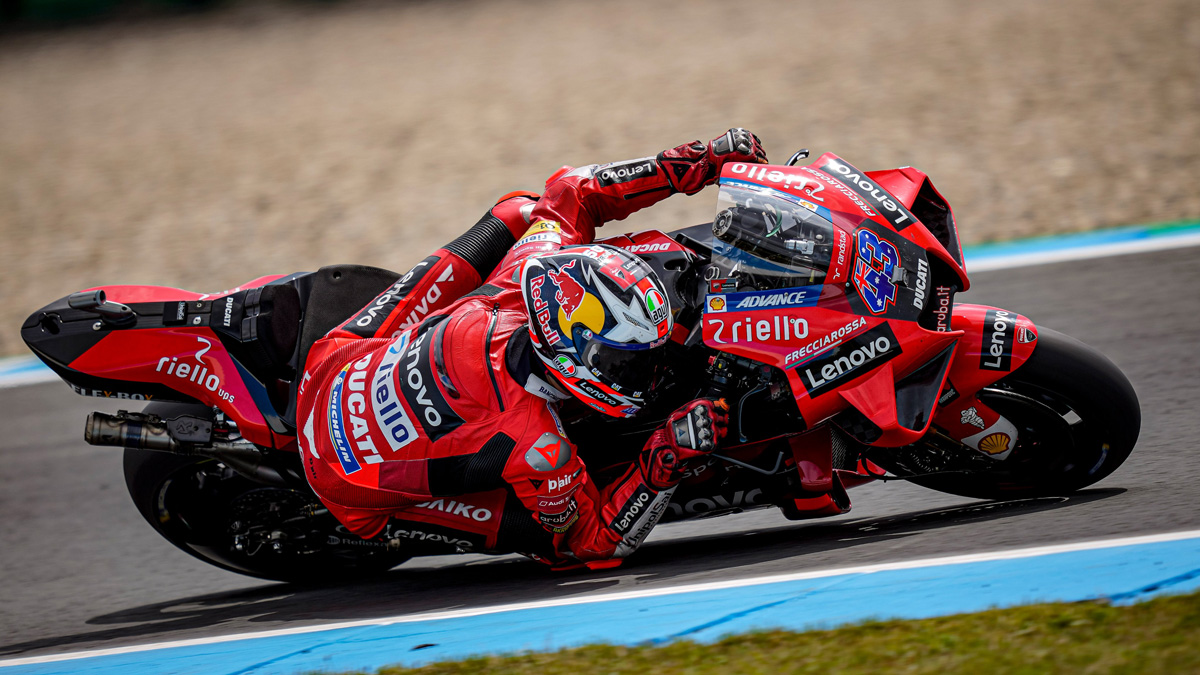 Jack Miller will be chasing a fast start tonight after managing no better than eighth in qualifying for the Dutch Grand Prix.

The factory Ducati rider was relatively buried down the timesheets throughout practice and admitted after qualifying that he’s not quite comfortable with the Assen layout.

“Unfortunately, I wasn’t able to take advantage of my last lap with the soft tyre because of the yellow flags, and that will force me to start from the third row tomorrow,” said Miller.

“This is definitely not a track where I feel particularly comfortable, but I will try to do my best in the race as always.

“The last sector doesn’t really suit my riding style, but we have a better idea of how to deal with it in the race after the qualifying.

“Tomorrow it will be important to get a good start to disrupt the pace of the frontrunners in the early stages and thus have a chance to attack in the final laps.”

It was a better showing for his team-mate Francesco Bagnaia, who booked a place on the front row of the grid.

Bagnaia qualified third, behind Monster Energy Yamaha riders Maverick Viñales and Fabio Quartararo, who he conceded are a step ahead.

“I’m thrilled because today we were able to make big steps forward compared to yesterday,” said the Italian.

“Since this morning’s FP3, we have consistently improved our pace, and we have achieved our goal of starting from the front row tomorrow.

“Quartararo and Viñales are still on another level right now, with incredible race pace, but we’re also working to take another step forward for the race, and I’m sure we’ll be able to do it.”

Miller and Bagnaia are third and fourth respectively in the championship. Quartararo holds a 24-point lead atop the standings from Pramac Racing’s Johann Zarco.