Larson in ‘disbelief’ after cruel end to hot streak

Larson in ‘disbelief’ after cruel end to hot streak 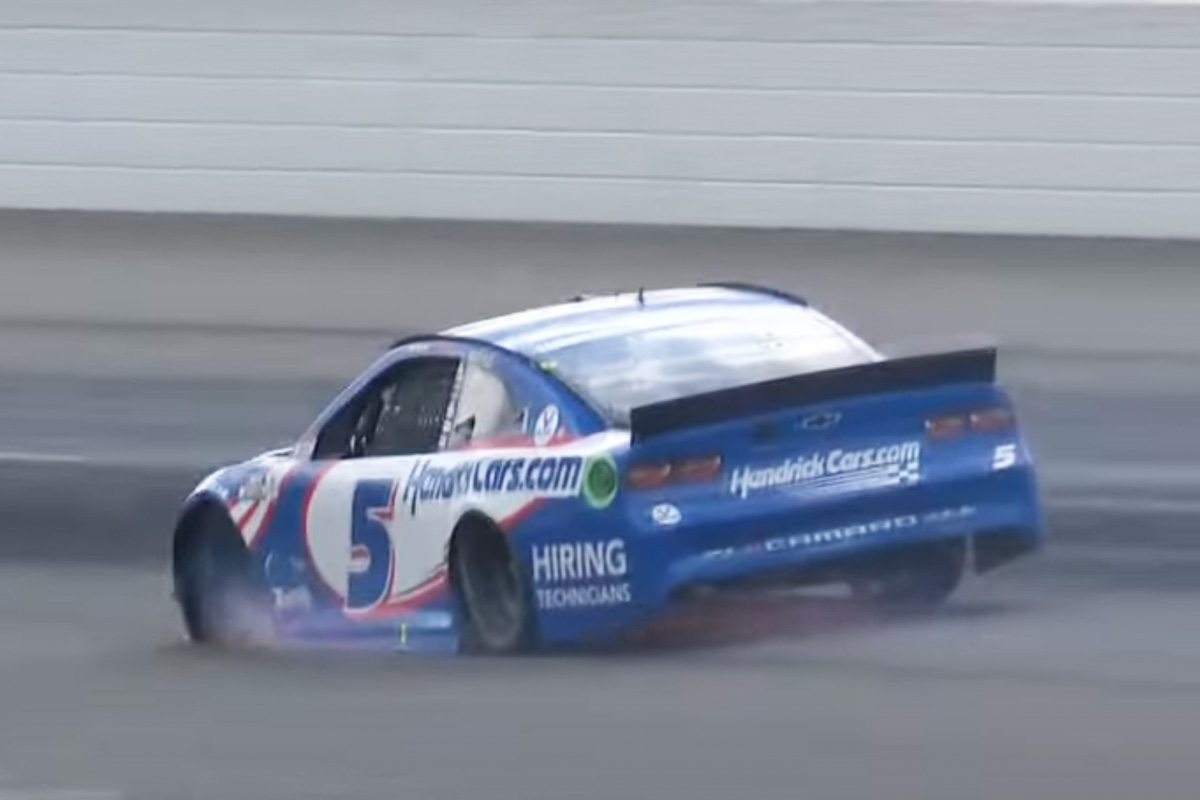 The 28-year-old had won the previous four races – one of which was a non-points affair – and was in the box seat to make it five on the trot when he held a comfortable lead on the final lap this morning (AEST).

That is, until a sudden tyre drama sent him into the wall, allowing Hendrick Motorsports team-mate Alex Bowman to steal victory.

“I don’t know, a little bit laughable just because I can’t believe it.

“Hate that we didn’t get another win. Would have been cool to win five in a row. Just wasn’t meant to be I guess today.

“Yeah, I felt something like right in the middle of the tunnel. Wasn’t quite sure what it was yet.

“It finally kind of shredded halfway through the short chute there. Couldn’t turn.”

Larson, who had been on a seven-race run of top two finishes, limped home to take ninth.

Pocono Raceway will host another race on Monday morning (AEST), with Larson to start from the rear of the field as a result of switching to a back-up car.