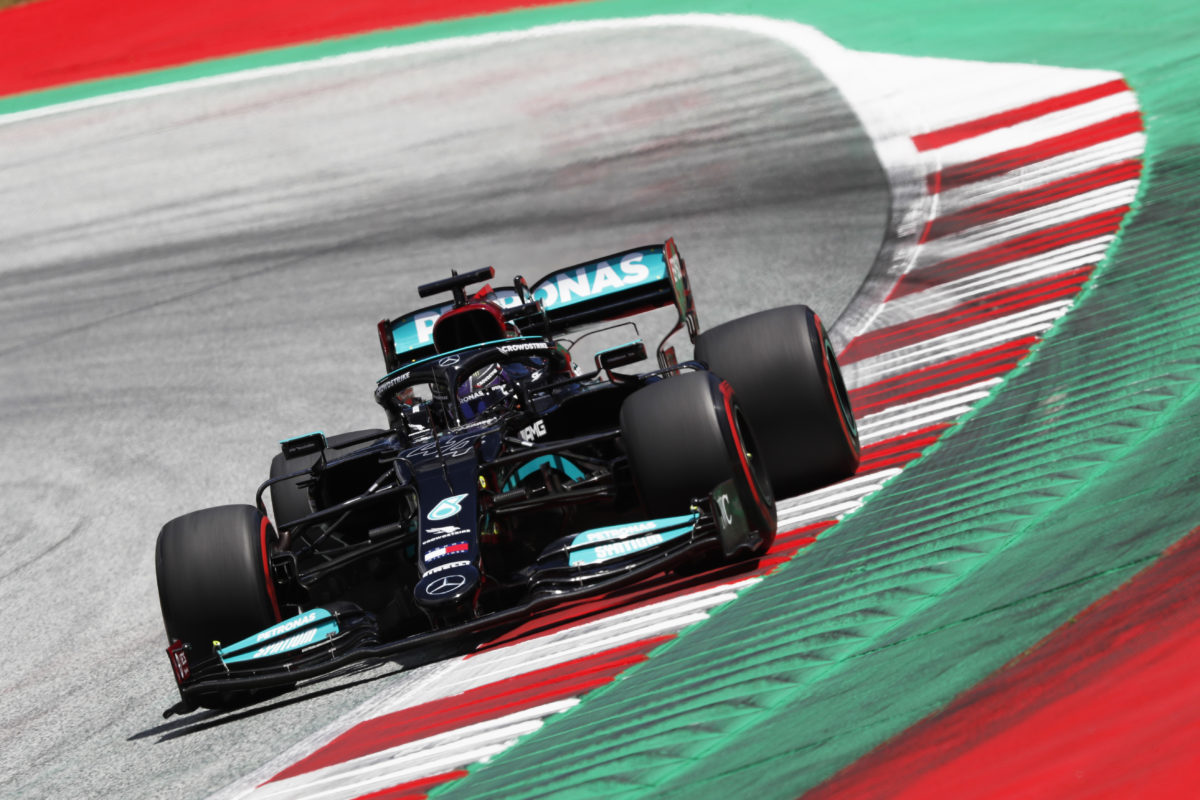 Lewis Hamilton has been left confused after he seemingly lost performance in qualifying versus final practice for the Formula 1 Styrian Grand Prix.

The Mercedes driver topped the final 60-minute practice outing having appeared to make a step forward from Friday’s performance.

However, in qualifying he was seen to struggle, unable to get within two tenths of pole sitter Max Verstappen and capable of just the third best time.

“It was a difficult session for me,” the seven-time world champion admitted.

“I genuinely have had a really good weekend so far, of course, not as quick as Max but I did a lot of work before the event.

“Car was feeling great all day yesterday, we’ve just been chipping away at it and each change is just trying to eke out like 10 milliseconds or something.

“Then I got into qualifying and the car just didn’t feel as great as it did in P3.

“I don’t fully understand it.”

While the 36-year-old qualified only third fastest, he will start Sunday’s race from the front row owing to a grid penalty for team-mate Valtteri Bottas.

He’ll start alongside championship rival Verstappen, the Red Bull having shown strong pace throughout the weekend.

The Dutchman proved fastest in both practice sessions on Friday, with Red Bull looking as though it holds an edge over Mercedes on race pace.

“They’ve generally had the edge throughout the weekend and the analysis last night was that they’re a quarter of a second ahead on long run pace,” Hamilton noted.

“We hope through [our] work we’ve closed that gap.”

The Styrian Grand Prix gets underway at 23:00 AEST this evening.