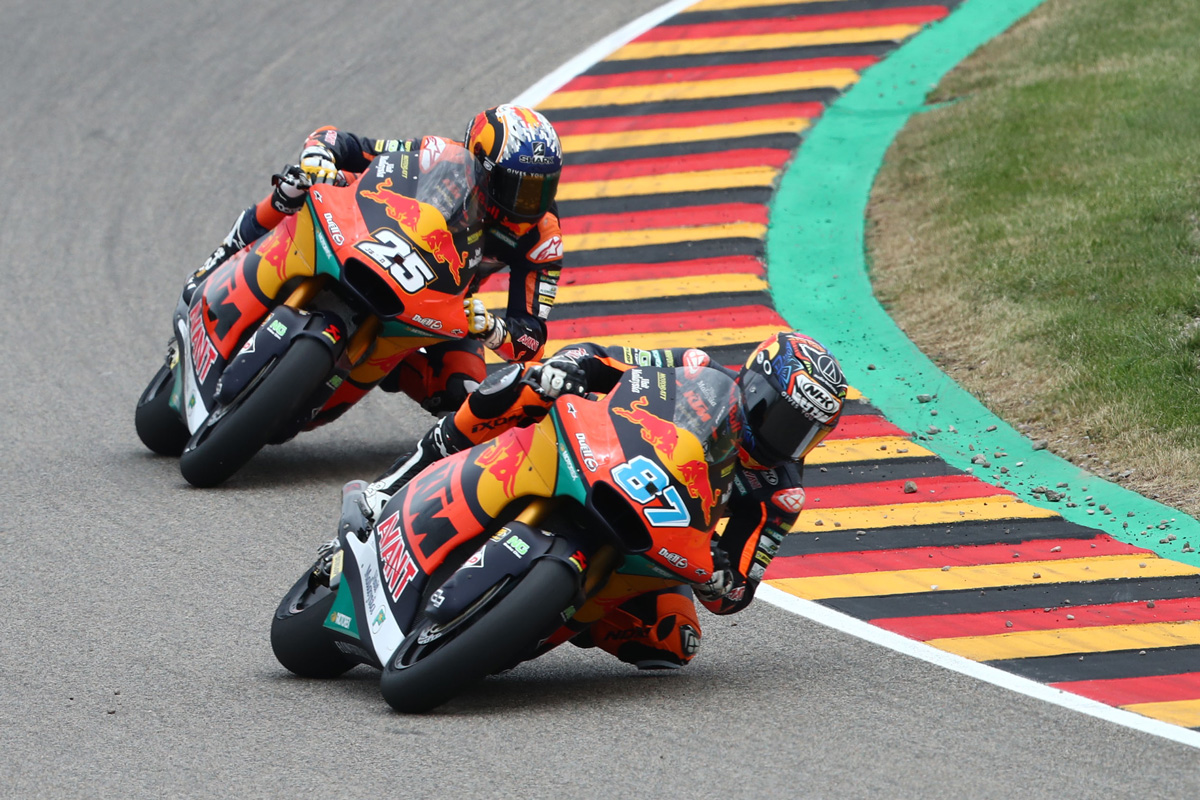 Gardner, who leads the 2021 Moto2 championship, was in early June confirmed for a promotion to the premier class next year.

Poncharal made no secret of his excitement at bringing Gardner aboard when addressing Tech3’s 2022 line-up at the ongoing Dutch Grand Prix.

“So already I can tell you that we will have an Australian rider, the guy who is leading the Moto2 championship at the moment, Remy Gardner, and we are very happy – delighted – when we see how he has matured, how he’s ending the season so far,” he said.

“We are very proud and we believe he will be strong from day one once on a MotoGP bike. I have no doubt about his ability.

“His team-mate, I think we have quite a lot of names.”

A decision could be finalised during the summer break, which commences after tonight’s action at Assen.

“Of course priority on the current riders, either Danilo or Iker, but also it could be somebody who is not with us this year,” Poncharal continued.

“I don’t want to add more speculation on this but I believe this race is going to be very important in order to finally go on vacation.

“But this will be vacation for the guy racing but not vacation for us because I think during the summer break, together with the KTM racing department, we will monitor everything that has been done during this first part and prepare the line-up to be clarified very soon and maybe already from Spielberg.”

Gardner will start tonight’s Moto2 race (starting 20:20 AEST) from second on the grid, having been beaten to pole by Fernandez.