Could Seton’s 1997 title winner be the next million-dollar Supercar?

Could Seton’s 1997 title winner be the next million-dollar Supercar? 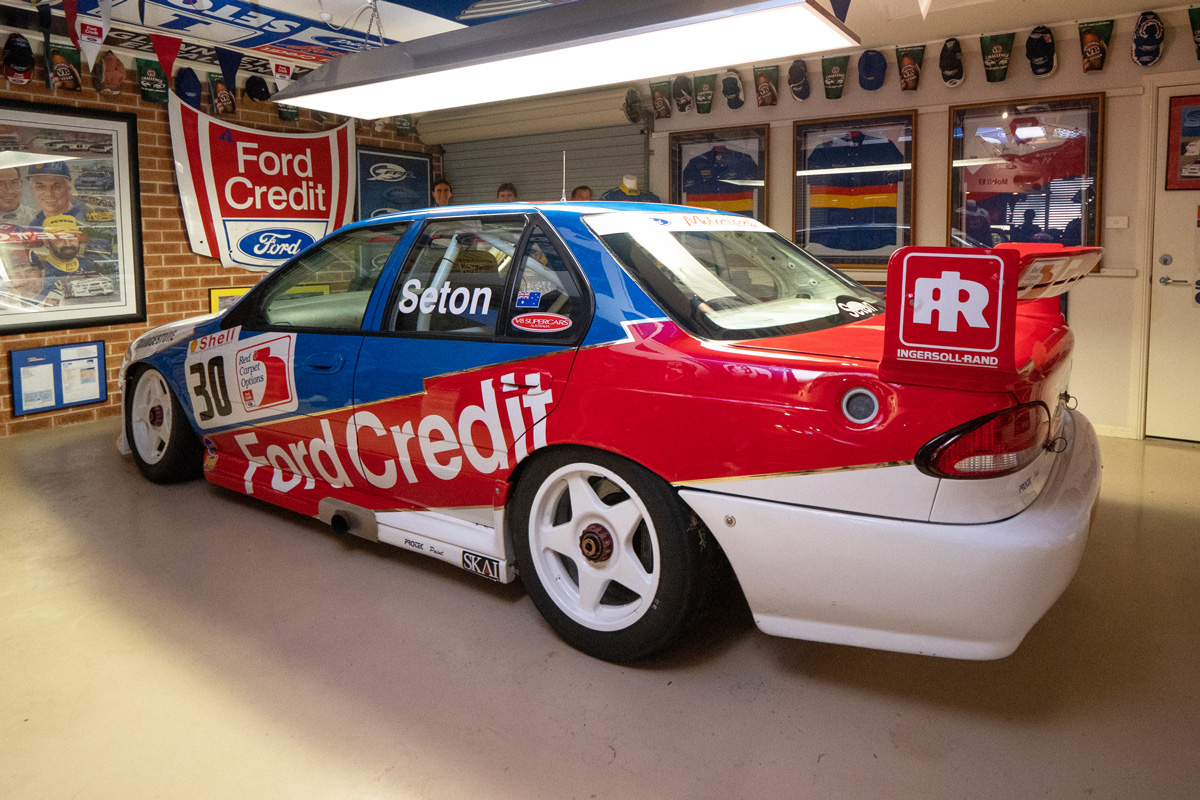 The famous Ford Credit Falcon has been put on the open market for the first time through Lloyds Auctions and will go under the hammer at noon on Saturday July 31.

The car, which comes in the original championship-clinching Ford Credit colour scheme and carries chassis number GSR7, has been put up for sale by long-time Seton fans Noel and Wendy Willoughby, who purchased the car privately in 2004.

It is in totally original condition and includes its 5.0L 302ci Windsor engine and six-Speed Holinger H-Pattern Manual gearbox.

The car also contains its original Autronic ECU systems, as well as the original PI systems dash and data logger.

The car is the latest in a list of famous Australian touring cars which have been auctioned by Lloyds and potential buyers can bid here.

Each individual item comes with a letter of authenticity from Seton, who will be involved in the marketing of the car during the next month.

Lloyds Auctions CEO Lee Hames says that the Seton car is one of the best examples of an Australian touring car to be put up for sale.

“We have had some cool cars go under the hammer recently, but this is seriously up there among the best examples we have seen,” said Hames.

“The owner has done an impeccable job maintaining its originality and mechanically it is first class.

“Glenn Seton is a true motorsport legend in this country and this car is such a memorable part of the sport’s history.”

The car was actually built for the Bathurst 1000 in 1996 and took pole for the race as well as setting a new 302kph benchmark on Conrod Straight.

Seton drove it to the championship in 1997, which was the first official season of the V8 Supercars era.

It was then driven in the opening rounds of the 1998 championship before chassis GSR8 was debuted at Phillip Island.

Neil Crompton drove the car at the end of 1998 carrying #111 before it was sold to Simon Emerzidis who competed in the enduros that year and in 1999 with Garry Willmington.

The car did not race in 2000, but was given an overhaul by John “Barrel” Panchos so Emerzidis could race it in the 2001 Konica Series.

Grant Johnson drove it under the Chance of a Lifetime banner in the Konica Series in 2002 and it had its last race start in the non-championship Konica race at Bathurst in the hands of John Henderson, but retired after 10 laps.

The Willoughbys bought the car from Henderson and set about rebuilding it to the condition it was in on the day Seton won the championship at Oran Park in 1997.

The car made an appearance in the Pirtek Legends event at the Gold Coast 600 in 2010 and was part of a Ford tribute at Bathurst in 2018 – on both occasions it was driven by Seton.

Seton and his original engine builder Scott Owen have done extensive maintenance work on the car over the years, including complete rebuilds of the fuel injection system, suspension, shocks, gearbox and differential.

There was extensive crack testing of the car before Seton drove the demonstration laps at Bathurst three years ago.

“To be honest the car was a bit of a mess when we got it, but we were determined to get it 100 percent correct,” said Willoughby.

“We got the car repainted and all the signage exactly how it was at Oran Park in ‘97.

“I got Wayne Jones (Sydney engine builder) to help me and he did an impressive job.

“It was incredible how much love there was for the car and who was willing to give us a hand to get it back to its original race-winning condition.”

Willoughby said he had no expectations on what the car would bring at auction.

“We just always looked at ourselves as being the custodians of the car,” said Willoughby.

“After 17 years it is time for someone else to enjoy it and obviously the current market means it makes sense for us to take it to auction.

“We have had some fabulous times with the car and Glenn over the years and new owners are not just buying a piece of motorsport history, but the chance to create some awesome experiences.”

Lloyds also announced last week that they are now accepting cryptocurrency as payment on purchases.