Dunlop operations manager Kevin Fitzsimons says super soft tyre fall-off in Darwin wasn’t anywhere near where he expected, but believes teams might have contributed to that.

The new super soft tyre had its first competitive outing at Hidden Valley Raceway last weekend, but suffered nowhere near the degradation Supercars had hoped for.

That left Dunlop, drivers, and teams perplexed, Nick Percat calling for a “super-super­-super-super-duper soft” tyre next time around.

However, the solution could be as simple as a tyre pressure fix, according to Fitzsimons.

Speaking with Speedcafe.com, Fitzsimons explained how teams affect the pre-race pressures by laying their tyre sets out and “baking” them in the sun.

In effect, the tyre temperature and psi increases. By the time teams are ready to race, air is let out of the tyres to bring them down to the minimum pressure.

However, when they cool, that pressure falls below the minimum 17 psi.

Supercars mandated 17 psi as the minimum tyre pressure for the Darwin Triple Crown.

A tyre that has a higher tyre pressure will slide around and result in more wear, of which there was very little at Hidden Valley Raceway.

“When you see everyone baking the tyres out in the sun to get it to 17 psi, when they go cold they’re considerably lower than 17 psi,” Fitzsimons explained to Speedcafe.com.

“It actually changes the shape of the tyre. They don’t crown in the centre like they would if the pressure was higher.

“Therefore, the cars don’t slide around as much and don’t wear as much, et cetera.”

Unless teams are prevented from baking their tyres, the status quo will likely remain, at least for the Darwin Triple Crown.

A higher minimum tyre pressure has been set for the Winton SuperSprint where the super soft compound tyre will return.

With teams banned from testing on the super soft, to what extent the tyres wear won’t be known until Supercars races at Winton Motor Raceway, an event which has been provisionally rescheduled to July 31 to August 1.

“Winton is going to be a higher minimum pressure anyhow,” Fitzsimons said.

“It’s a very different animal, Winton. It’s very tight and twisty. The cars move around a lot. It leads to possibly wearing more.” 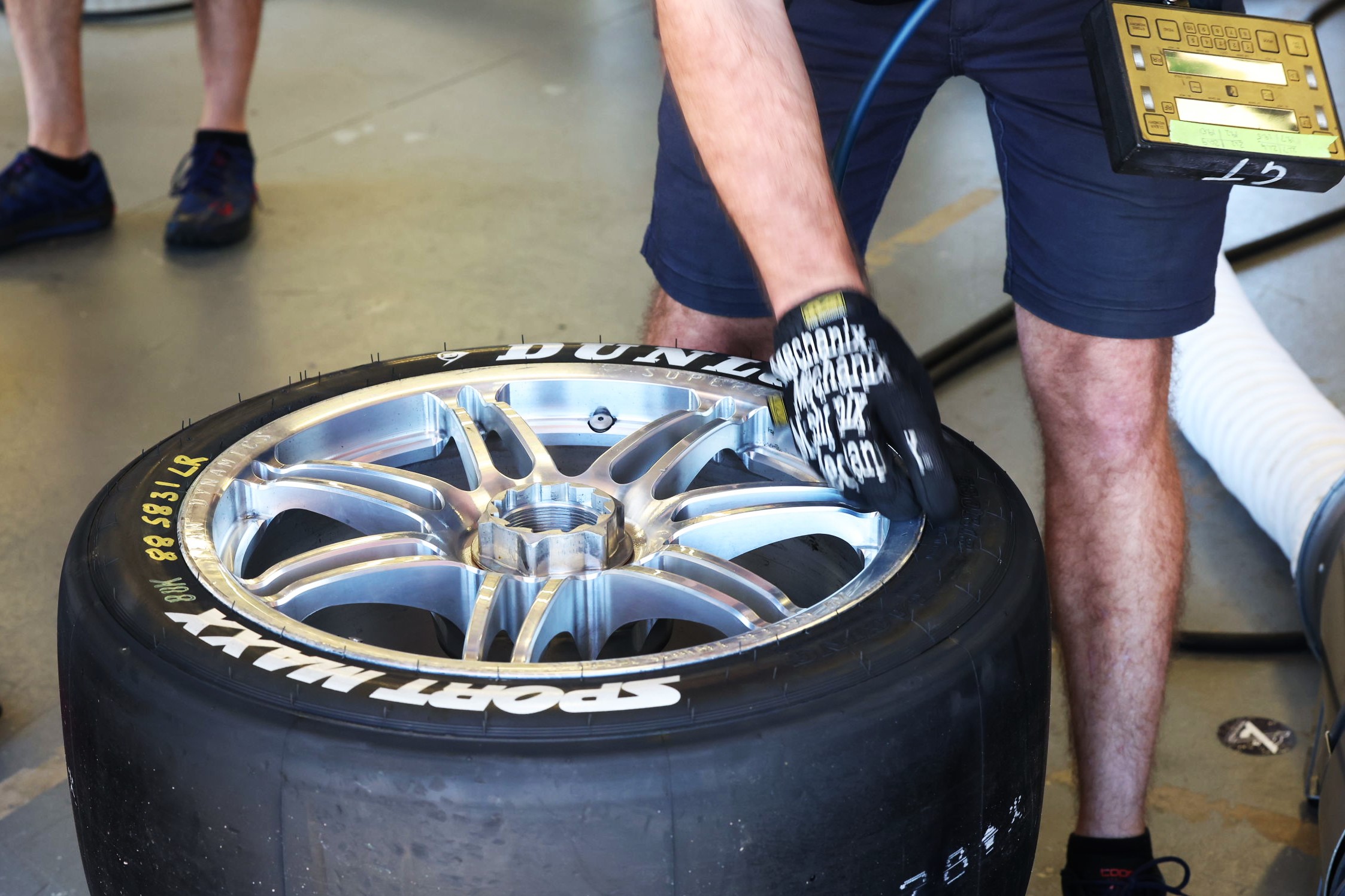 Nevertheless, Fitzsimons said he was happy with the Darwin debut.

“Overall, I’m happy we didn’t have any real issues with it at all,” he said.

“The guys that I spoke to, some said they could feel the grip in the mid-corner. It took them a little bit of time to get a handle on it.

“We knocked six tenths of a second off a lap record that was set in 2019 when the aero was very different on the Mustang then.

“It was a much better all-around package and the fact that was a Scotty Mac [McLaughlin] record, I’m very happy that Will [Davison] got into the fours around here was exceptional.

“It just sort of shows that we’re expecting the tyre to be a little bit quicker. It wasn’t designed to be quicker, but I expected it would be, and it eventually got there.

“I was a little bit confused on Friday night thinking where’s the pace in it. Overall, I’m pretty happy with it at the moment.

“We’re all a bit confused the drop-off wasn’t there as such, but as I said, it’s the nature of the track,” he added.

“Certainly, when we get back here next year, maybe with the same tyre, things could be very different with a higher minimum pressure or something.

“Drop-off wasn’t anywhere near what we were expecting, but I’m reasonably happy with it.

“The racing itself was reasonably good. It was close right the way through the field. There were battle packs.

“This track surface is unbelievably grippy. It’s that type of thing we knew coming here.”

Supercars will return to the soft compound at the NTI Townsville 500 on July 9-11 before Winton hosts the super soft’s second event.