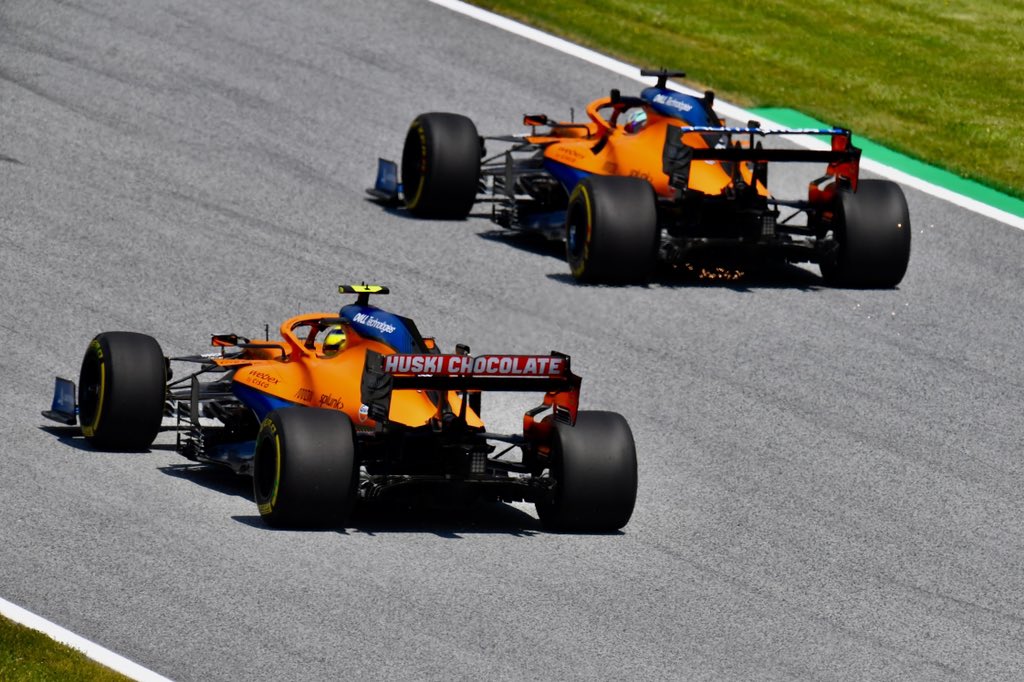 The Australian was second fastest behind Red Bull’s Max Verstappen with McLaren team-mate Lando Norris featuring inside the top 10.

Ferrari, with whom the Woking squad is locked in battle for third place in the constructors’ championship, could do no better than 11th in the afternoon session courtesy of Carlos Sainz.

“Both drivers [were] not fully happy with the balance of the car in the first session, so the team worked hard together with the drivers in a break to make some adjustments to the car.

“We could see straight away from the first run onwards that we could make a step.

“Then when doing the hot lap on the soft tyres I think everything worked pretty well, so decent start.”

Ricciardo and Norris had both found themselves down the order in opening practice, the former just 12th best and the latter 16th.

Both climbed the order in the afternoon, with Norris improving his relative deficit to Max Verstappen’s session best by 0.1s.

Ricciardo, meanwhile, improved by 0.4s in comparison to the Dutchman, who set the benchmark time in both practice outings.

Hopes are now high that the form can be carried into qualifying and then Sunday’s race at a venue which saw Norris claim a podium last season.

“I would say also on paper, it should be a track that suits our car,” Seidl reasoned.

“Both drivers, they’ve had good races here in the past, but again the battle we are in is so tight.

“It’s about one tenth or two tenth and you’re in P6 or P12 and sometimes even struggling to get into quali three,” he added.

“So [it’s] simply important to stay focused on ourselves, try to extract everything we can from the package we have, and then the objective is clear.

“Compared to previous weekend’s we just want to finish a bit higher up on Saturday to have an easier Sunday.”

Qualifying for Sunday’s Styrian Grand prix gets underway at 23:00 AEST this evening.