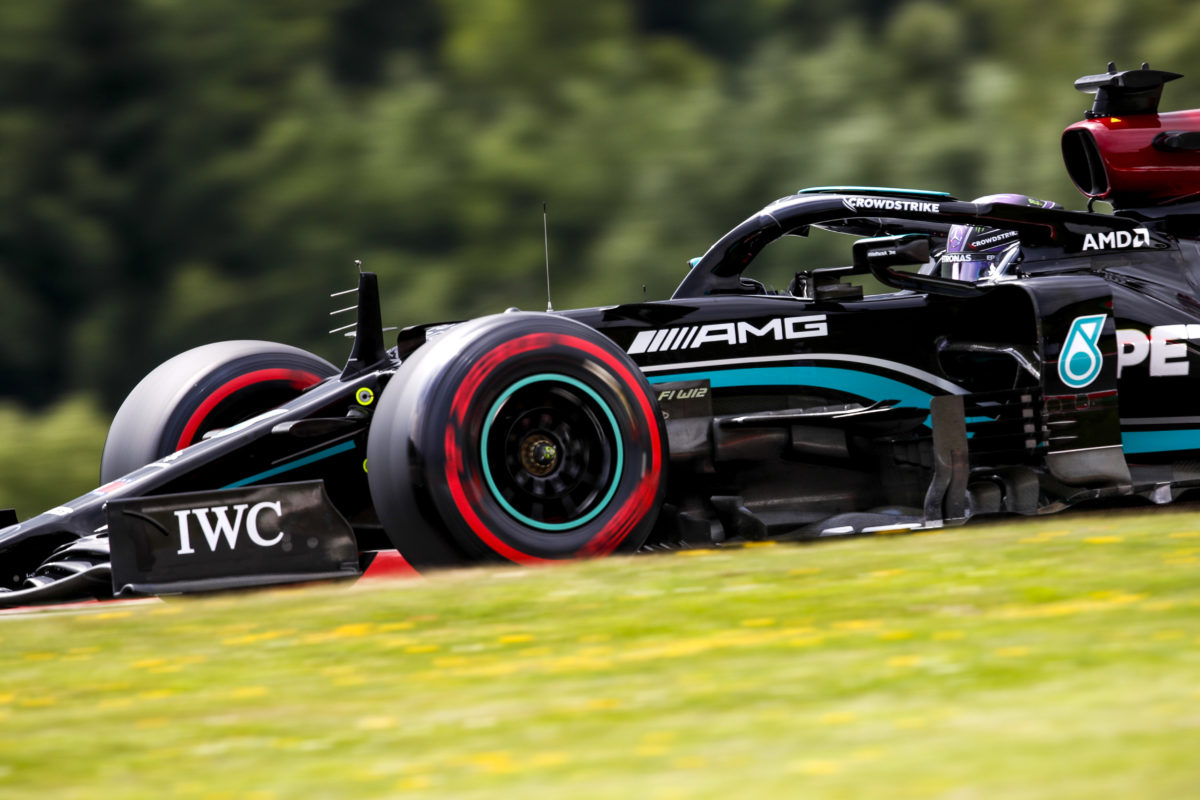 Verstappen had topped the session for much of the 60-minute hit out before Hamilton improved late in proceedings.

While the Red Bull driver looked to hit back in the dying minutes, his efforts were not enough as he wound up 0.2s away from the seven-time champion.

Pierre Gasly was one of the first handful of drivers to take to the circuit, the Frenchman having sat out Free Practice 2 on Friday.

A sensor issue with his Honda powerunit could not be repaired at that point, AlphaTauri switching out his engine ahead of the third practice session.

On track action began slowly, with only the two Haas drivers on circuit for much of the opening 15 minutes – together with an installation lap for Gasly.

That was partly a result of Friday’s running which had been threatened by rain.

As a result, teams had fast tracked their programmes in FP1 and FP2, often splitting their running with one car focussed on race pace and the other on qualifying trim.

There was therefore little incentive to rush out of the gates, with few doing so.

Things got busier after 20 minutes, with a mixture of tyre and fuel strategies at play, as Bottas quickly shot to the top of the standings after recording a 1:06.212s.

Verstappen then laid down an effort which moved him 0.492s clear, stopping the clock at 1:05.571s on a set of soft compound tyres.

Seconds later, Hamilton crossed the line to improve to second, though was still 0.329s away from his title rival.

It promptly became third when Yuki Tsunoda recorded a 1:05.819s to slot in second fastest.

Halfway through the session, Nikita Mazepin had his customary off, the Russian losing the rear at Turn 1 early in the corner before sliding onto the grass near pit exit.

Verstappen then improved to 1:04.971s, though Hamilton made similar gains to remain 0.3s off his Red Bull rival.

Lando Norris had banked a time good enough for fourth best though that was scrubbed for track limits.

As a result he remained 19th best on the official standings, more than two seconds away from Hamilton – who’d shot to the top with a 1:04.369s.

Ricciardo rose to 13th briefly though quickly found himself pushed back down the order with a best of 1:06.116s and ended the session only 17th fastest.

Having turned in just eight laps during the first 50 minutes of the session, Verstappen returned to the circuit in the final minutes.

He went second fastest with the best final sector, though his times suggest the first third of the lap was traffic affected.

Following his flying lap, the championship leader came into the pits but toured straight through and returned to the circuit.

Another build up lap was followed by another flying effort, improving on his previous effort only to have his time deleted.

Even still, it wasn’t enough to best Hamilton and he’d have remained broadly 0.2s behind the Mercedes driver.

Third best as the chequered flag fell was Bottas, followed by Perez and the two AlphaTauris of Tsunoda and Gasly.

Cars return to the Red Bull Ring circuit for qualifying at 23:00.