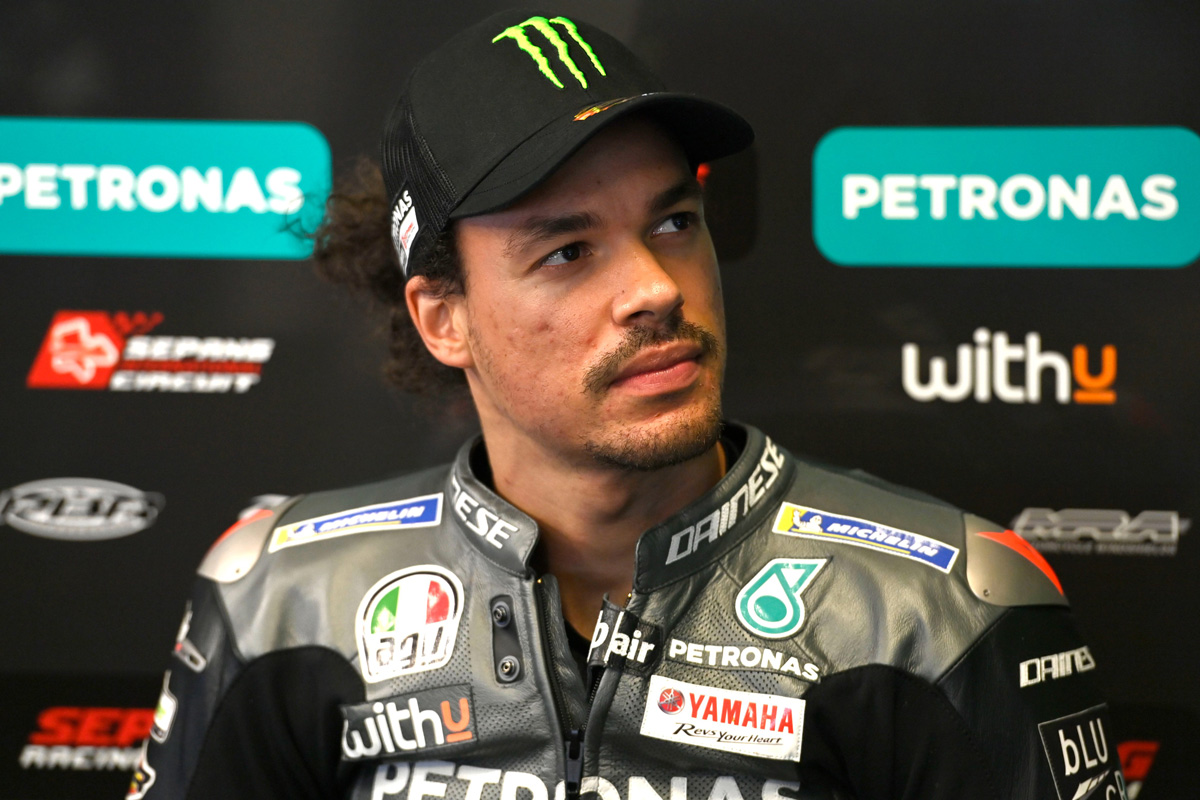 Yamaha SRT rider Franco Morbidelli has an eight-week rehabilitation ahead of him following a training accident that caused a knee injury.

Morbidelli, the 2020 MotoGP runner-up, was ruled out of the Dutch TT this weekend and replaced by American Garrett Gerloff.

Yamaha SRT has confirmed Morbidelli underwent a successful one-hour surgery to repair the damaged meniscus and anterior cruciate ligament in his left knee.

“Carried out in Casa di Cura Madre Fortunata Toniolo at Bologna, Professor Maurilio Marcacci and his team are satisfied with the surgery and the outcome of the operation,” read a team statement.

“Franco will now stay in the hospital until Sunday for observation. Upon release the Italian will be able to start the recovery process, which will include an eight-week rehabilitation programme.”

Morbidelli added: “After another painful incident with my left knee training on Wednesday I made the decision, together with Petronas Yamaha SRT and the VR46 Academy, to fix this issue that I’ve been carrying for too long now.

“I underwent surgery this morning with only one idea in my mind: to come back in the best form as soon as possible and to be able to perform at 100 percent on the bike.

“I want to thank Professor Maurilio Marcacci and his team for their work. I can’t wait to be able to start my recovery process.

“I’ll miss my team, my bike and all the fans during this period, but I’m looking forward to being at the circuits again and enjoying racing. Thank you for all of your messages of support. See you soon!”

Practice 3 at Assen is about to begin, with qualifying starting 22:10 AEST.