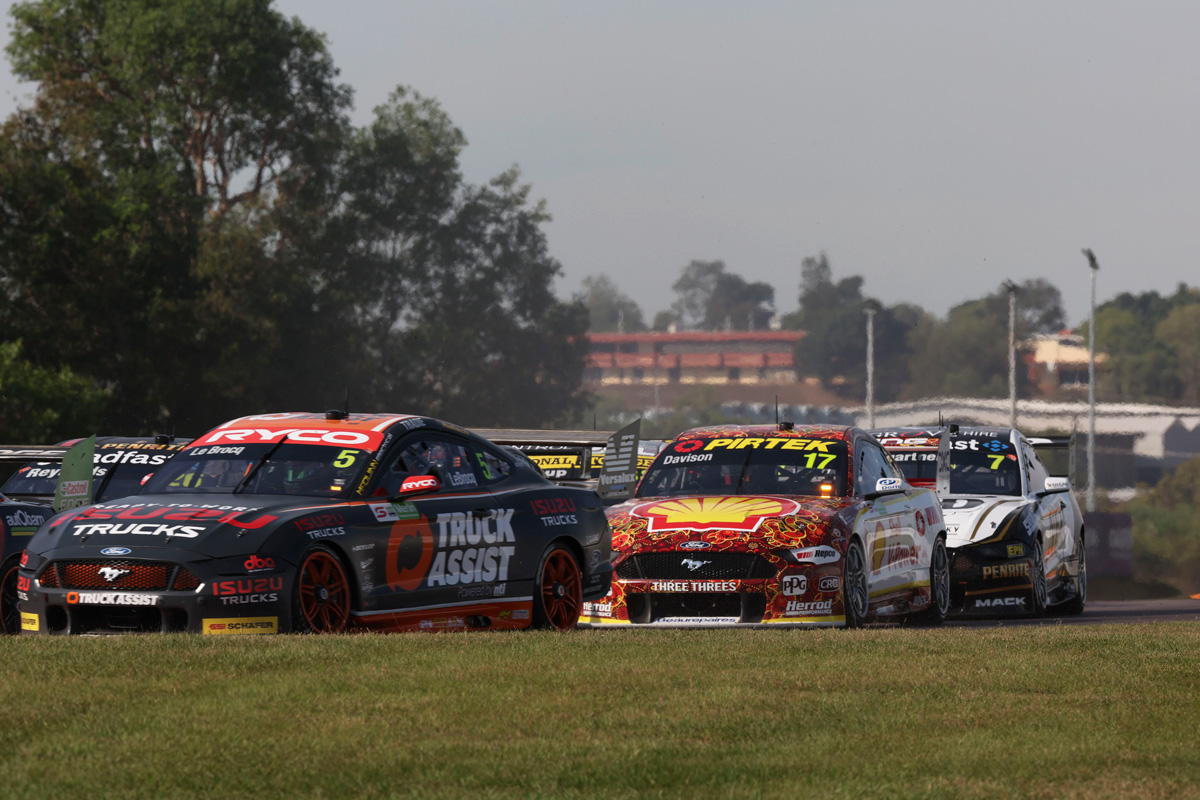 A five-strong consortium is working on buying Supercars to keep the championship Australian-owned.

Speedcafe.com can reveal one consortium in the frame to buy the category is made up of Paul Morris, Peter Adderton, Pete Smith, Mick Doohan and Alan Gow.

It comes as interest ramps up in acquiring Supercars, which current majority shareholder Archer Capital is looking to offload.

Five-time Supercars champion Mark Skaife is believed to be spearheading a rival bid.

Speedcafe.com has learnt of at least one more serious party in the mix, that being a well-funded American sporting consortium.

All prospective bidders have signed non-disclosure agreements, preventing them from speaking publicly on the matter.

Adderton, though, did take to Instagram today in response to a Speedcafe.com story in which Miles Advisory Partners founder Tim Miles, who is guiding the sale process, spoke of the desire for a buyer akin to Liberty Media, which bought Formula 1 in 2017.

“Liberty paid $4.6bn to purchased F1 in 2017 to acquire the business,” the Boost Mobile boss wrote.

“F1 is an elite older demographic who is well shrinking, F1 has struggled to gain a younger future demographic, their digital strategy was a failure and cost them millions in losses so Liberty’s idea to make more money to reverse these losses [is] more races which added more financial strain on teams.

“Liberty care about one thing: making money for their shareholders.

“Supercars needs an owner who cares about the sport and fans first, an American public company owning Bathurst would be the end for me…”

It’s now feared by some that the prospect of an international company owning Supercars is a very real possibility.

As for the consortium he’s been linked to, each have had deep involvement in motorsport.

Adderton sponsors two full-time Supercars in the 2021 championship – not to mention a Bathurst 1000 wildcard for Greg Murphy and Richie Stanaway – and also has naming rights for the Gold Coast 500.

Morris is a former driver/team owner, won the 2014 Bathurst 1000, and mentors a number of up-and-coming talents including the likes of Anton De Pasquale, Brodie Kostecki and Broc Feeney.

Smith is a successful businessman through his SCT Logistics company and owns a Racing Entitlements Contract, underpinning a Brad Jones Racing-run car for his son Jack.

Five-time MotoGP world champion Doohan is another with a history of success in business, while Gow is a particularly intriguing figure given his status as CEO of the British Touring Car Championship.

Miles has indicated Supercars could be sold before the year is out, which would represent  the end of Archer Capital’s 10-year period of ownership.