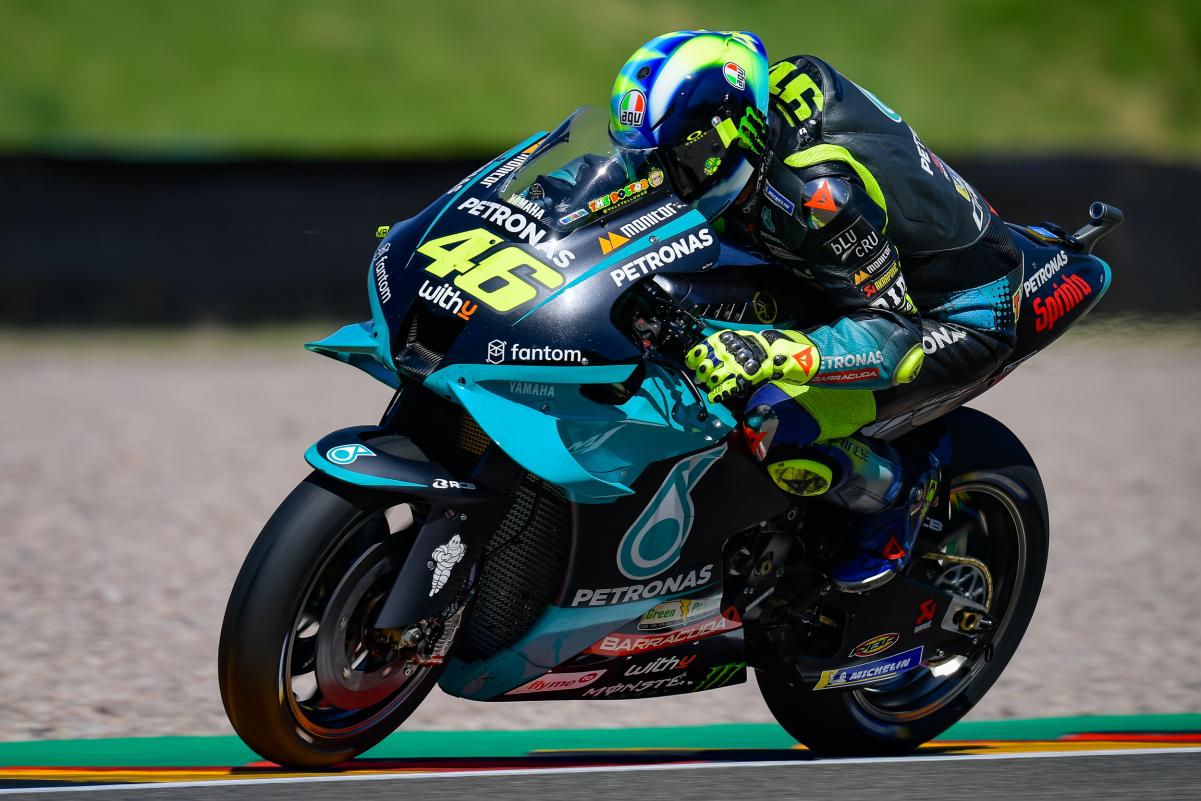 Valentino Rossi has given a firm indication that he is set to retire from racing in MotoGP at the end of the current season.

The 42-year-old currently rides on a one-year Yamaha contract at SRT and sits 19th in the 2021 championship with a best finish so far of 10th.

Unlike Rossi himself, key elements of the future of his VR46 team are now known, with the programme to be supplied bikes by Ducati and its place on the MotoGP grid confirmed.

That announcement was made on the eve of this weekend’s Dutch TT, in a communication which also included comments from VR46’s Saudi Arabian backer which expressed hope that ‘The Doctor’ will ride for his own team.

“It would be great for me that Valentino Rossi can compete in the next few years as a pilot of our Aramco Racing Team VR46 together with his brother Luca Marini,” said HRH Prince Abdulaziz bin Abdullah Al Saud.

Rossi had forecast a call about riding in 2022 during the summer break which begins after this weekend’s round at Assen and while he maintains no decision has yet been made, he is leaning towards bringing an end to his glittering career.

“I still not decide, because I will think more deeply during this break,” said the seven-time premier class champion.

“I also have to speak with Yamaha and with the team.

“But, we want to try for better performance and better results, for sure, and the start of the season until this moment was not fantastic under this point of view.

“So, I think that it will be very difficult that I will race also next year.

“Yes, always the Prince push on me to race with my team next year with the Ducati, but at the moment I think that will be very difficult.”

Expanding on the Prince’s wishes, Rossi remarked, “About the Prince, we spoke sometimes and he always push me for ride next year.

“I don’t expect that he say [that] in the press release, sincerely, but I know that he want to try this with me and my brother.

“But I use the same idea and the same word for the chance to not only race with Ducati, but in general to race next year with my team; I think it will be very, very difficult.”

Ducati and Yamaha had each been fifty-fifty propositions of supplying VR46 as at some point last month.

According to Rossi, the former got the nod in no small part due to a shared goal of developing Italian riders.

“At the end it remains Yamaha and Ducati and we decided Ducati, but first of all when we speak together we have a very good relationship with [Ducati sporting director] Paolo Ciabatti, that always works at this project, but also [Ducati Corse general manager] Gigi Dall’Igna.

“They will do a great effort next year with a lot of bikes [four teams including its own], the bike is competitive. I think in the end it’s because we have more things to share with Ducati, especially with growing up Italian riders.

“I think this was the main reason in the end.”

Whether Rossi remains a Yamaha ambassador is not clear, although he would say that “In my heart … I will always be a Yamaha rider.”