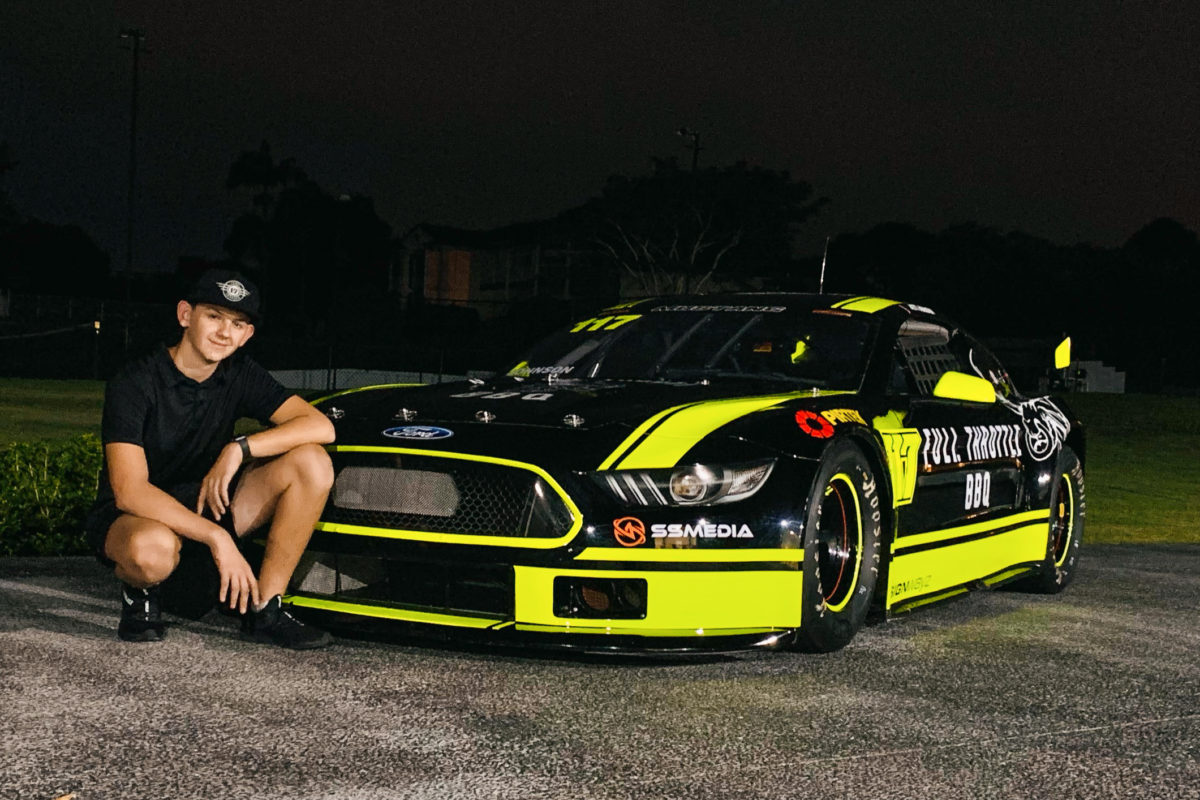 Jett Johnson has revealed his TA2’s livery ahead of his debut in the series this weekend at Queensland Raceway’s 2 Days of Thunder event.

Now, Johnson has shown off a black and fluoro yellow livery on this #117 Ford Mustang, which will carry primary backing from Full Throttle BBQ.

The 16-year-old will be team-mate to car owner Warren Wadley and, as well as the former’s father Steven, they will have Supercars Championship-winning engineer Paul Forgie in their corner.

“I’m so excited to get behind the wheel of the Full Throttle BBQ Mustang this weekend for my first TA2 race,” said Jett Johnson, grandson of Dick.

“The TA2 Mustang looks unreal and I have loved driving it so far.

“It is a lot more fun to drive than the Hyundai Excel, it takes a bit more discipline to drive on the edge and it’s easy to have the back-end hanging out at every corner.

“The main thing for me is to learn the discipline of driving and race craft, but also how to manage the tyres over a race weekend.

“Going into this weekend the aim is to just learn about the car, get used to it and have some fun out on track with a full grid of TA2 cars.” 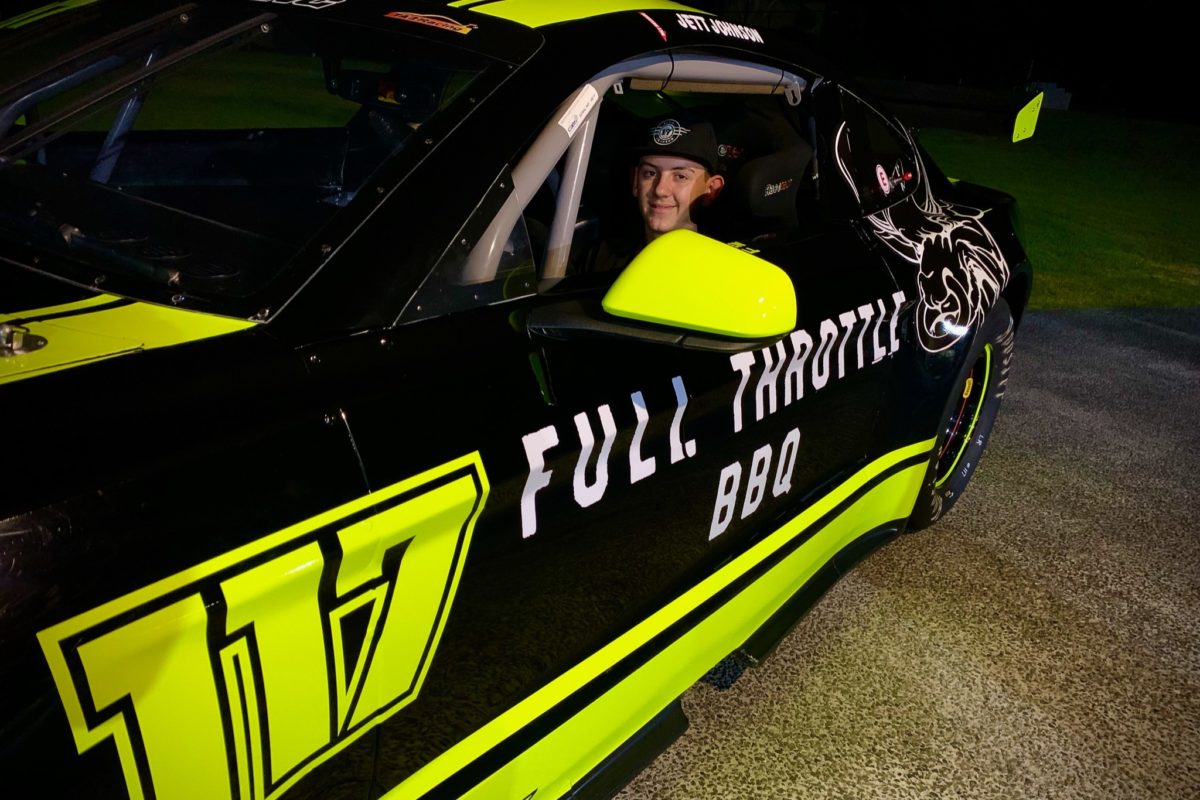 While that is Steven Johnson’s current ride, he also has experience in the New Zealand TraNZam category in the mid-1990s.

“We looked into this whole TA2 category in regards to how they’re cool cars and similar to what I used to race back in the day, and the cost containment that is going on with the rules that are highly scrutinised,” said Steven, who wanted Jett to drive a car which is similar to a Supercar.

“For the cost of the cars and the maintenance, they’re an unbelievably good bang-for-buck car to go racing in a proper series in a proper high-horsepower real-wheel drive race car.

“We’ve got no real expectations this weekend, we just want to get out there, get some experience and get this new chapter of his career going with the TA2s.

“Our plan is to run the rest of the year in all the TA2 rounds and seeing how we go, head down to do the Challenge Bathurst and possibly the Bathurst International event if all goes well, but there’s a few events at QR, Morgan Park and Wakefield Park before then.”

The 2 Days of Thunder round is the first for TA2’s Northern Series.

TA2 action at Queensland Raceway begins on Saturday morning with practice, before qualifying and four races across the weekend. 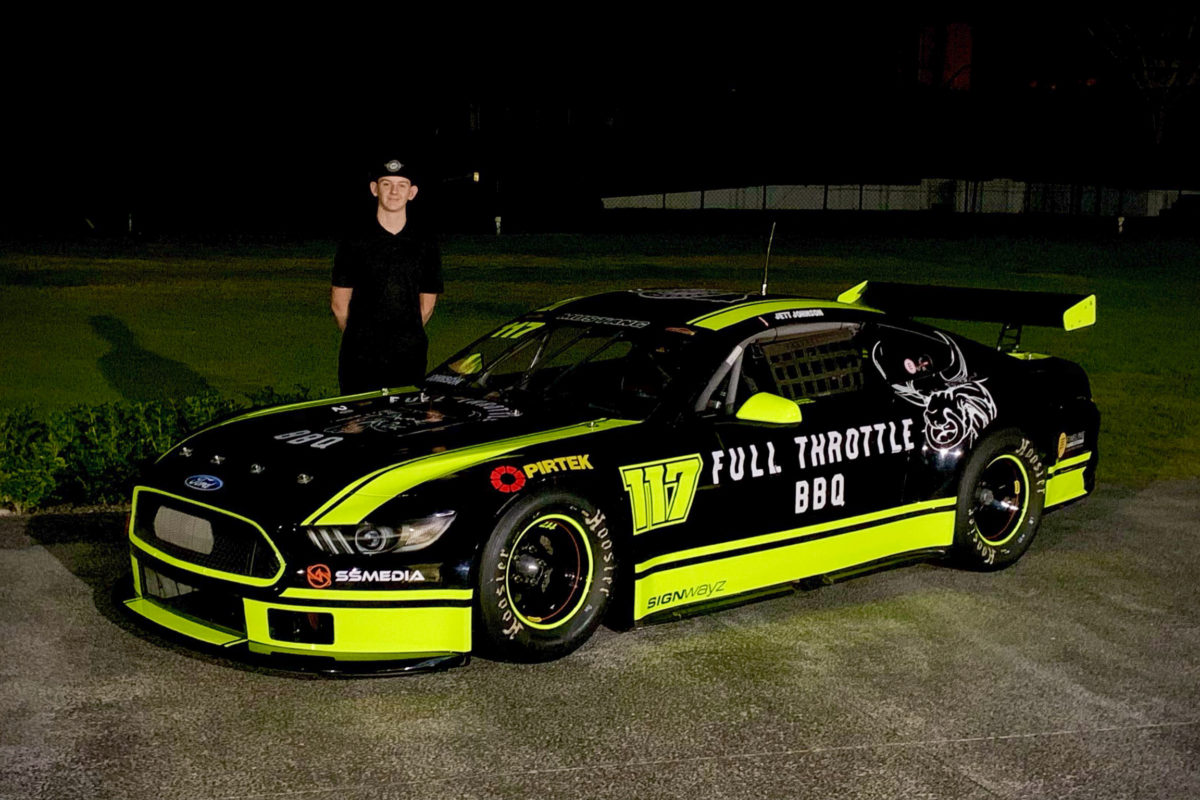