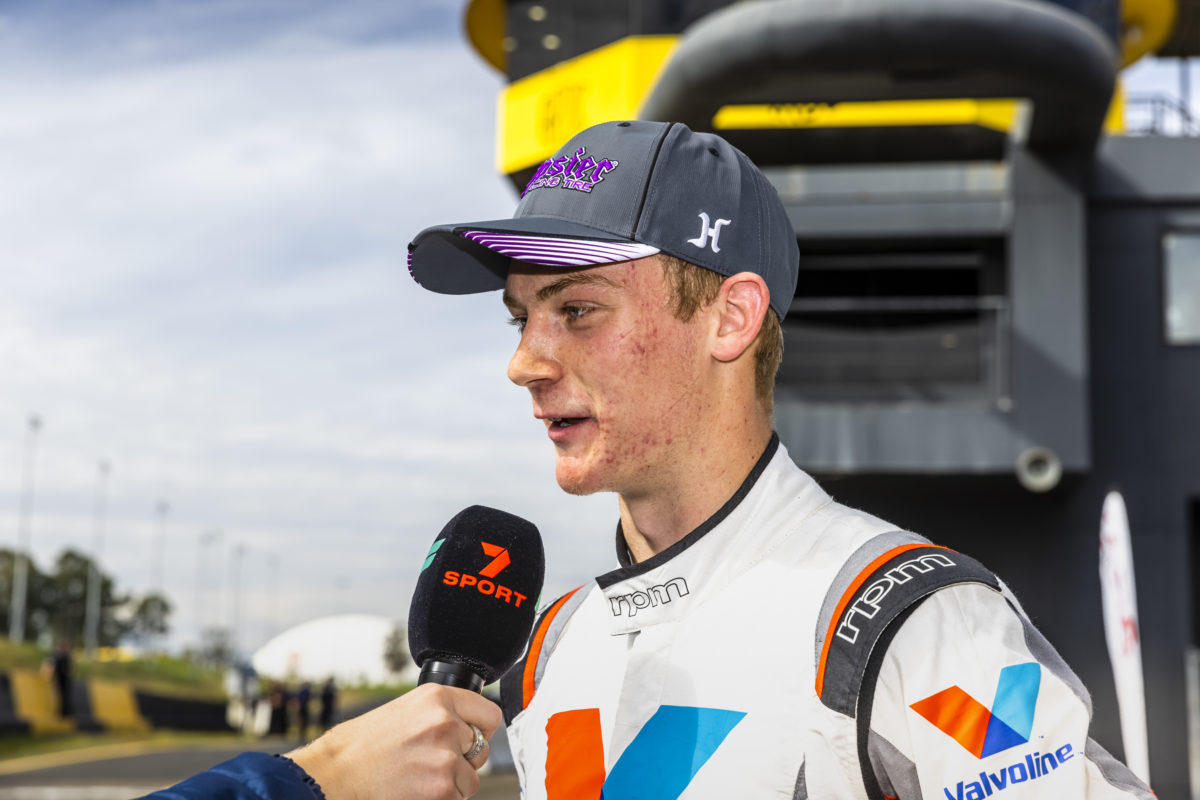 Nathan Herne has relocated to Melbourne to be closer to the Garry Rogers Motorsport outfit for which he competes in multiple series.

Herne is a title contender in the current National Trans Am Series season and was also a front-runner in the 2021 Speco VHT S5000 Australian Drivers’ Championship, driving GRM entries in both.

With the squad being based in the Victorian capital, the teenager has opted to make the move from Lismore, in Northern New South Wales, in a bid to further his career.

“This move to Melbourne is to show Garry and Barry [Rogers] that I’m committed to racing,” said Herne.

“I’ve said to anyone that I know, if I had to live on the side of the road and eat cereal for breakfast, lunch and dinner just to race cars, I’ll do it.

“I’m going out on a limb to make this a career and to learn about the cars, plus about what makes it all tick over.”

Herne has credited GRM stablemate James Moffat for his progress so far.

“James Moffat has been real big for me,” he explained.

“I’ve been talking to him heaps. ‘Moff’ has sort of been the big brother to me, keeping an eye out for me and letting me know what to do.

“He’s been a big motivator behind this move, but at the end of day I’ve got one chance to make it, one life so I’ve just to give it all I’ve got and hope for the best.”

While GRM fields multiple cars in each of the Supercheap Auto TCR Australia Series, S5000, and National Trans Am, Herne is perhaps one of its most prominent after he was denied a Superlicence for its Bathurst 1000 wildcard entry last year.

Furthermore, although Moffat is slated to join the Trans Am field next time out, until then it is only Herne who competes in multiple programmes for the team.

Such is scheduling, he often has to switch between an S5000 and Trans Am in consecutive sessions at an event.

“I’ve just got to pull my finger out this season and do the job. If Garry, Barry or Moff didn’t think I was up for it, somebody would have had a chat to me by now and pulled the pin on one of them.

“But so far, I haven’t had that chat yet so I’ll give a red hot crack and see how we go.”

The next round of National Trans Am is slated for August 13-15 at Morgan Park.

Meanwhile, GRM has announced that Marcos Ambrose has joined its operation in the new role of ‘competition director’.