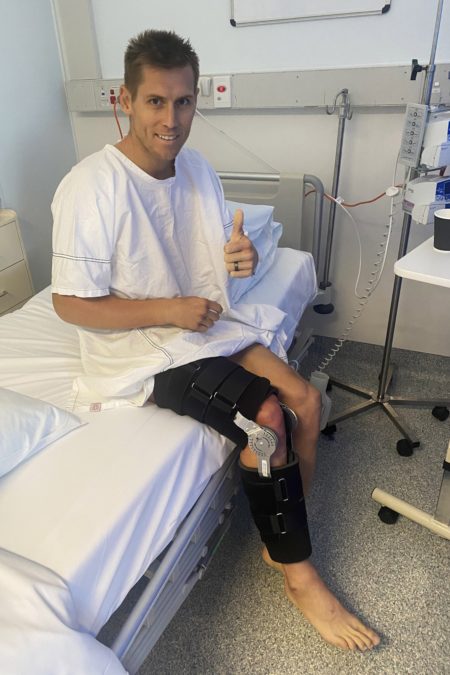 Troy Herfoss has begun his recovery after a crash in the Darwin Australian Superbike Championship round left him with several gruesome injuries, which his Penrite Honda team has now disclosed.

Herfoss went down on the opening lap of Race 2 at the Merlin Darwin Triple Crown event, his bike impacting the airfence at the Turn 3/Turn 4 flip-flop before the rider himself went into the barriers.

ASBK announced later that day that the two-time championship winner was in a serious but stable condition, and it has now been advised that he was operated on that Sunday afternoon in Royal Darwin Hospital.

He suffered a compound fracture of his humerus, femur, and tibia, all on his right-hand side, with the former two injuries requiring surgery.

Herfoss remains hospitalised in a wheelchair but is understood to be set to return to his Gold Coast base this Sunday.

“The 34-year-old was operated on over a six-hour period on Sunday afternoon following the fall, repairing a compound fracture of his right humerus and his upper-right femur to re-attach the broken ball joint.

“A broken right tibia beneath the knee was also discovered upon further scans, not requiring surgery at this point, and Herfoss received a blood transfusion on Thursday following a loss of blood in the incident and subsequent operation.

“In these initial stages of his recovery, while still being hospitalised in the Top End, Herfoss has already been mobile in a wheelchair around the hospital and has been allowed to put touch pressure on his leg.

“Two-time ASBK champion Herfoss had starred on his way to victory in Saturday afternoon’s opening Superbike race of the Darwin Triple Crown, before unfortunately crashing heavily on the opening lap of race two on Sunday.”

With Race 2 not restarted after the red flag due to Herfoss’s crash, he and Oli Bayliss stand as the only two race winners from the Hidden Valley weekend. 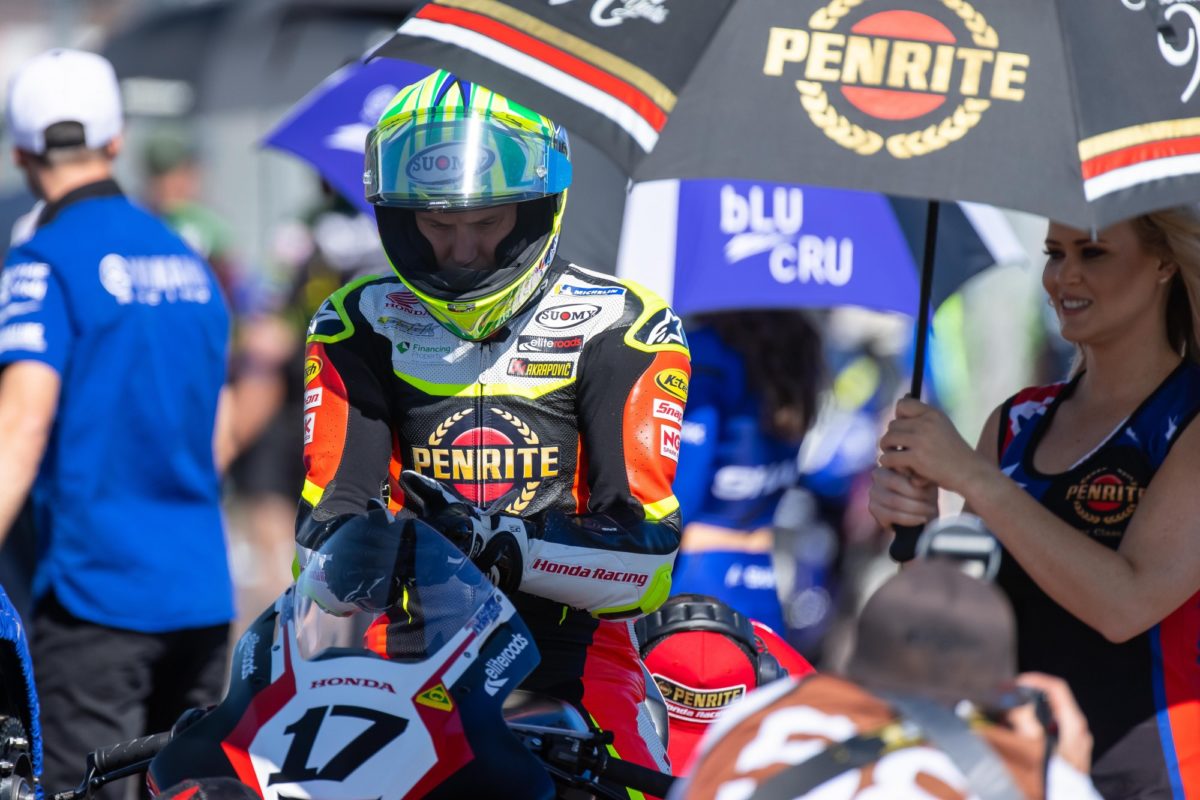 Herfoss on his Honda