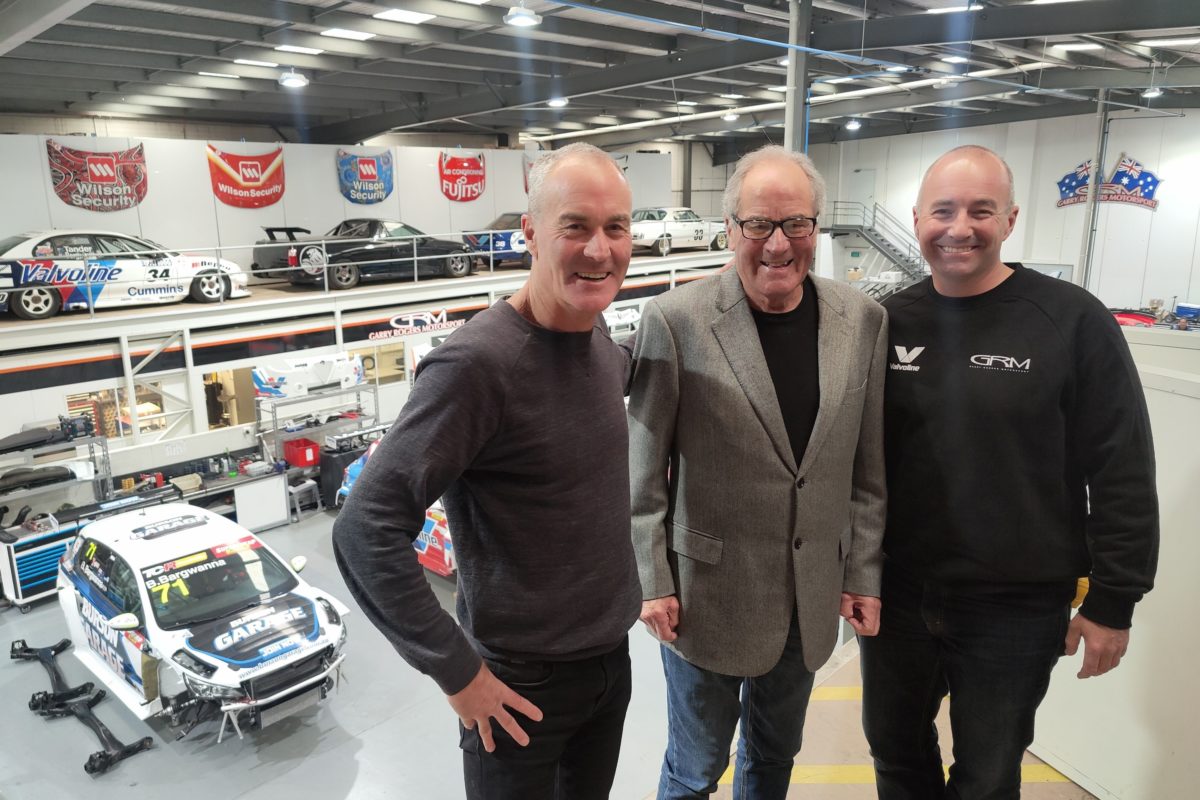 Marcos Ambrose has joined Garry Rogers Motorsport in the role of ‘competition director’.

The two-time Supercars champion will be “actively involved” in a number of areas across GRM’s burgeoning operations, which includes Supercheap Auto TCR Australia, the VHT S5000 Australian Drivers’ Championship, and the National Trans Am Series.

The former Stone Brothers Racing superstar has returned to the spotlight this year in a part-time television punditry role with Supercars.

He has also moved back into competition as crew chief for friend and fellow Tasmanian Owen Kelly, who races a GRM-prepared Ford Mustang in National Trans Am.

However, Ambrose’s links with Garry Rogers go back to his Formula Ford days, when the larrikin team owner supported his then fledgling career.

“My relationship with Garry Rogers goes back to the early days of my racing career,” explained the NASCAR Cup Series race winner.

“Not many people probably know it, but Garry and his long-time sponsor Valvoline supported me in Formula Ford.

“Recently, I have enjoyed getting involved with my good friend Owen Kelly and helping him return to motorsport in the Trans Am Series where GRM has been preparing Owen’s car between races.

“From that, Garry and I chatted about helping the team where I could, both in terms of racing and the future growth of the GRM business.

“Garry and Barry [Rogers, son and team director] run one of the most established race teams in the country and from what I have seen to date they have a very skilful and energetic workforce.

“I have always been passionate about winning and I also enjoy the engineering side of motorsport. Working with the team at GRM gives me a great opportunity to experience both.”

In addition to his motorsport exploits, Ambrose now owns the Thousand Lakes Lodge which was named third in the Lonely Planet’s 2018 ‘Top 10 Best New Places to Stay in the world’ list.

Garry Rogers said, “Having Marcos as a part of GRM is not only fantastic for us as a team, but for the sport and the categories we are competing in.

“We all know Marcos is one of the most respected racing drivers Australia has ever produced. You also don’t win two V8 Supercar championships and race for ‘The King’ Richard Petty in NASCAR without developing a sharp perspective on how to go motor racing.

“That’s not just driving the race car, it’s working with commercial partners, it’s the mechanical side, it’s organising a team… right down to how you pack the transporter.

“We have a brilliant and experienced team, but we never stop learning and the input of Marcos will no doubt help to bring out the best in all of us.”

Barry Rogers is a sizeable shareholder in the Australian Racing Group which owns Supercheap Auto TCR Australia, S5000, and National Trans Am.

GRM directly is also a major player, fielding multiple cars in each of those categories as well as being the technical partner for S5000, including building all 17 of the Rogers AF01/V8 chassis which are currently in existence.

The TCR and National Trans Am seasons are set to resume in mid-August at the rescheduled Morgan Park round, while the 2021/22 S5000 will begin in September at Sandown.