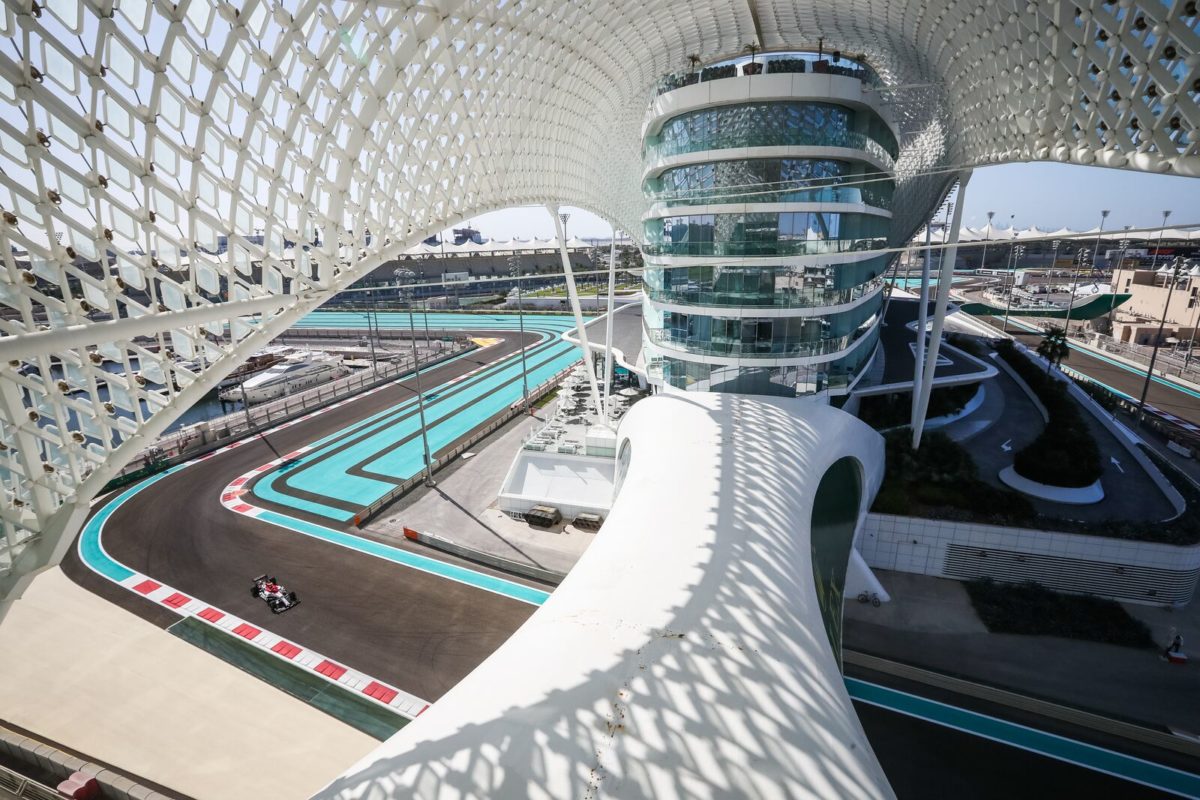 Almost every section of the Yas Marina circuit will undergo changes

Organisers of the Formula 1 Abu Dhabi Grand Prix have detailed planned track works which will drastically change the Yas Marina circuit ahead of this year’s event.

Limited details of the modifications to the venue were hinted at when the 2021 event was formally launched earlier this week.

Changes are set to be made in three areas of the circuit, starting with the entry to the long back straight.

“It’s the first time we’ve made changes to the track since it opened in 2009.

”We are widening the entry into that north hairpin.

“There’s going to be an opportunity to take different racing lines through that hairpin, [and] the apex speed is going to be higher.”

The change will not use the existing track to straight-line the chicane preceding the hairpin, but see the creation of an all-new corner.

“We’re not simply just eliminating the chicane and using that that’s, unfortunately, that wouldn’t work because of the runoff area,” Al Noaimi explained when asked by Speedcafe.com.

“We are modifying that corner in line with the FIA rules.

“So it is going to be a modified corner; it’s not simply just eliminating the chicane and continuing on the existing part.”

While the concept of potentially adding a DRS Zone leading into the reprofiled turn have been discussed, for the moment that remains in the hands of the FIA.

“That’s a question for Formula One and for the FIA,” Al Noaimi said.

“It is something we have brought up, and having a DRS zone in that area would be of interest.”

There will also be significant changes at the other end of the circuit, with Turns 17-20 being replaced with one long, sweeping left-hander.

“Effectively, there’s a series of 90 degree left right, left, left corners that are some of them are off camber, and they’re slow corners,” he explained.

“We’re eliminating all of those and we’re creating a single wide banked corner in that area.

“That, to us, is going to be the iconic corner of the Yas Marina circuit.

“It’s going to have a wide entry, obviously cars will be entering that corner at a higher rate of speed, higher apex speed, different racing lines, and higher exit speed into the hotel section of the of the of the track.”

Other tweaks will be made in the final sector of the lap, with the radius of turns in the ‘hotel complex’ eased.

That includes tweaks to the final two corners, the penultimate turn expected to now be held full-throttle.

“What we’re doing over there is we’re opening up the radius of those corners, effectively allowing the cars to run faster through them, and maintaining a flow through that section,” Al Noaimi explained.

“The last thing about that section that’s exciting is what’s currently known as Turn 20 is going to be a flat out corner in an F1 [car].”

The changes will see the track length reduce and the number of laps increase as a result, though Al Noaimi was coy when asked about the impact on lap times.

The Yas Marina circuit first joined the F1 calendar in 2009 and is arguably best remembered for the dramatic 2010 season finale in which four drivers had a shot at the world championship.

However, it has often been criticised for producing lacklustre, processional racing.

This year’s event is again poised to be final round of the season, as has become its custom, with an anticipated crowed of 16,000 fans (30 percent capacity) in attendance.