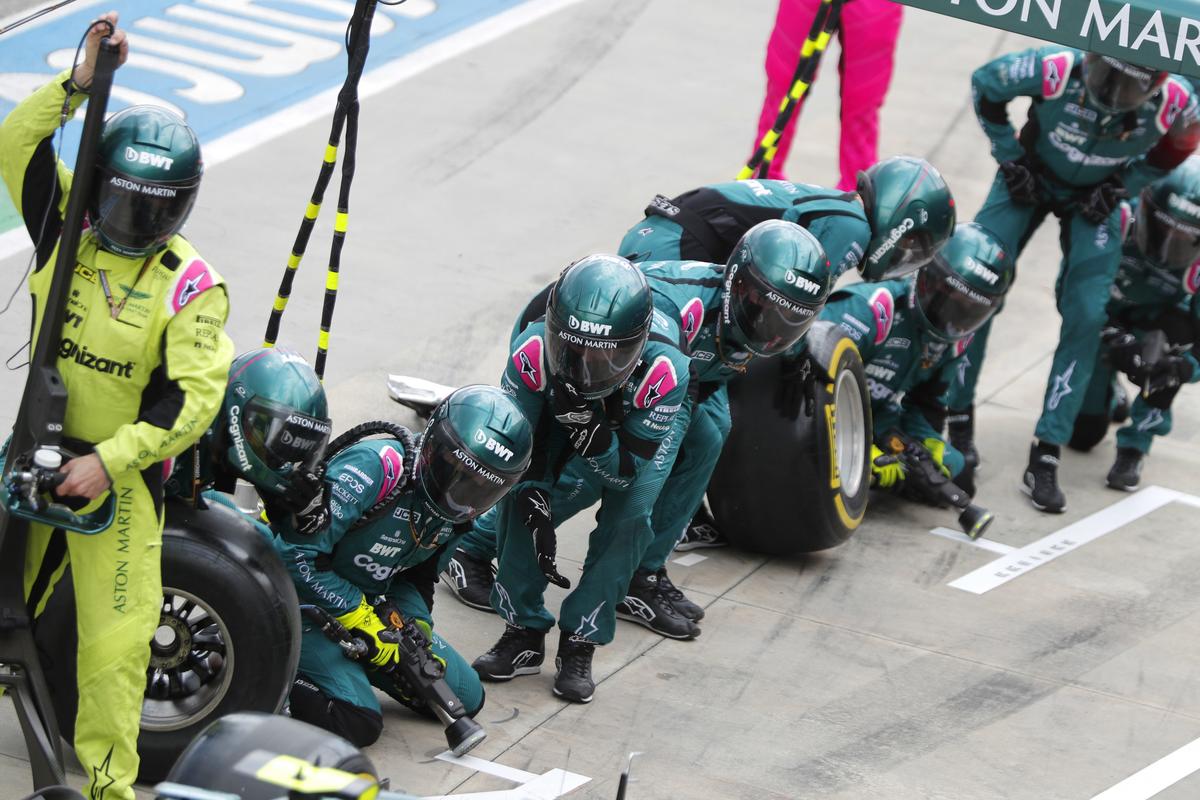 Aston Martin has announced a restructure of its technical staff

Green’s new role will see him take charge of the operation’s technical strategy as a whole, supported by the Performance Director, Engineering Director, and Technical Director.

Set to join Aston Martin from Sauber (Alfa Romeo), Luca Furbatto will take on the position of Engineering Director.

That will see him take responsibility for factory engineering support and projects, including structures, reliability, and R&D.

The team is hunting for a new Technical Director to take on the role from Green.

It’s a role which takes the lead on aerodynamic development, overall car design and short- to medium-term technical strategy.

“As Andrew Green takes on this important strategic technical role, I am pleased to outline our new structure that will add real strength in depth to our technical operations,” Otmar Szafnauer, Aston Martin team principal said.

“In Tom, we have an experienced and talented engineer, who will continue to be responsible for trackside performance as well as the many factory-based performance functions.

“He is a strong leader, who has contributed a huge amount to the team’s success over the last eight years.

“With Luca Furbatto adding expertise to factory operations, focussed on the technical support areas, we have brought in another excellent people manager with great expertise in his areas of responsibility.

“Both men will report to Andrew Green, as will the soon to be appointed new Technical Director.

“Everybody at Aston Martin Cognizant Formula 1 Team aims to win grands prix and world championships, and this new and improved structure we have created mirrors that of the most successful teams in Formula 1 today.”

Aston Martin currently sits sixth in the constructors’ championship on 40 points, five down on AlphaTauri after seven races.