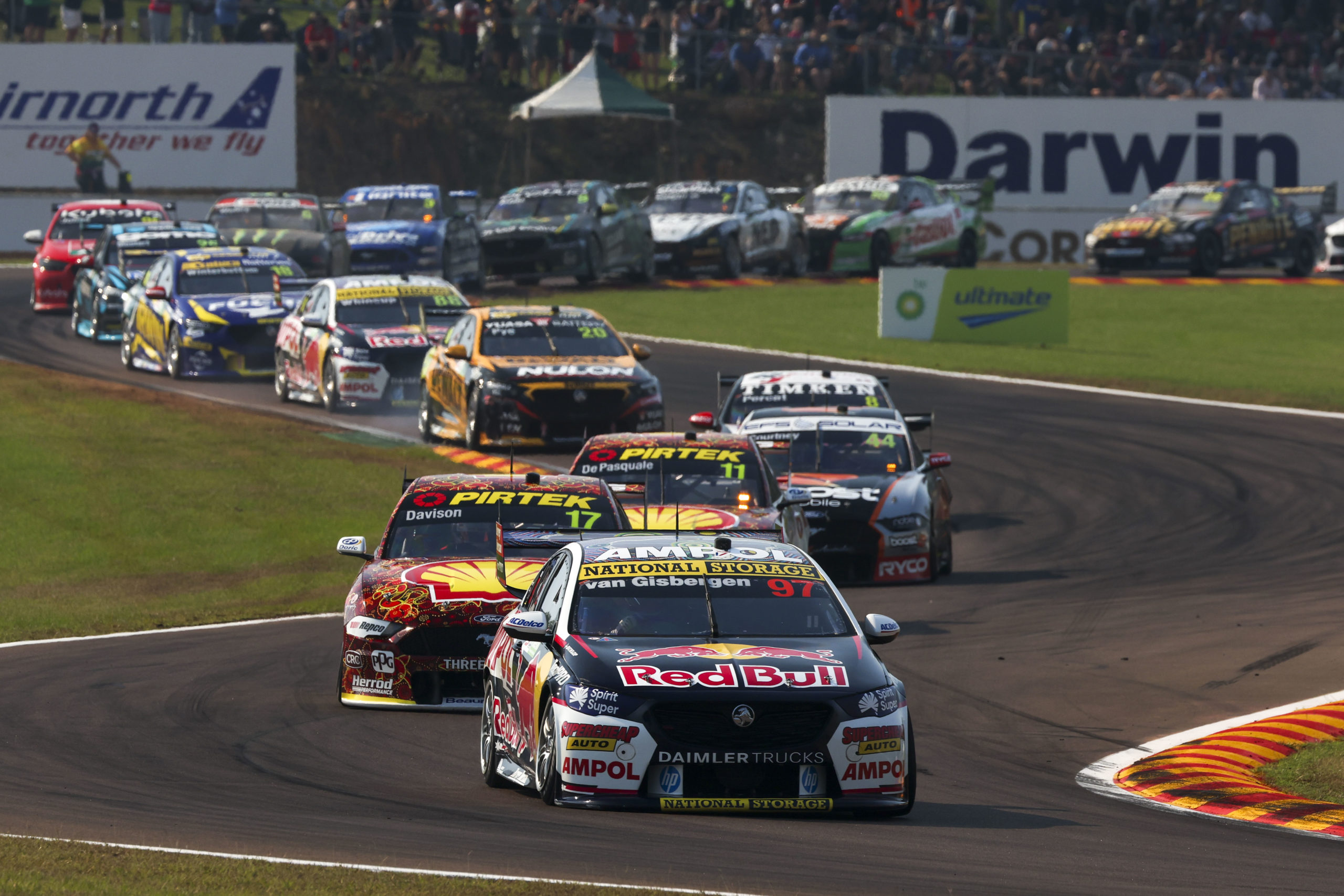 Supercars’ sojourn to the Northern Territory gave teams a needed reprieve from the mid-winter blues for a summery weekend away.

In this edition of Standouts, Shockers, Surprises, we look at all the big talking points from the Darwin Triple Crown. 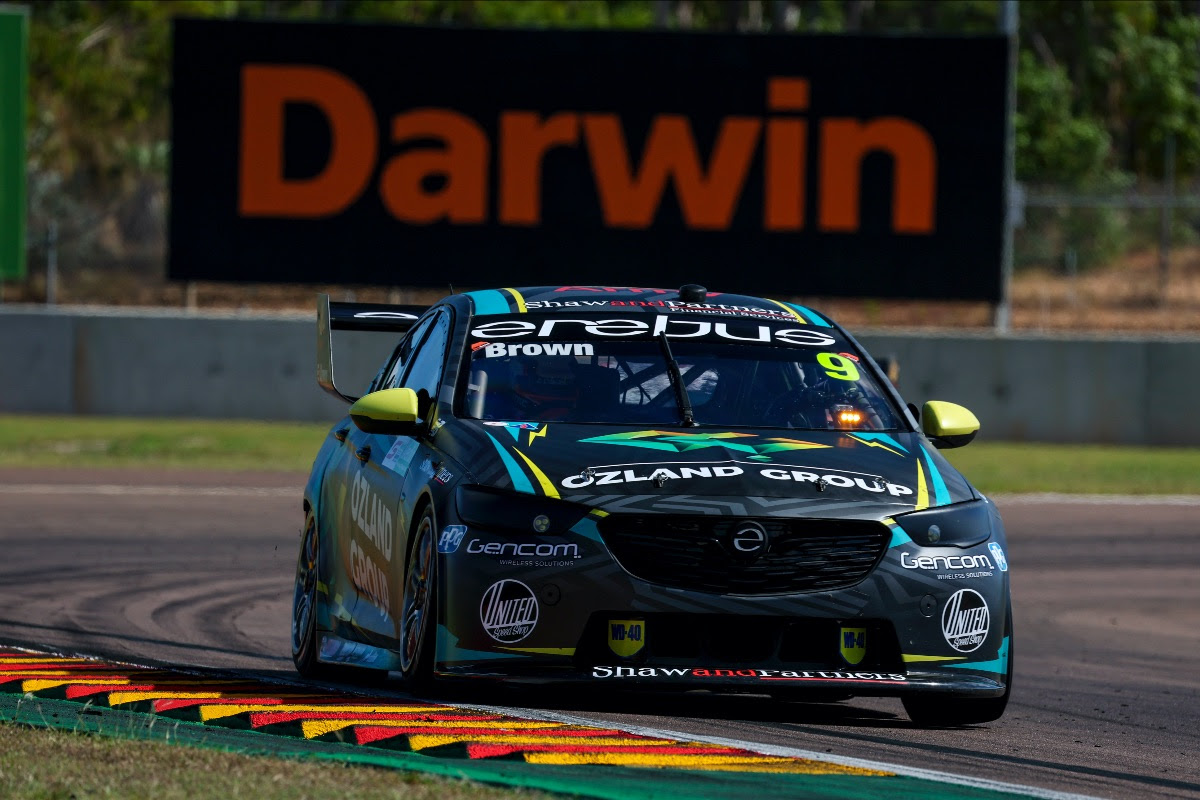 Will Brown claimed a season-best fourth in Race 12

While it was a miserable race for some of the more experienced campaigners, Race 12 proved to be a golden opportunity for the young guns.

Best of all was Erebus Motorsport driver Will Brown, 23, who claimed a season-best fourth place finish in what was his first race in Darwin.

Brothers Jake Kostecki, 21, and Kurt Kostecki, 22, were the real surprise in fifth and sixth respectively for Matt Stone Racing and Walkinshaw Andretti United.

Not far behind them, cousin Brodie Kostecki of Erebus Motorsport was another strong showing in eighth with Tickford Racing wildcard Thomas Randle ninth.

Zane Goddard had also featured in the Top 10 Shootout that day.

Brown was arguably the best of the young guns across the course of the three races, finishing eighth and 10th in Race 13 and Race 14. 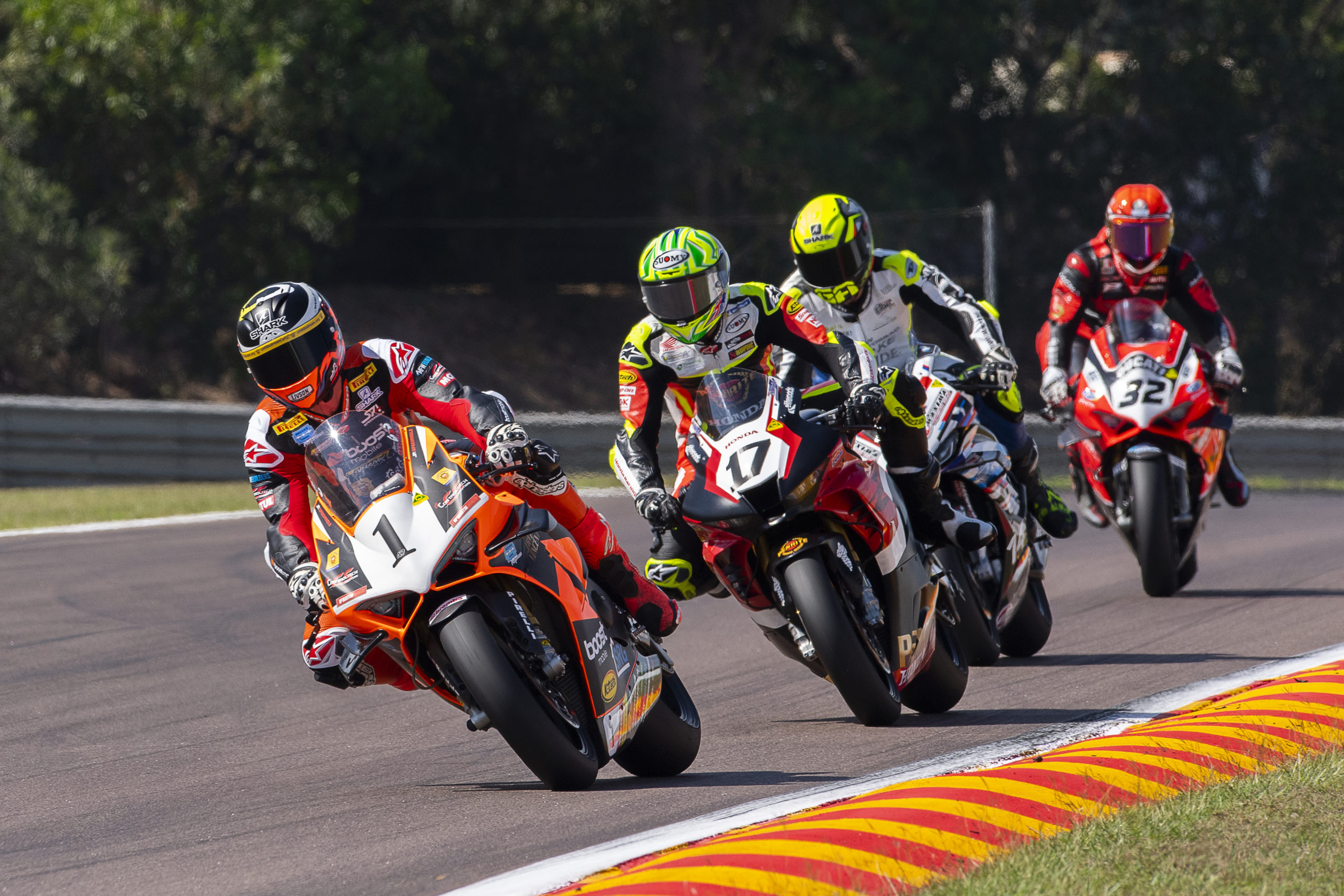 The Australian Superbike Championship was a standout in Darwin

Darwin does it right

Supercars and the Northern Territory Major Events Company must be given some credit for putting together one of the best events of the year thus far.

There was a real festival atmosphere in Darwin, whether that was at the track or in town.

Stadium Super Trucks, Superbikes, drag racing, and local sedans made for an eclectic mix of support categories that catered to just about every appetite.

The Australian Superbike Championship made a really good reason why it should be a frequent feature on the Supercars support card, not to mention the spectacle that a Superbike versus Supercar exhibition provided.

The drags, which felt like they went just about all night on the Friday, were a fan favourite with the front straight absolutely packed to the brim.

Darwin definitely did it right. 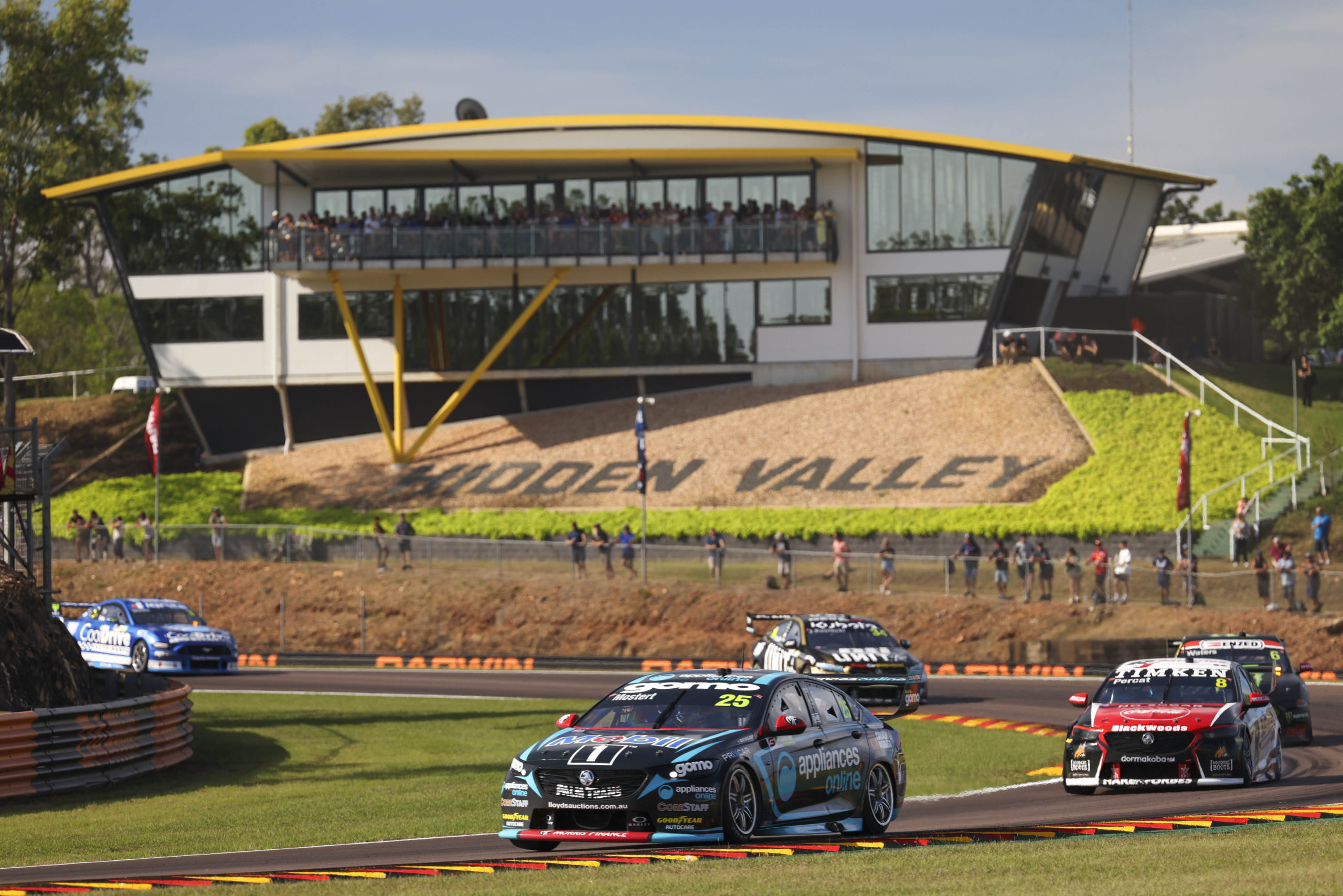 Mostert makes the most of it

Shane van Gisbergen may have walked away with back-to-back wins on Sunday, but it was Chaz Mostert who left Darwin with the most points of all.

A win in Race 12 was followed up with two fourth place finishes in Race 13 and 14.

In every instance, Mostert made significant headway in the race, having qualified no better than eighth.

It’s that kind of effort to maximise a race weekend that is crucial to contending for a championship.

Van Gisbergen continues to hold a significant advantage atop the standings, but Mostert is arguably the man most likely to give him a run for his money. 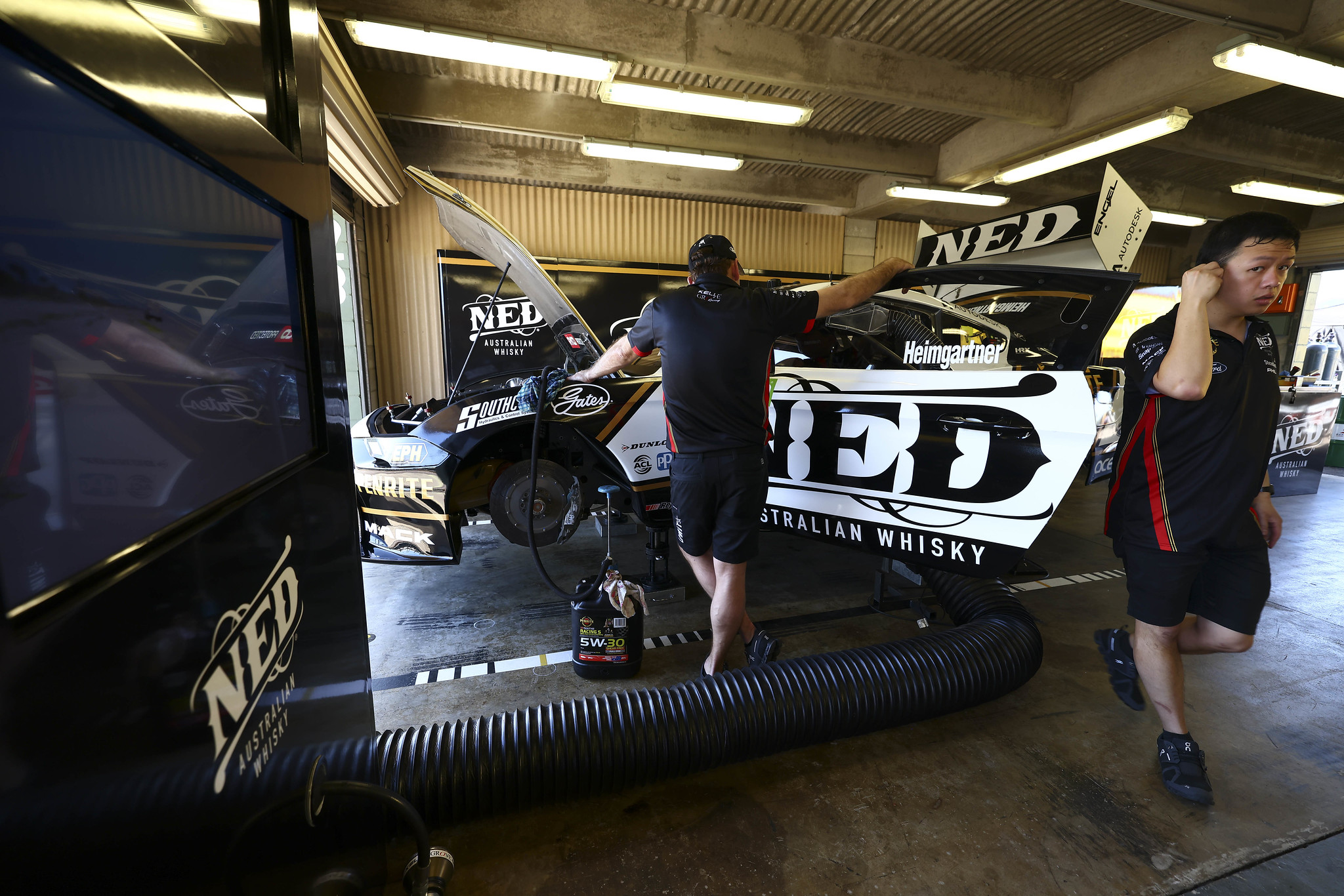 After the jubilation of Andre Heimgartner’s success in Tailem Bend, Kelly Grove Racing came crashing down to earth in Darwin.

What dominant pace Heimgartner had at The Bend vanished at Hidden Valley, he and team-mate David Reynolds locking out the back row for Race 12.

A mechanical failure for Heimgartner in Race 14 added insult to injury, the best he could manage a 15th place finish to open the weekend.

What’s gone wrong? It would seem the team has been left scratching its head. 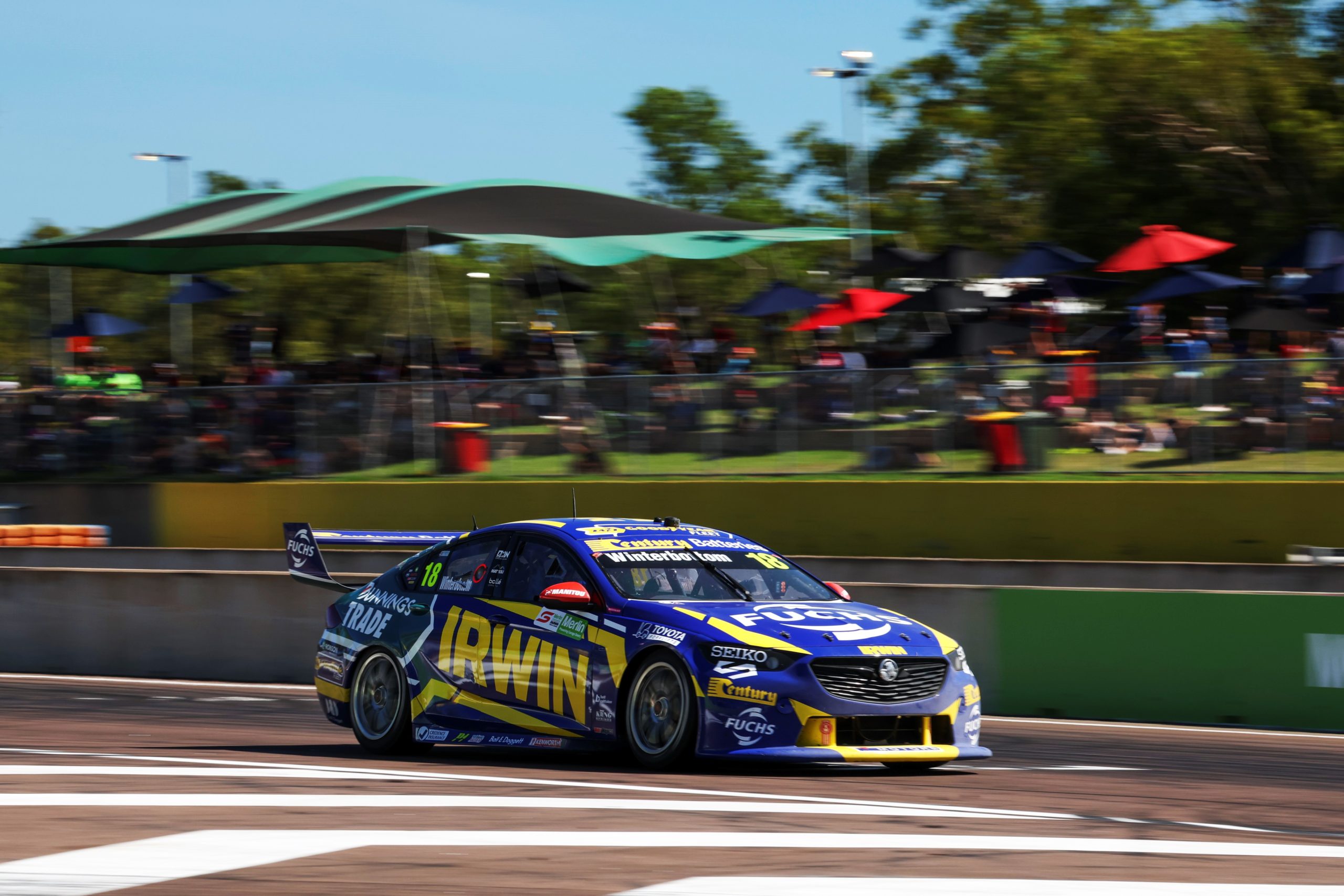 Mark Winterbottom missed out on a winning chance

That first win for Team 18 feels like a case of if, not when.

But how long can one wait?

Mark Winterbottom and Scott Pye did almost everything right in qualifying, securing second and fourth on the grid respectively to set themselves up nicely for a strong run in Race 12.

If anything could go wrong, it did for the power tool-backed pair.

Winterbottom’s car coughed as it rolled up to the line and spluttered as he got it going off the line.

Meanwhile, an overeager Pye tried to put his nose where it shouldn’t have been and triggered a first corner multi-car pile-up.

Damage to both cars put an end to their respective efforts, neither quite able to replicate their Saturday qualifying pace come Sunday.

In the end, Winterbottom’s seventh was the best result. 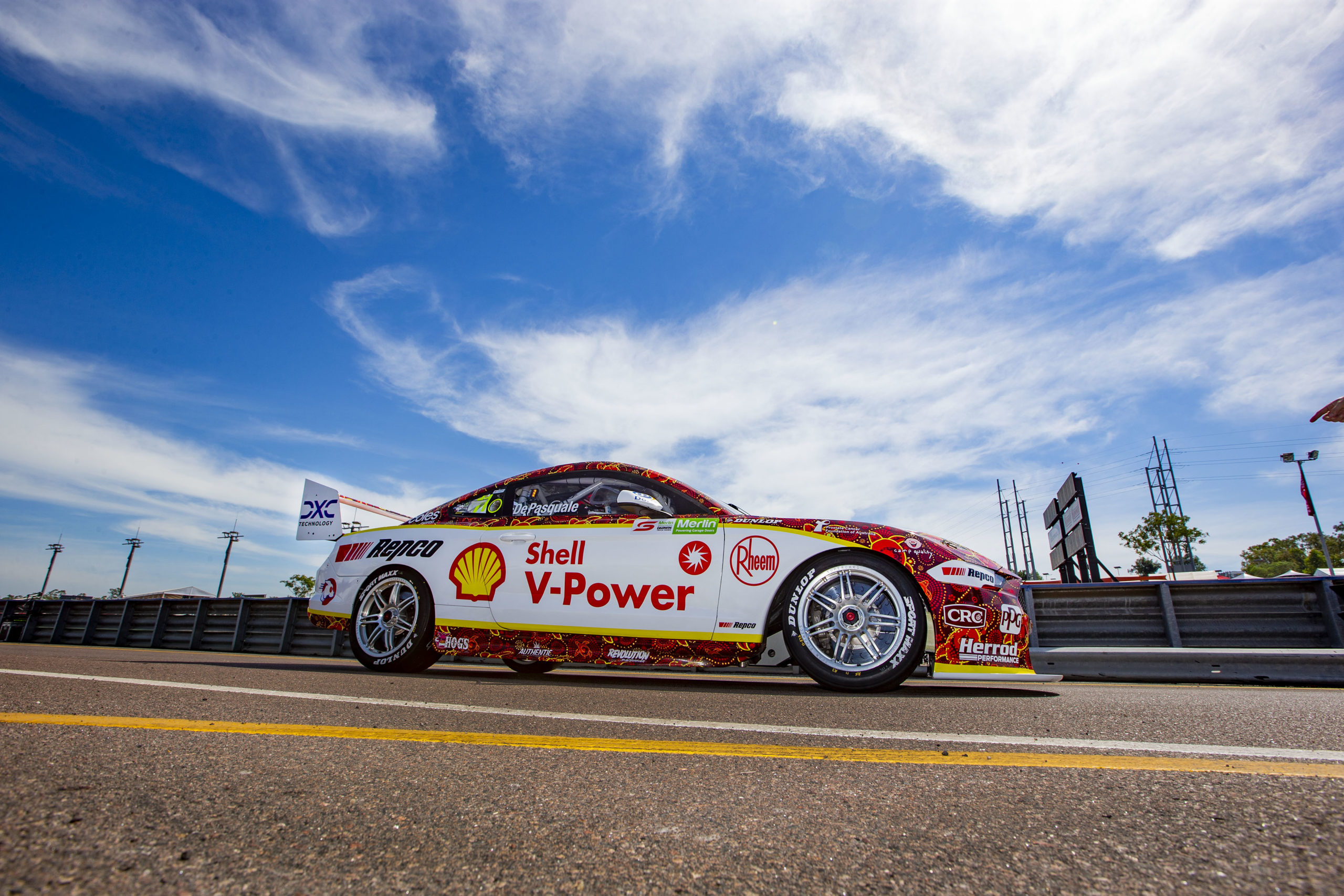 The highest profile victim was that of van Gisbergen, who suffered a stuck wheel nut while leading the way in Race 12. Team 18 driver Scott Pye would suffer a similar issue the following day.

De Pasquale was dealt a bad hand twice, falling victim to a button parting company with a rattle gun in Race 13 before stalling exiting his pit bay later that afternoon in Race 14. 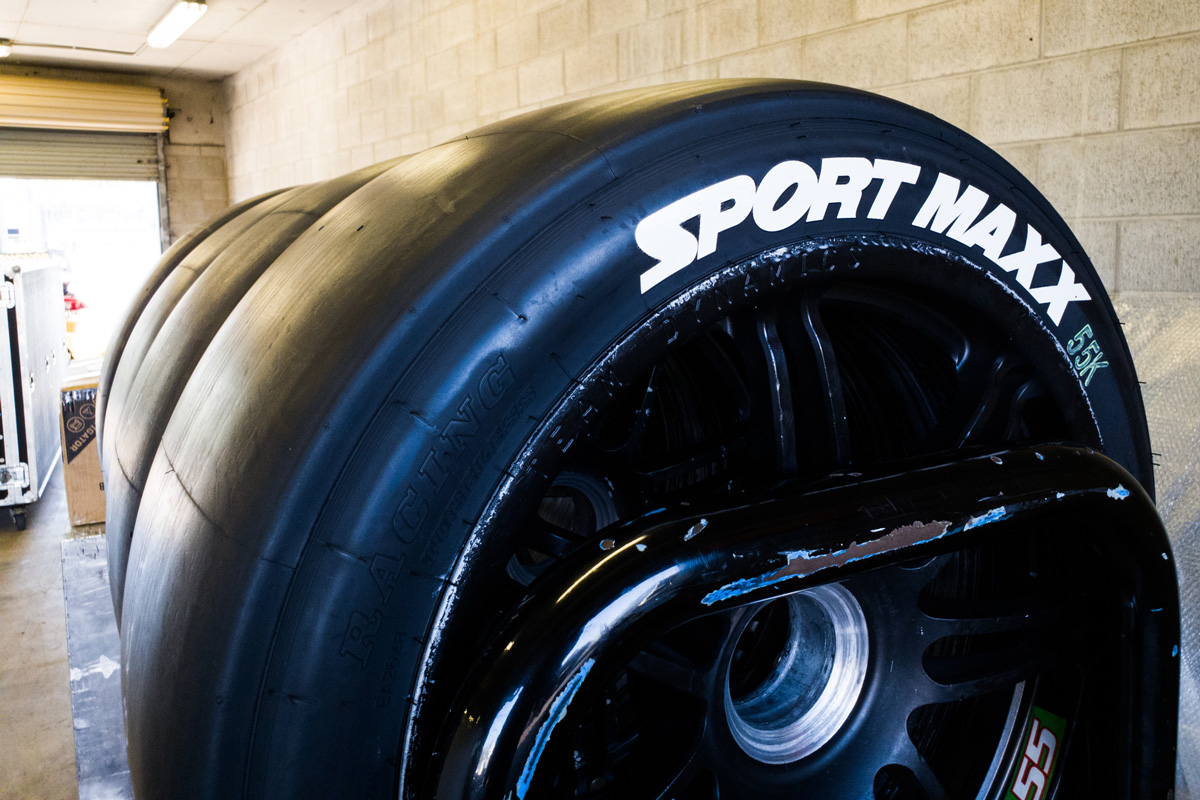 Expectations leading into the Darwin Triple Crown were that the arrival of the new Dunlop super soft tyre would cause some headaches.

With the way the tyre degraded, Supercars could have just brought its soft tyre and no one would have noticed much of a difference to the racing.

In saying that, it was a trouble-free debut for the new compound and the racing was still entertaining, though not due to the drop-off expected.

The general consensus throughout pit lane was that the Hidden Valley asphalt is some of the best in the country, its low aggregate providing nearly no wear and an extremely grippy surface. 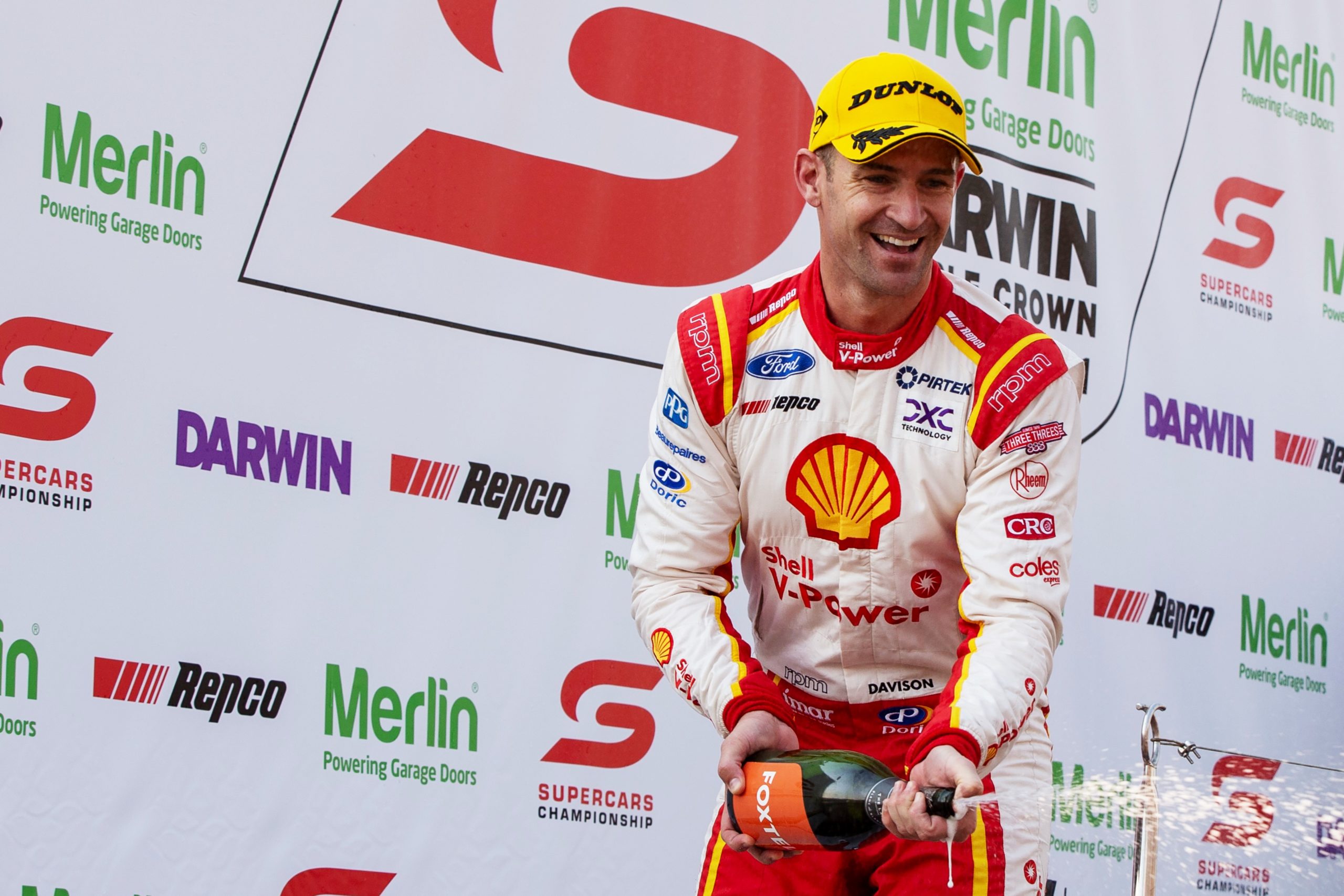 It was a weekend of mixed emotions for Will Davison in Darwin.

Davison reset the qualifying lap record, then bettered his own benchmark just a matter of minutes later.

Starting on the dirty side of the road, Davison got beat off the line from pole position twice by van Gisbergen.

It’s hard to believe Davison’s last win was the 2016 Bathurst 1000, though it’s not hard to fathom that drought will be broken soon. 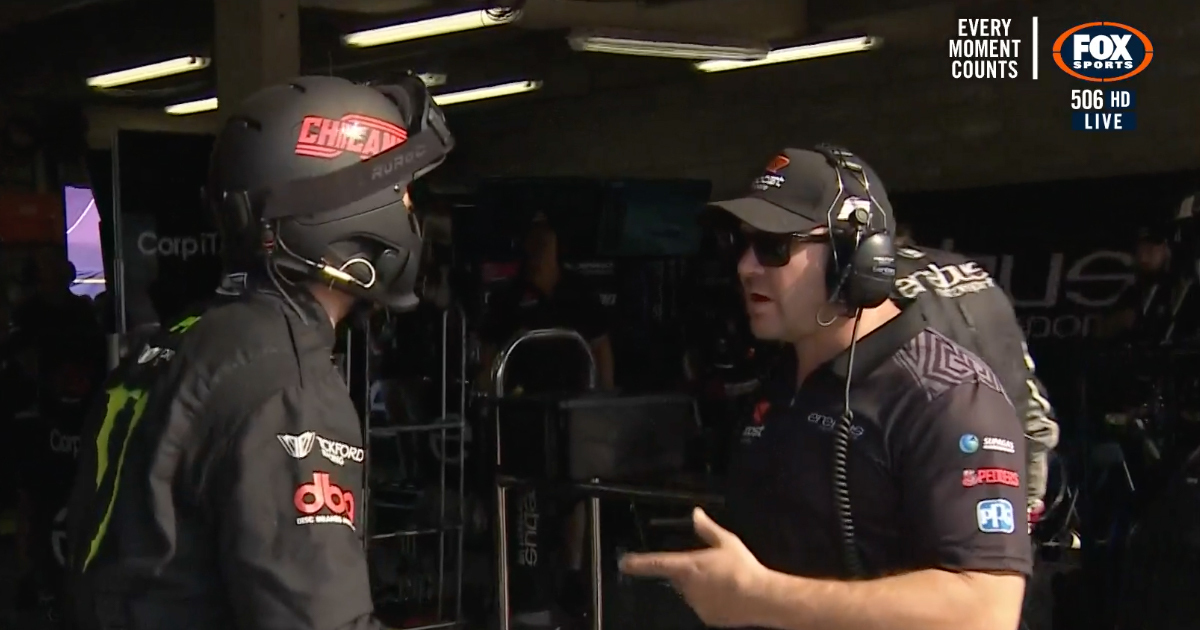 How good was it to see some people in the pit lane properly at loggerheads?

Blanchard Racing Team’s Brendan Hogan flew off the handle at Erebus Motorsport boss Barry Ryan, who lapped up the tirade with one of his own.

Add to that, a few f-bombs made the broadcast that extra bit interesting.

Series stalwarts gave the journos a few good one-liners too, as James Courtney and Jamie Whincup fired a few grenades.

Brodie Kostecki hasn’t shied away from a tear up too and a coming together with Courtney in Race 12 seemed almost an inevitability.