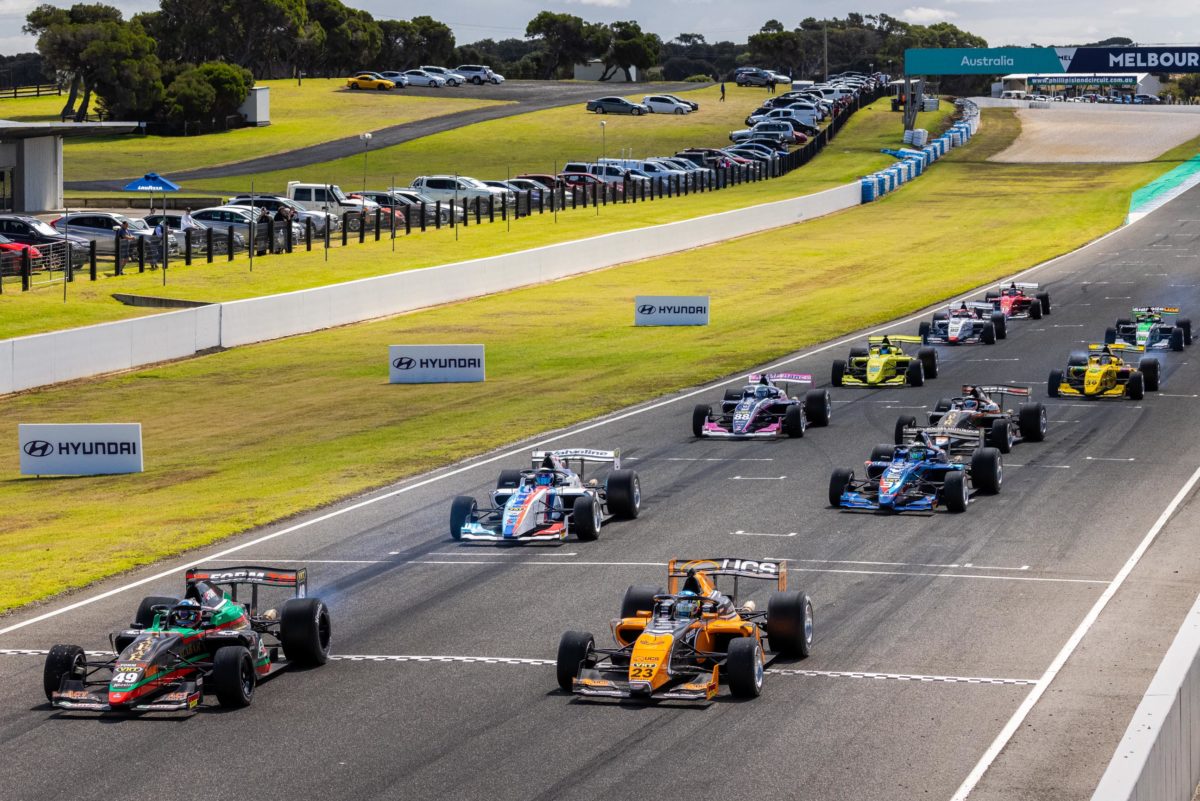 A new points structure was announced this morning in relation to how drivers can accrue the necessary 13 points to become eligible to appear in the Repco Supercars Championship.

Among the adjustments will be an increase to the points associated with finishing places in the S5000 Australian Drivers’ Championship.

That includes 12 now for the winner, and points awarded all the way down to ninth in the championship.

“While there are those in S5000 purely to contest a top-level open-wheeler championship, it’s now entirely viable as a means of qualifying for Supercars should that be a driver’s ambition,” said Lambden.

“There are many pathways to take but S5000 makes a lot of sense for drivers especially with the Superlicence points now matching.

“S5000’s most recent relevant predecessor – Formula Holden – crowned young Gold Star champions such as Mark Skaife, Rick Kelly and Jason Bright and they all ‘did okay’ in Supercars racing after winning the Australian Drivers’ Championship.

“The economies built in to S5000 result in a highly affordable series budget for a category at this level, which means there are young racers out there who can help fulfil their career ambitions by racing in a high-profile category with a reasonable level of sponsorship input.”

An important tweak to the four criteria for eligibility also cemented the Super2 Series’ place in the pathway.

The National Trans Am Series was another to be bumped up, with the title winner receiving seven points.

Nathan Herne, the driver at the centre of a Superlicence controversy last year when he was rejected dispensation to compete in the Bathurst 1000, praised the move.

“It’s a real credit to Motorsport Australia, Supercars and everyone involved in the decision process for the Superlicence,” said Herne, who competes in both S5000 and Trans Am.

“They’ve listened, and that’s all you can ask.

“They’ve probably got the hardest job in Australia, they’re the ones that look after motorsport and they’re not always going to be making the right calls in a competitor’s eyes such as myself last year with the Superlicence.

“I take my hat to them for at least listening and giving us a chance.

“I hope that if I do get the chance to go to Bathurst I can have a good result, keep clean and show that the decision made was the right one in trusting the ARG categories as Superlicence scoring classes.”